Part of the Lancashire set-up since the under-11s, Lamb is Thunder's standout top-order batter and an England international 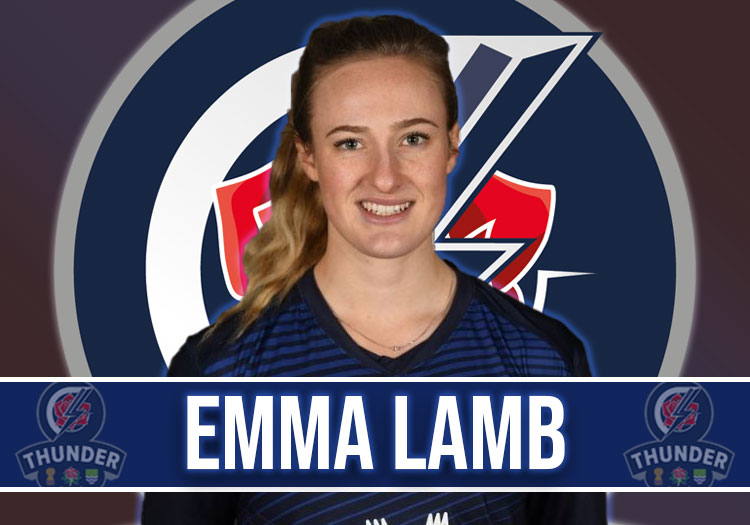 Emma Lamb is the sister of Lancashire allrounder Danny Lamb and a long-standing member of the county set-up.

She made her senior debut for Lancashire in 2012, scoring her first century a year later, and later represented Lancashire Thunder in the Kia Super League, scoring 329 runs and taking 21 wickets in 30 appearances.

However, since the regional restructuring in 2020, Lamb has been one of the standout players on the domestic circuit, scoring 237 runs at 47.40 in the Rachael Heyhoe Flint Trophy and a further 218 runs at 72.66 in the Charlotte Edwards Cup last season. She also took 13 wickets.

Her standout performance came in the opening T20 of the season, when she scored 58 runs off 43 deliveries with the bat and took 4 for 13 with the ball against Northern Diamonds. She also scored a century against Sunrisers at Old Trafford, blasting 111 runs off 61 balls in a display of her potent big-hitting.

She represented Manchester Originals in the The Hundred before making her England debut against New Zealand last September. She went on to make one ODI appearance during the Women's Ashes and played against Pakistan in the 2022 Women's World Cup.