Part of the Lancashire set-up since the under-11s, Threlkeld made her Lancashire Thunder debut in 2016 and scored 285 runs in 30 Kia Super League appearances 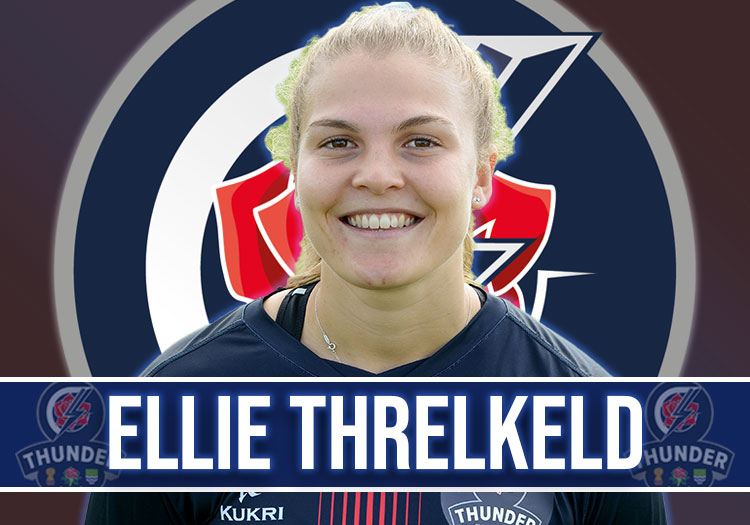 On the fringes of the England set-up, Ellie Threlkeld is a huge wicketkeeping talent and the front-runner to take over the gloves when Amy Jones retires.

Part of the Lancashire set-up since under-11s, she made her Lancashire Thunder debut in 2016 and scored 285 runs in 30 Kia Super League appearances, never missing a fixture.

In 2020, she scored 114 runs in six matches, including a half-century against Lightning, and completed one catch and four stumpings.

She followed it up with 229 runs, 10 catches and four stumpings across both formats in 2021 as well as representing Manchester Originals in The Hundred and England A during their winter tour of Australia.

Batting in the top-order, she often plays an anchoring role behind the more aggressive Emma Lamb and favours strong running between the wickets over big-hitting. She finished the 2021 season with a knock of 70 not out against South East Stars, a strong indication of her potential with the bat.

She represents Rainford CC at club level and was previously a centre-forward for Wigan Athletic. A professional cricketer since 2020, she is also studying for a master's in sports pyschology at Loughborough University.