The daughter of former Derbyshire player Frank, Cordelia Griffith made her county debut more than a decade ago as a highly rated teenager 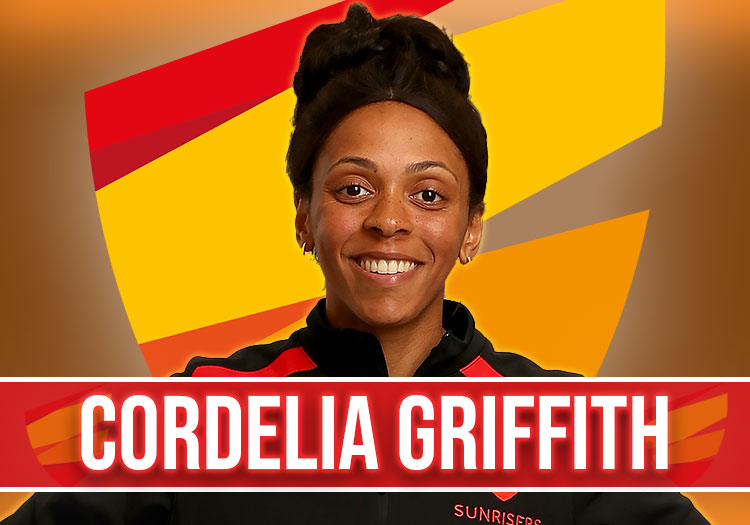 The daughter of former Derbyshire player Frank, Cordelia Griffith made her county debut more than a decade ago as a highly rated teenager, then representing Essex, for whom she played until 2018 when she joined Middlesex – initially on loan, before signing permanently.

By then, much was expected of the batter. Griffith's breakthrough came first in 2013, when she became a regular in her county side, and then in 2016, when she struck 177 runs in the County Championship, averaging more than 35 in the process.

In the same year, she took on the captaincy, recording her maiden county hundred in 2017 against Gloucestershire – a knock that helped to clinch promotion for Essex to the competition's second tier.

That individual success continued upon leaving for Middlesex, topping the team's run-scoring charts in the 2019 Twenty20 Cup, while also representing Yorkshire Diamonds in the Kia Super League, having previously turned out for Surrey Stars.

In 2021, she was named as Sunrisers' batter of the year and players' player of the year, top-scoring in both regional competitions.

Griffith, who has also represented England at age-group and academy level, made four appearances in the inaugural edition of the Rachael Heyhoe Flint Trophy, scoring 84 runs.