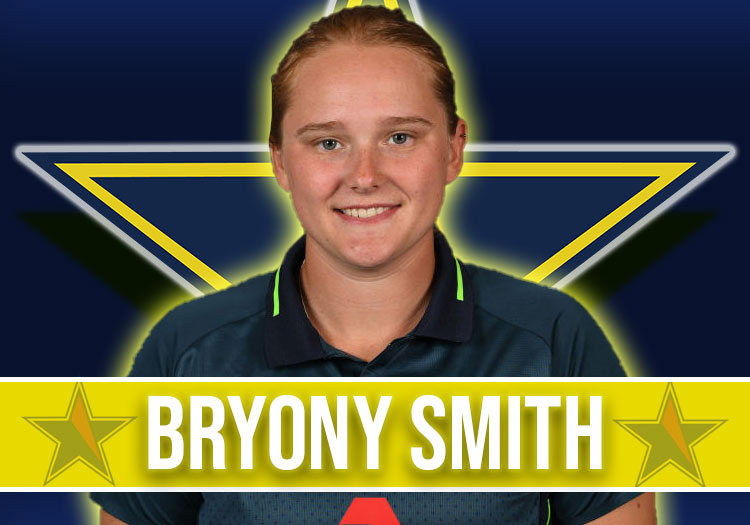 Bryony Smith is a destructive allrounder who was awarded an England central contract in 2019.

The offspinner plays domestically for Surrey and across two summers from 2018 to 2019 hit 603 runs at an average above 40.

Smith was also part of the Surrey Stars squad which won the 2018 Kia Super League.

Making her England debut in 2018, the Sutton-born cricketer has made three T20I appearances and has been capped once in ODIs - as of April 2022.

Along with fellow Star Grace Gibbs, Smith is an ambassador for he London Cricket Trust, a charity formed by Essex, Kent, Middlesex and Surrey County Cricket Clubs which aims to 'put cricket back into London's parks'.

Despite a mediocre showing in The Hundred, she enjoyed a terrific regional year in 2021, picking up 14 wickets as South East Stars won the inaugural edition of the Charlotte Edwards Cup, while also heading up Stars' batting in the Heyhoe Flint Trophy, where she scored 252 runs, averaged 42 and scored at better than a run per ball.

She was subsequently included on the England A tour of Australia that ran concurrently with the Women's Ashes series.