The left-hander made her professional debut for Hampshire aged 13 in 2008 and hit a maiden half-century just two days after her 15th birthday, scoring 75 against Derbyshire 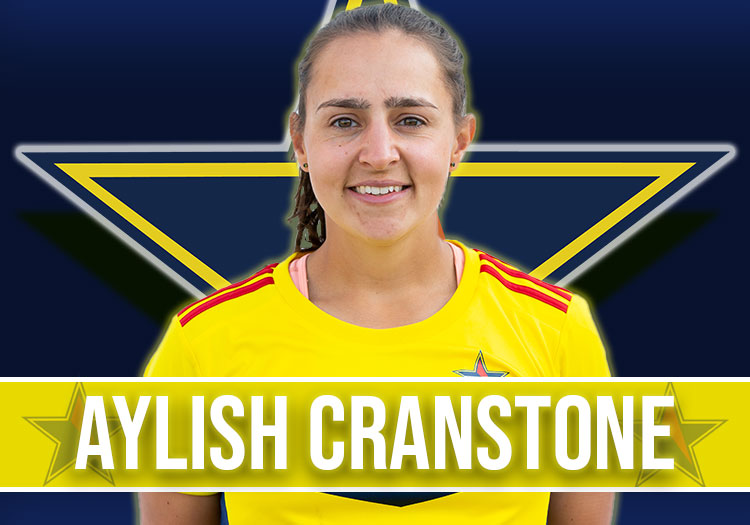 Aylish Cranstone had a quiet summer with the bat in 2021 for the most part but came alive on Finals Day of the Charlotte Edwards Cup, playing a key role in the final against Northern Diamonds and setting her side on the way to victory.

Cranstone plays county cricket for Surrey, having spent five seasons at Devon where she was their leading Championship runscorer in the 2012, 2013 and 2016 seasons.

One of few left-handers on the domestic circuit, she made her professional debut for Hampshire aged 13 in 2008 and hit a maiden half-century just two days after her 15th birthday, scoring 75 against Derbyshire.

Having established herself as one of Hampshire’s top batters, she joined Devon in 2011.

Cranstone is also a capable left-arm seamer and has best one-day bowling figures of 5 for 5.

The following summer brought a maiden century, an unbeaten 108 from 128 in a three-wicket Championship win against Kent.

She finished the inaugural Rachael Heyhoe Flint Trophy in style, scoring 46 from 66 in a match-winning partnership of 114 with Alice Capsey against Sunrisers and ended the competition with 116 runs at 19.33.