A graduate of Exeter University with a degree in sports science, Carr has also coached alongside her playing career, winning the ECB’s young coach of the year award in 2016 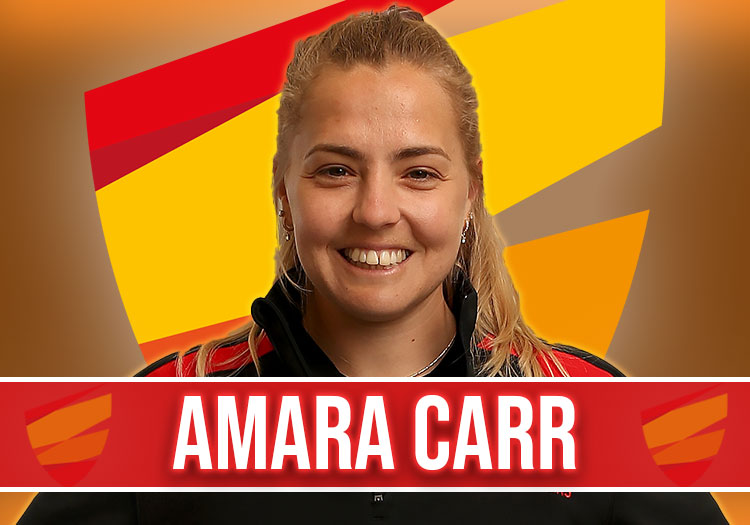 Former Devon stalwart Amara Carr was picked by Sunrisers' then-head coach Trevor Griffin as his captain for the 2021 domestic campaign – a nod to her experience in an otherwise youthful group of players – but had handed over the role to Kelly Castle by the end of the summer.

The wicketkeeper, who made 99 in a defeat against South East Stars in 2020 – the highest score by a Sunrisers player in the inaugural edition of the competition – made her county debut at the age of 14.

Her talent at an early age saw her form part of the England development squad that won the European Cricket Championships in 2010.

She was also part of Western Storm's Kia Super League squad between 2016 and 2019, albeit without making an appearance in the tournament.

A graduate of Exeter University with a degree in sports science, she has also coached alongside her playing career, winning the ECB's young coach of the year award in 2016 – a prize that granted her an audience with England specialist coaches Graham Thorpe, Peter Such, Kevin Shine and Chris Taylor at a coaching conference in Loughborough.