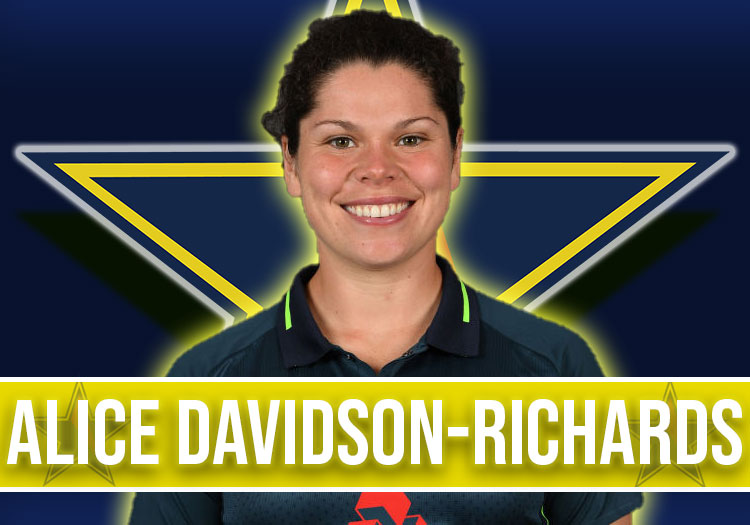 The allrounder made her Kent debut in 2010 in a T20 Cup match against Surrey, scoring 29 opening the batting, and finished the tournament as the second-highest wicket-taker.

By 2021 the Tunbridge Wells cricketer had been capped six times by England.

She was awarded an international rookie contract in 2019 and trained with the senior squad ahead of the curtailed 2020 summer, earning all six of her England caps to date in 2018.

Davidson-Richards has also played T20 cricket for Otago Sparks and represented Yorkshire Diamonds in the Kia Super League from 2016 to 2019.

She made three appearances for the Stars at the 2020 Rachael Heyhoe Flint Trophy, scoring 61 and taking the wicket of England international Fran Wilson in her side's maiden victory against Sunrisers. In 2021, she represented Northern Superchargers in The Hundred and was part of the South East Stars squad that won the Charlotte Edwards Cup.