Capsey made her senior debut for Surrey in 2019 aged 14, having served notice of her talents in the age-group sides, making 109 for Surrey's under-15 against Essex 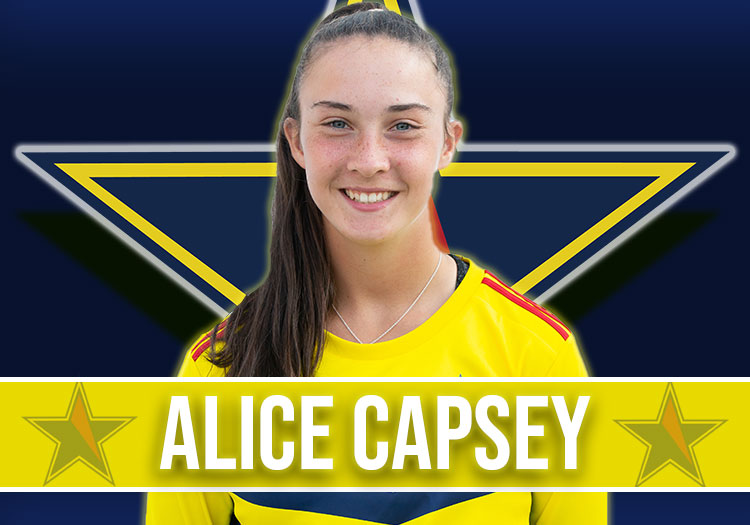 A prodigious talent, Alice Capsey put in a virtuoso display in Stars' final game of the 2020 Rachael Heyhoe Flint Trophy.

Aged just 16 at the time, the allrounder hit an unbeaten 73 from 75 against Sunrisers, putting on a match-winning partnership of 114 with Aylish Cranstone in a game where she had already affected two run outs fielding at backward point.

It was a knock Stars coach Jonathan Batty rated as one of his side's best of the competition, and she hasn't looked back since.

As of the start of the 2022 season, it seems a case of when - rather than if - she makes her England bow, having starred in The Hundred for Oval Invincibles, before earning the player-of-the-match award in the final of the Charlotte Edwards Cup.

She was rewarded for a stellar summer with a place on the England A tour of Australia over the winter.

Capsey made her senior debut for Surrey in 2019 aged 14, having served notice of her talents in the age-group sides, making 109 for Surrey's under-15 against Essex.

Later that season, this time playing in a T20 for Surrey Under-17s, she shared a 239-run partnership with fellow Star Amy Gordon, smashing 113 not out from 50 balls against Berkshire.

By 2020 Capsey was nearing the summit of Surrey's senior runscoring charts, finishing in second place with 95 runs for once dismissed.