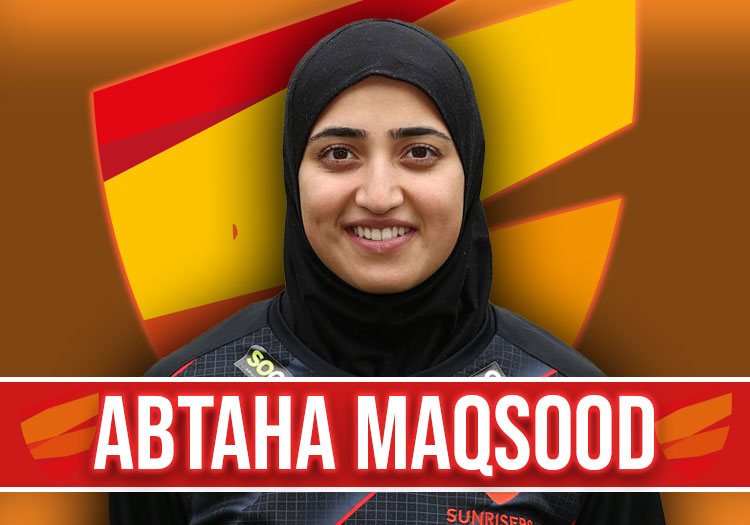 The Scottish leg-spinner was one of the breakout stars of the 2021 summer, featuring in The Hundred for Birmingham Phoenix.

Ahead of the 2022 campaign, it was announced that she had joined Sunrisers on a deal until the end of July.

She has represented Scotland's national side and in 2017 was part of the team that took part in the World Cup qualifier. A year later, she was involved as Scotland failed to qualify for the World T20 and again in 2019.

In January 2022, Maqsood was included in Scotland's squad for the Commonwealth Games qualifying tournament. Ironically, she has previously been a flagbearer at the event when it was held in Glasgow.

As well as cricket, Maqsood has a black belt in taekwondo.