HUW TURBERVILL: ‘Packer’s Circus’ may have shown the global game the light when it came to limited-overs cricket, but the official World Cup did not reflect its innovations until 13 years later 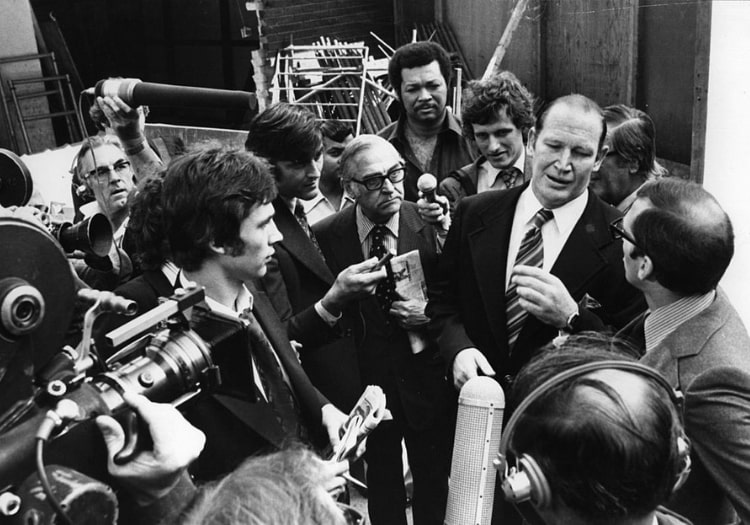 Media mogul Kerry Packer formed the breakaway World Series Cricket in 1977 after his consternation at being denied the television rights to show live cricket on his Channel Nine (the Australian Cricket Board staying loyal to the Australian Broadcasting Corporation despite being offered eye-watering sums).

At the start WSC was not a financial success, but it still started putting the squeeze on Australia’s official international product, and eventually, it really took off, forcing the ACB back to the negotiating table.

Peace was then made in the winter of 1979/80, and the English were invited back for a second successive winter. After beating the Packer-depleted official Aussie side the year before, this time they were hammered by the full-strength outfit. They initially refused to play ball with coloured clothing (no coloured stripes down their whites for them!), although they relented with the black pads.

The official ICC-organised World Cup continued to be a very traditional affair for years though. Yes the tournament held in England – for the third successive time – in 1983 was expanded, with each team playing the other in the four-team first-round groups twice. But the sides still played in white clothing, with red balls. Ditto the 1987 World Cup, in India and Pakistan. It was bizarre – but then change has often been slow in cricket. 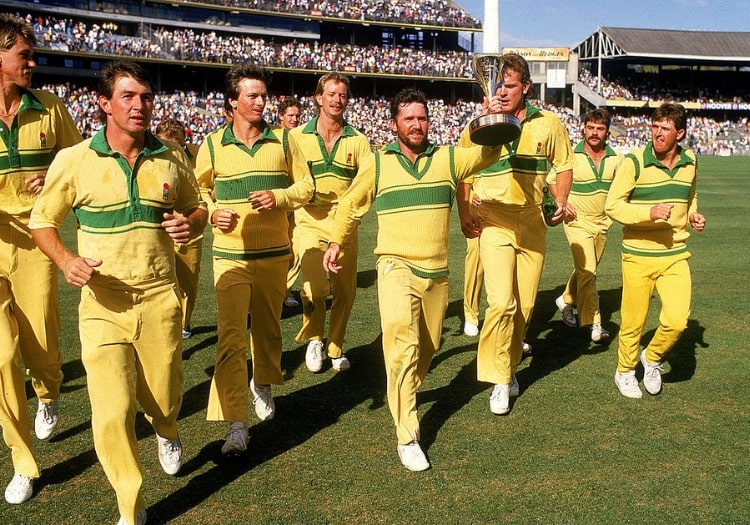 Coloured kits were among the key innovations which remain today

Before Packer’s intervention, England players like Tony Greig, according to Will Buckland in the informative book Pommies: England Cricket Through An Aussie Lens, received £210 per Test; Aussies like Ian Chappell were getting $200.

The leading players had other jobs – Dennis Lillee ran an office-cleaning business. When Packer’s Supertests and ODIs arrived, earnings spiralled to £25,000–30,000 a year, an astronomical leap.

Then in the 1980s – a definite legacy of Packer – there was also a huge expansion in one-day internationals, with teams going from 30 games a year to 60. This included Australia’s glitzy annual World Series Cup, a triangular affair that continued to use coloured kit (the England national team did not embrace those concepts until the summer of 2000, although they had appeared in county cricket’s Sunday League in 1991).

Perhaps frustrated that they had to wait so long to host the World Cup, the Australians staged their own alternative in February and March 1985. It was a bit like the unofficial James Bond film Never Say Never Again, starring Sean Connery, coming out in the cinema the same time – 1983 – as the canonical Octopussy with Roger Moore – although this competition did have official ODI status.

The Benson & Hedges World Championship of Cricket was like an expanded World Series Cup, with the usual coloured kit, and the seven Test teams taking part. It commemorated the 150th anniversary of European settlement in Victoria, but to me it felt like the Australians saying this was how they would do the World Cup – although all the matches were staged at only two grounds – the MCG, which held its first games under its new £3m lights, and the SCG (nine and four at each respectively).

A crowd of 82,000 attended the opener at the latter venue, between the hosts and England. World Cup holders India won the tournament. It was great to watch, although it was reported in the Wisden Cricketers’ Almanack that the overall crowd of 245,302 was a disappointment for the organisers. 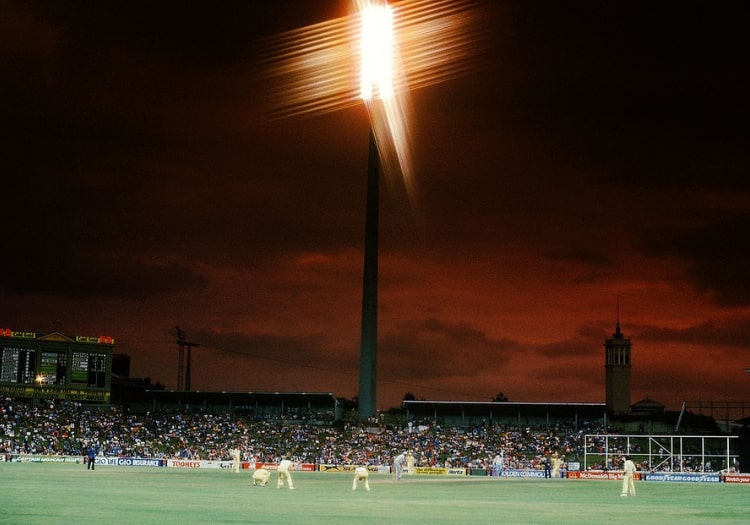 Global audiences have grown - even if live crowds have been limited

It seemed fans had had their fill of ODIs after a 10-week stretch in total, and Australia and England did not reach the later stages (a little like when India and Pakistan failed to make the final of the World Cup they hosted two years later).

Finally, seven winters later however, the Packer glitz – coloured costumes, white balls, black sightscreens, floodlights, television cameras at both ends – eventually manifested itself on the World Cup stage in the 1992 version, in Australia (they held 25 matches) and New Zealand (14).

It was a spectacle. The costumes were attractive, in primary colours, and remain popular retro items. The format – 10 teams playing each other in the first round, then semis and final – worked well and has been copied this summer in the United Kingdom. The 1992 World Cup had 12 more games than in 1987, but at 33 days, was only a day longer.

Even more importantly, for the players anyhow, was the spike in prize money. It was £118,000 (boosted by the sponsorship of a cigarette company) – which does not sound that much, but compared to the £9,000 on offer for the inaugural tournament in 1975…

Finally, this was a World Cup forged from the furnaces of Packer – just 13 years late.