After a sixth-place finish last year, Thunder have recruited well and look like an outside shout for this year's title 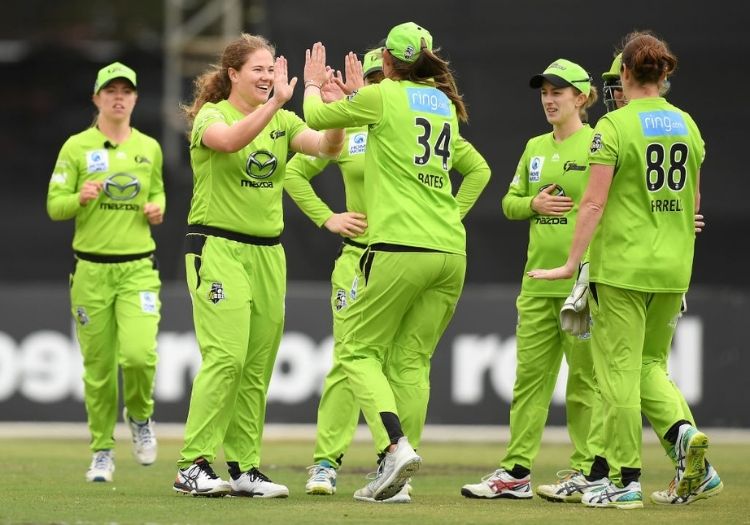 Sixth place after an unpredictable campaign. They’ll be looking to build on the positives during their first few matches of the new season.

Rachael Haynes: With 134 international caps under her belt, Haynes knows what she’s doing and will no doubt play a big part for her team this year. With a top score of 69 not out, she has the capacity to take Thunder to big scores.

Haynes is ranked 53rd in the T20 Player Index, which charts the performances of players in elite franchise and international T20 over a three-year period, with a win percentage in excess of 60 per cent in that time.

Heather Knight: Knight has vast WBBL experience, with 55 matches under her belt from her time at Hobart Hurricanes.

As a World Cup-winning captain Knight is useful with both bat and ball – scoring 1,353 runs and taking 39 wickets to-date.

In the T20 Player Index, Knight sneaks into the top 10 with one tournament win in 91 matche over three years.

Tammy Beaumont: Like Knight, Beaumont is a World Cup winner. She will bring a huge amount of experience to the group with almost 3,800 T20 runs for England.

In the T20 Player Index, Beaumont lies in 62nd place with Anya Shrubsole not far behind her.

Thunder are capable of posting big scores. When everything clicks, they can post scores in excess of 160 – they did this twice in 2019.

After winning three of their first four, they were looking set to go far in 2019; longevity will be something to work on this time around.

Both Heather Knight and Tammy Beaumont will be looking impress at their new team. Both are match-winners in their own right and will be hoping they can help Sydney Thunder improve on their sixth-place finish last year.