There's plenty of explosive potential in the Perth squad, so can they go beyond the semi-final stage which they managed in WBBL 05? 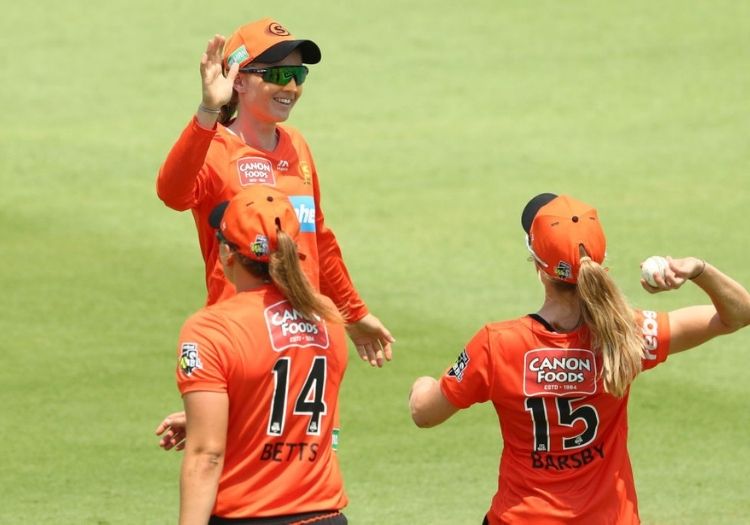 It was a solid year for Perth Scorchers, reaching the semi-finals. With Meg Lanning, Nat Sciver and Amy Jones all in the team they were a real force to be reckoned with.

Sophie Devine: Having moved from Adelaide Strikers, Devine will be looking to pick up where she left off last year. The New Zealander scored 769 runs in 16 matches at an average of 76.90, hitting nine fifties.

Devine is ranked top of the T20 Player Index, which measures the performances of players in all franchise and international T20 cricket over a three-year period, and is the only New Zealand international in the top 10. Amelia Kerr ranks 11th.

Sarah Glenn: In England, Glenn is a name on everyone’s lips at the moment. She impressed in England’s 5-0 drubbing of West Indies in Derby, taking seven wickets in the series.

Glenn makes her first WBBL appearance this year and is ranked at 43rd in the T20 Player Index; she can expect to rise up those rankings with a few strong performances.

Nicole Bolton: Bolton had a quiet season in 2019 with six wickets and 180 runs but will be looking to bounce back over the next few weeks.

Sitting at 40th in the T20 Player Index, Bolton has won over half of the T20 matches she has played in the past three years.

Hitting big runs was something that Perth did well last year. They managed 150 or more on six occasions with a top score of 173.

With Meg Lanning, Amy Jones and Nat Sciver all scoring more than 300 runs each, they made themselves a formidable opponent.

When Perth batted first in 2019, they found it difficult to defend their scores. Despite winning most of the games when batting first, the margins of victory were sometimes too close for comfort.

They defeated Adelaide Strikers by two runs and Sydney Thunder by seven and 11 runs respectively.

Amy Jones is set for a third season with Scorchers in WBBL 06. She had a terrific campaign last season, notching 391 runs at an average of 32.58 with a top score of 80.

Ranked 30th in the T20 Player Index, Jones has won almost 66 per cent of her 91 matches in the past three years. If she plays well Down Under, she will almost certainly makes gains in the next recalculation.

Glenn will also offer so much to the team with her spin bowling, having cemented her place in the England team.