Can the WBBL 05 champions repeat the feat when the competition returns for a new season? 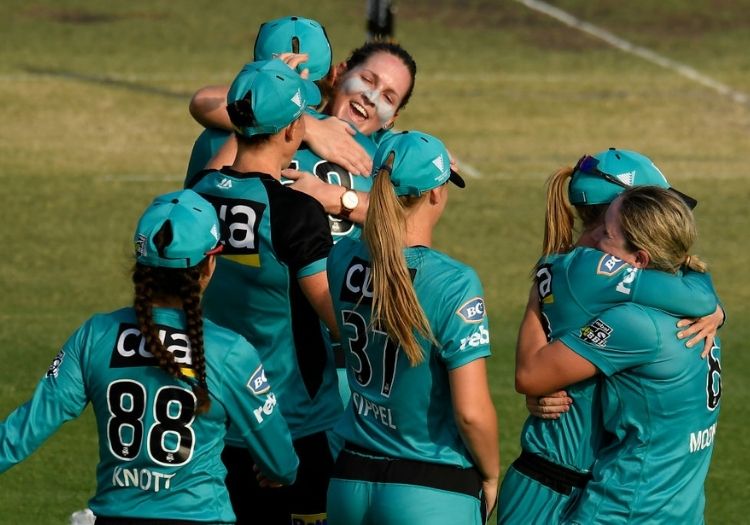 Last year, the Brisbane Heat ran out victorious in the WBBL, defeating Adelaide Strikers in the final. They’ll be looking to replicate this performance in 2020.

Jess Jonassen: Jonassen leads from the front; a player with plenty of WBBL experience with 75 matches under her belt.

Bowling her left-arm spin, she has picked up 75 wickets to date and has a batting average of 28.12 – showing that she is not to be taken lightly.

She is one of the highest-ranked players on the T20 Player Index (3rd), with only Sophie Devine and Elyse Perry ahead of her.

Amelia Kerr: The young New Zealand spinner has taken the world by storm in recent years. At just 19 years of age, she already has 72 wickets to her name and a career-best score of 232 not out in a one-day international against Ireland. Kerr is one to keep an eye on.

Kerr just misses out on the top 10 in the T20 Player Index, with England’s Heather Knight just sneaking in ahead of her.

Nadine de Klerk: Bowling right-arm medium, this South African international is making her bow in the WBBL this year and definitely has what it takes to perform at this level.

The Heat bowlers know how to strike early in the powerplay, allowing them to get on top early and put pressure on their opposition. Like the bowlers, the batters can strike hard from the get-go, so no matter what way you look at it, you’re up against a strong outfit.

In the group stage last season, Brisbane averaged 40.64 runs per powerplay and they lost 0.92 wickets in the same period.

Batting first isn’t a strong point for the Heat. They lost three games last year when setting a target. Although they won a few too, those matches tended to be closer.