Packed with power and skill, last year's runners-up are looking to go one better when the Women's Big Bash League returns 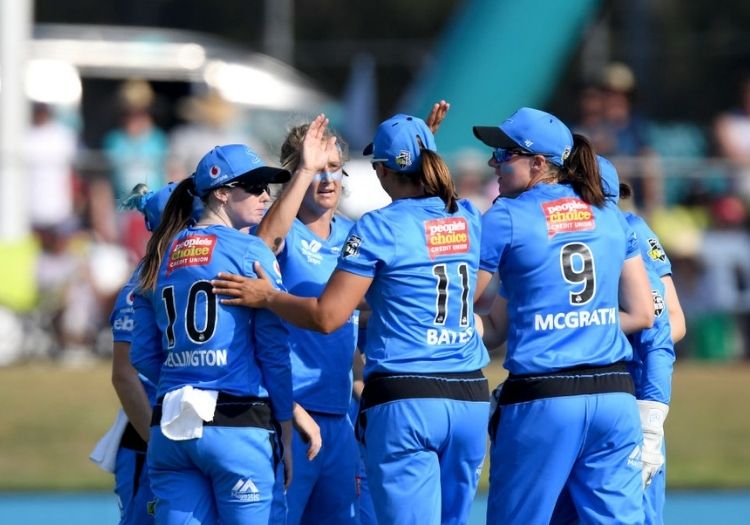 Reaching the final last season was a huge achievement for Adelaide Strikers. Although they lost out to a strong Brisbane Heat outfit, the team can hold their head up high and be confident heading into WBBL 06.

Suzie Bates: Bates is one of those players that anyone should want on their team.

Dangerous with the bat, she plays a really expansive brand of cricket and has the ability to be an influence on those around her. If she fires, expect Adelaide Strikers to be right up there.

Ranked 22nd in the T20 Player Index, which reflects the performances of players in major franchise and international T20 cricket across the past three years, Bates has a win percentage of 53 per cent in 117 matches.

Stafanie Taylor: Taylor has been around our great game for a long time and has been a major force for West Indies. Like Bates, she is explosive and can be exciting to watch in full flow.

Taylor is just ahead of Bates in the T20 Player Index in 21st place, with a similar win percentage in 35 fewer matches.

Megan Schutt: Schutt took four wickets in Australia’s recent T20 series against New Zealand, all of which came in one innings. A proven match-winner, so expect big things.

At 17th in the T20 Player Index, Schutt has two tournament wins to her name in 95 games, with a win percentage just shy of 65 per cent.

Strikers have a number of big names in their side. Expect that wealth of experience to come into play. From the first ball of the first match, they’ll be up for the fight.

They won 10 matches in the tournament last season, scoring 1,948 runs in 14 group matches – the same number of matches as Brisbane Heat and only 35 runs fewer.

Letting the batters settle after a couple of striking early was a big thing for this side in 2019. Strikers were excellent at applying pressure and taking wickets in the powerplay, but so often there was a big partnership in the middle overs.

The side took 18 wickets during the powerplay overs in the group stage of last year’s competition at 1.29 per powerplay.