England strolled into the World T20 final with a comprehensive win over India. Here, The Cricketer runs the rule over the individual performances of the players... 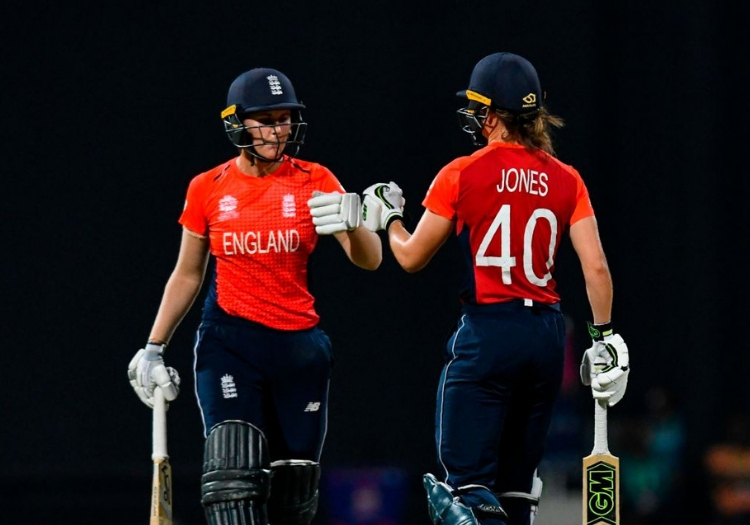 Tammy Beaumont (1): Picked out Reddy at midwicket early on to jangle the English nerves but wasn’t costly. 3

Danni Wyatt (8): Great pick up and throw to run out Yadav. Went for the big stroke with the bat and found Rodrigues at deep midwicket. 6

Amy Jones (53*): Some rapid work behind the stumps to prevent quick singles. Took the game to India in style after the early loss of Beaumont. 9

Nat Sciver (0-16 & 52*): On a pitch that had seen so many fail, Sciver manipulated the field and guided her side home brilliantly alongside Jones. 9

Heather Knight (3-9): Struck in her first over to end Bhatia’s sluggish knock. Claimed two in two as England turned the screw. 8.5

Lauren Winfield: Brilliant effort for the catch to dismiss Sharma. 6

Anya Shrubsole (0-23): As we’ve come to expect, inswingers from the off. Went wicketless but always causes batsmen problems. 7

Sophie Ecclestone (2-22): Dropped Mandhana off Shrubsole on 13 but held her nerve to have the opener caught and bowled. Was impressive against the extremely dangerous Kaur too. 7

Kirstie Gordon (2-20): Just a couple off her first over. Four from the next. Picked up the wicket of Krishnamurthy and followed it with the biggest of them all as Kaur fell going for the slog. Impressive stuff. 8 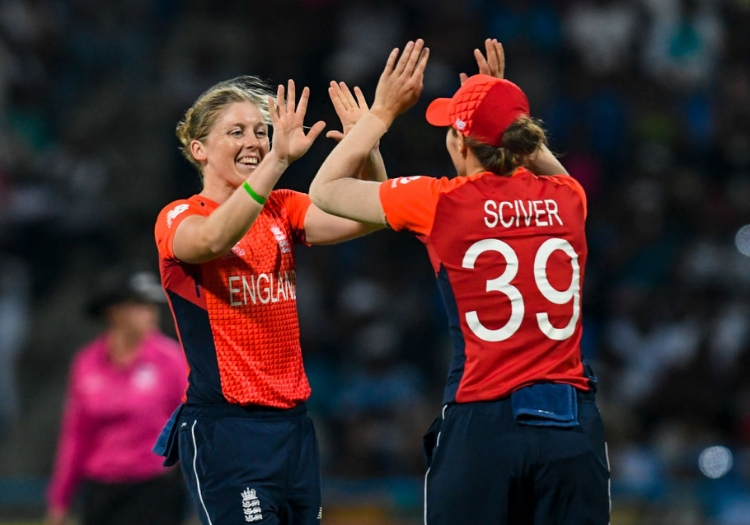 England will face Australia in the final

Smriti Mandhana (34): Lovely drive for four to get away. Dropped early on and looked like she could go on to make England pay heavily when she smashed Ecclestone over midwicket but the bowler had the final say. 7

Taniya Bhatia (11): Struggled against the swing of Shrubsole in the first over and never really got going from there. A fair bit of pressure on the 20-year-old with Mithali Raj left out. 4

Jemima Rodrigues (26 & 0-6): Lovely cut shot against any width. Slow to start but punished anything that wasn’t on the money. Was just starting to attack when the run out came. 6.5

Harmanpreet Kaur (16): In-to-out six over extra cover off Gordon signalled what Harmanpreet can do but England got the key wicket before she could really unleash. 6

Veda Krishnamurthy (2): Caught behind going for a big slog sweep… 3

Deepti Sharma (0 & 1-24): Caught first ball. Kept England to three singles in the first over and then had Wyatt caught in the deep. 6

Anuja Patil (0 & 0-27): Should have had a wicket with her first delivery but Yadav couldn’t take the catch. 5

Arundhati Reddy (6): Stumped looking to skip down the track to Ecclestone. 3