England cruise past India to set up final with Australia

An exemplary run-chase by England, after they had restricted India to 112 on a slow turning pitch, swept them to victory, and with it a place in the T20 World Cup final 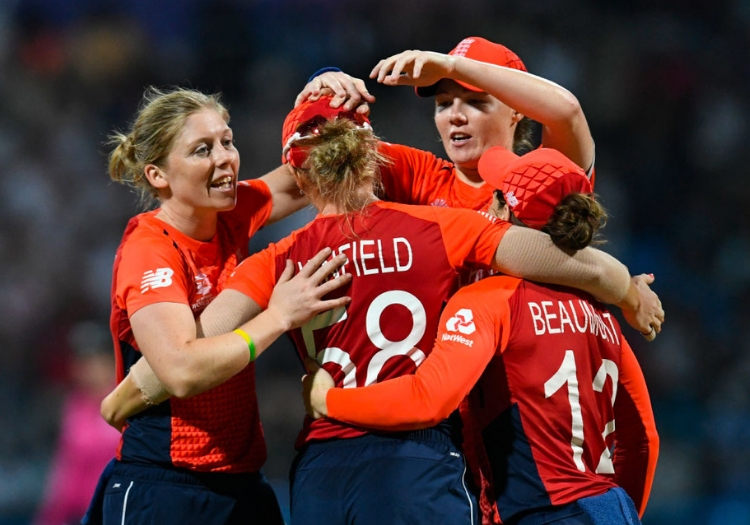 An exemplary run-chase by England, after they had restricted India to 112 on a slow turning pitch, swept them to victory, and with it a place in the T20 World Cup final against Australia on Saturday. After a nervous start, when they tiptoed to 24 for two in the fifth over, they romped home thanks to a superb third-wicket stand of 92 in 13 overs between Amy Jones and Natalie Sciver. Both made excellent fifties.

India’s quintet of spinners ought to have put more pressure on England in what was far from a straightforward run-chase in the conditions. Crucially, Sciver was badly dropped at square leg on just 2 off Anuja Patil. Had the chance been taken, England would have been 30 for three in the seventh over, a position from which they might not have recovered.

Nat Sciver was in fine form

Sciver punished India heavily, underlining what a strong cutter and puller she is. She raced to her fifty from 39 balls. Jones used her reach especially well, memorably slog-sweeping Radha Yada over long-on for six. Both women skilfully rotated the strike, using their feet to upset the Indian bowlers’ lengths. When the winning runs were hit, as many as 17 balls still remained.

India had appeared set for a much bigger total after cruising to 88 for two in the 14th over. Smriti Mandhana, a tall elegant left-hander and a fine timer of the ball, had given the innings early impetus with 34 off 23 balls. Jemima Rodrigues and Hermanpreet Kaur had then taken up the mantle but the runout of the former by Tammy Beaumont proved a turning-point. Coming back for second to a deepish cover, she was beaten by a pinpoint throw.

England’s quartet of spinners begun to exert a stranglehold, with Kirstie Gordon’s left-arm spin proving especially difficult to get away. She bowled 13 dot balls, as well as chipping in with a couple of wickets. That of Kaur proved crucial. Trying to hit over the onside against the spin, the India captain got a leading edge and was well held at cover. 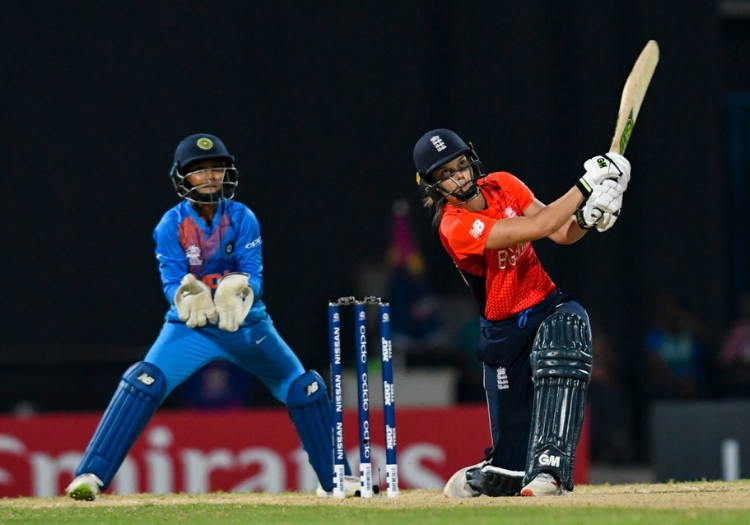 Jones reached her fifty off the final ball of the match

Danielle Hazell, with her tidy off-spin, was as economical as Gordon, both bowlers conceding 20 from their four overs. But it was Heather Knight’s occasional off-breaks that proved the biggest bonus, her two overs bringing her three wickets at a cost of just nine runs.

India’s lower order appeared clueless how to deal with the straitjacket imposed by England’s spinners. The last six overs yielded a meagre 24 runs, with England fielding brilliantly in that period, both Hazell and Dani Wyatt effecting runouts with quick accurate throws. England’s catching was also impressive, with only one chance being spurned - that a difficult one to Sophie Ecclestone in the covers from Mandhana when 13. Had that been taken, England would have won even more comfortably