The star seamer of the side currently is the second highest T20 wicket-taker for her national team, with 55 wickets, sitting behind her captain, Salma Khutan 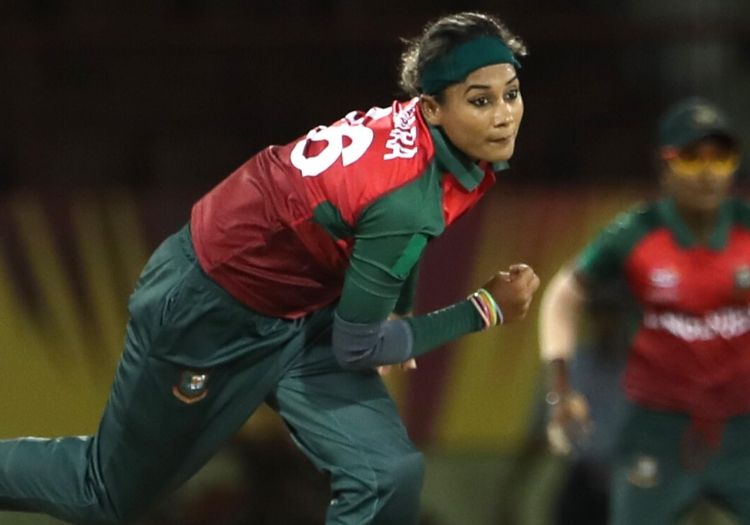 Alam was an integral part of one a standout moment in Bangladesh women's cricket, when she hit the winning runs to grant her side their maiden Women’s Asia Cup title in 2018, defeating defending champions India.

While that might have been the highlight of a long career - Alam has represented her country on 107 occasions - she has also had plenty of success since making her debut in Bangladesh's first game after being awarded ODI status in November 2011.

The star seamer of the side currently is the second highest T20 wicket-taker for her national team, with 55 wickets, sitting behind her captain, Salma Khutan.

In addition, she was the first bowler for Bangladesh to take a five-wicket haul in WT20Is, when she picked up her best bowling figures of 5-28 against Ireland in 2018.

Her 2018 seemed to go from strength to strength, as in the 2018 T20 World Cup she was the leading wicket-taker for her side, resulting in her being named by the ICC as one of the stand-out players of the tournament.

She was also named captain for the 2016 edition of the T20 World Cup.

Cricket only came into Alam's life in 2007, and she began playing in domestic leagues in 2008 - starting out representing Khulna before moving to Sylhet from 2009-2013.

Her coach spotted straight away that there was ample natural ability about this fiery cricketer, with her speeds increasing by the day after she figured out the rules that she originally deemed too complicated.

An avid motorbike rider, she is the heart and soul of the team who has her dream of playing in the Women’s Big Bash League firmly in her sights.