Given Pakistan’s array of left-arm seam options – Mohammad Amir and Shaheen Afridi are also part of the final squad, it seemed as though Riaz’s life as a Pakistan international might finally be over 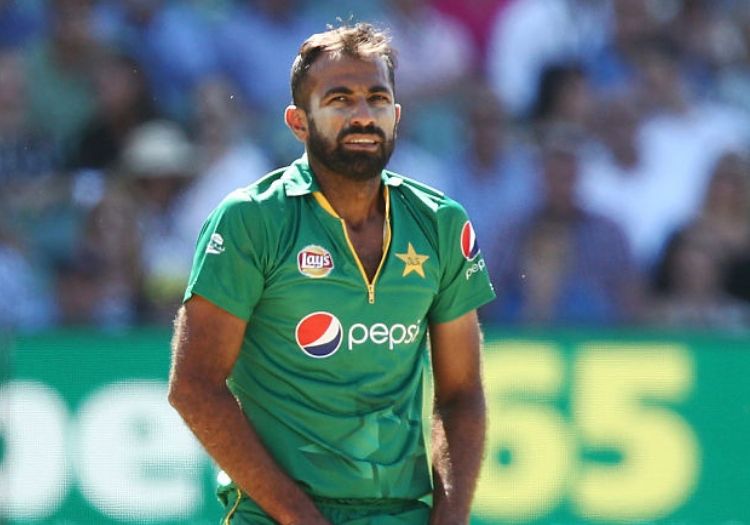 At the 2015 World Cup, Wahab Riaz bowled one of the great spells in the tournament’s history. Hostile and fiery in a furnace-like atmosphere at a packed Adelaide Oval, quite how Shane Watson saw off the rapid left-armer is anyone’s guess.

And while Riaz is a late call-up to a Pakistan side that has now lost its last ten ODIs, that performance four years ago gives some credence to an otherwise surprising selection. The 33-year-old has not represented his country in white-ball cricket since midway through 2017.

Given Pakistan’s array of left-arm seam options – Mohammad Amir and Shaheen Afridi are also part of the final squad, it seemed as though Riaz’s life as a Pakistan international might finally be over.

However, if Pakistani cricket has taught the waiting world anything over the years, it is to expect the unexpected. Sarfaraz Ahmed’s team is the last side to win a men’s ICC competition in the UK, claiming glory in the 2017 Champions Trophy, while they also won the 2009 World T20 on English soil.

Although the latter was before Riaz’s time, he was selected as part of the squad that defied the odds to emerge victorious in 2017. However, after suffering an ankle injury in the first match of the tournament, he was ruled out of the remainder of the event.

Now, though, Riaz is fit again and raring to go. There are few finer sights in international cricket than a raging Riaz bustling to the crease. If he can reignite the fire of his spell at Watson four years on, batsmen will be in for a nasty surprise.