UNDER-19 CRICKET WORLD CUP PREVIEW - ZIMBABWE: Milton Shumba and Wesley Madhevere debuted in the 2016 tournament and recent wins in Durban suggest their side could be hitting their stride at the right moment 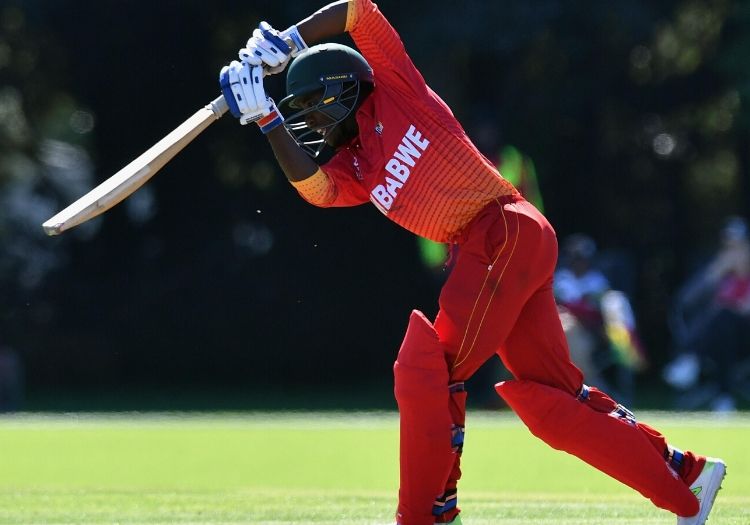 Wesley Madhevere: The allrounder returns for his third final crack at Under-19 World Cup success, following a phenomenal display in New Zealand in 2018 where he finished atop both the runs and wickets tables for the Eagles.

Rarely a game goes by where the 19-year-old from Harare does not chip in with steady runs, vital wickets or both – his averages across two previous tournaments are 34.00 with the bat and 17.00 with the ball, and having former national captain (and fellow off-spinner) Prosper Utseya on hand as coach can only bode well for the tournament.

Tadiwanishe Nyangani: Handed his Youth ODI debut last week in a pre-tournament quadrangular series against New Zealand in Durban, and claimed five wickets for 45 runs in his third game to earn player of the match honours in a 31-run triumph over hosts South Africa.

The left-arm wrist-spinner is capable of extracting pronounced turn from the region's dry wickets, and has been identified by his captain early on as a key component in his side's formidable attack.

Milton Shumba: The left-arm spinner helped his Tuskers side claim the title in Zimbabwe's domestic T20 league in March, where his figures of 4-4 against Mountaineers were the best of the entire tournament and included the wickets of Test players Wellington Masakadza, Donald Tiripano and Tendai Chatara.

Shumba, who bats with a deft touch in the top three for the junior side he first played a Youth ODI for at the tail end of the 2016 World Cup, also has two Logan Cup outings under his belt and made vital runs as Zimbabwe defeated South Africa in a warm-up outing. 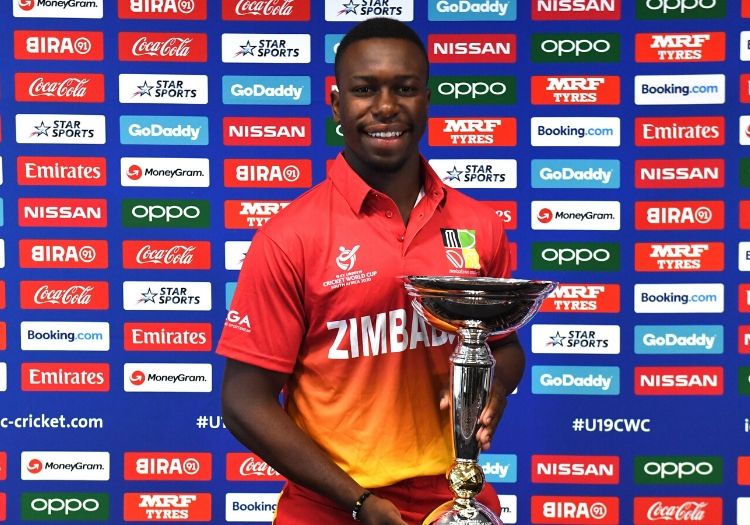 While it may not have directly affected their progress to the tournament, Zimbabwe will surely have a point to prove after their senior men's and women's sides were excluded from T20 World Cup Qualifier tournaments due to ICC sanctions against their board last year.

The side heading across the border to familiar conditions in South Africa has been selected from a vast pool of playing talent, and big run-scoring potential in captain Dion Myers and senior players from as far back as the 2016 tournament could prove crucial against youthful Pakistan and Scotland sides in the Group C cauldron.

While the pitches used in Durban for the recent quadrangular warm-up series with India, South Africa and New Zealand have suited Zimbabwe's lineup, there is no guarantee that will continue when the tournament proper gets under way in pace-friendly Potchefstroom.

Ambitions of qualification for the Super League stage of the tournament will likely end up relying on a slip-up from one of Bangladesh or Pakistan in their opening two fixtures, and a lack of international game time – automatic qualification means they have played just four Youth ODIs since the 2018 tournament – could hinder their ability to capitalise in such situations.