UNDER-19 CRICKET WORLD CUP PREVIEW - UNITED ARAB EMIRATES: A corruption scandal in the UAE have seen three members of the Under-19 setup already graduate to full international outings, but how much will that affect Aryan Lakra's team? 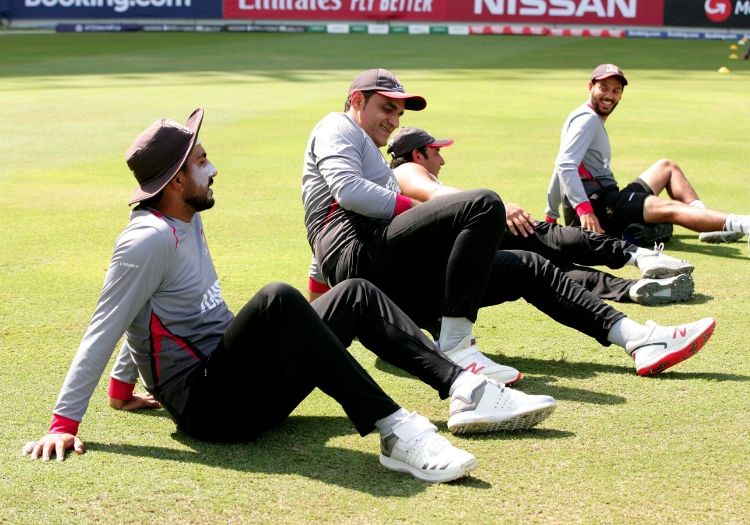 Karthik Meiyappan: Captained the side at the Under-19 Asia Cup in September in the absence of regular skipper Aryan Lakra, collecting five wickets in three outings with his handy leg-spin.

Meiyappan has since gone on to debut for the men's national side, preparing for the trip to South Africa by taking 4-37 against an impressive Namibia outfit to seal an eight-run win in his latest ODI outing.

Tandon had previously starred at the Under-19 Asia Cup in the autumn, reaching an unbeaten century against Sri Lanka, and in 2018 trained with the Mumbai Indians squad after impressing in the academy of batting coach Robin Singh.

Jonathan Figy: Plucked from his first year studying Maths and Statistics at the University of Leeds to make his full ODI debut for the UAE against Scotland in December, sprinting to the crease to score a steady 23 and set the platform for a seven-wicket victory.

The stylish Abu Dhabi left-hander – whose Instagram profile proudly links to his Wikipedia page – had previously caught the eye of coaches at Winchester College and secured one of their first sporting scholarships.

A squad packed with fresh-faced and talented players, representing the Emirates for only the second time at the Under-19 World Cup, and for the first time on merit, having qualified automatically as hosts in 2014.

Figy, Meiyappan and schoolboy wicketkeeper Vriitya Aravind are a rare breed to have garnered full international caps ahead of the tournament – even rarer following Pakistan's withdrawal of seamer Naseem Shah for Test duty – and their rapid rise will surely inspire teammates to think that bigger stages are right around the corner.

The anti-corruption investigation swirling UAE cricket in recent months has seen the senior national side decimated by player suspensions, and having Under-19 squad members called up to fill in the gaps will hardly have calmed nerves or encouraged focus on the World Cup itself.

Even before that, the team's winless performance at last year's Asia Cup – in which they were skittled for 127 and 125 by Bangladesh and Nepal respectively – suggests a concerning propensity for collapse against tough opposition.