NICK HOWSON: The Irishman climbed out of the commentary box to make his first appearance since giving up the England white-ball captaincy. And it was like he had never been away 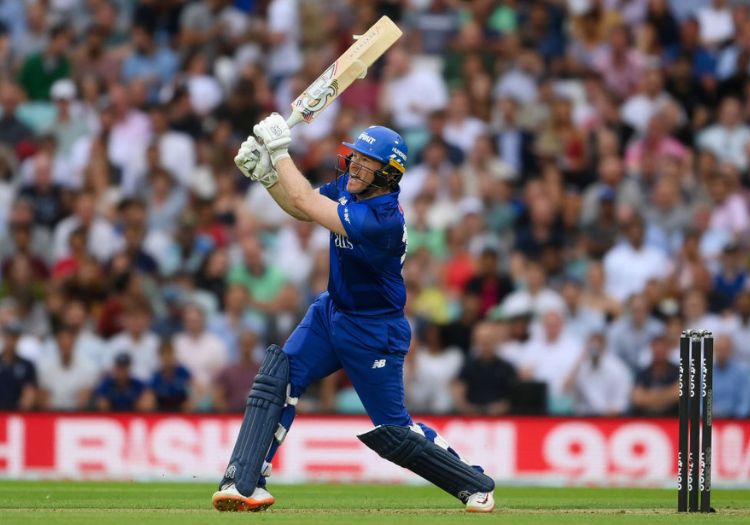 In the six-and-a-half weeks since his last competitive outing, Eoin Morgan has sought refuge in the Sky Sports commentary box, snacking on sweets and crisps, passing judgement on his former teammates and potentially laying down the foundations for his next career move.

Having long been linked with coaching England in the past and given his standing and immense knowledge, it would be criminal to immediately lose him to a media position if and when he calls time on his playing career.

Having yet to commit to playing any senior cricket beyond the end of the second season of The Hundred (though he will feature in the Legends League Cricket in September and October alongside 50-year-old Muttiah Muralitharan) you would be forgiven for thinking partnering with Sky was the first step towards life after playing.

This was the first time we had seen Morgan with willow in hand since a second successive duck in Amstelveen triggered his retirement from international cricket and a passing of the England white-ball captaincy to Jos Buttler.

Retirements can mean a variety of things in professional cricket these days and yet calling time on England has felt a bit like the end. Despite captaining Kolkata Knight Riders, Middlesex and London Spirit among others, we associate him closest with the 50over world champions. Since November 2019, 34 of his 82 T20 outings have been for England.

It will take time to adjust to that change of role but innings like these will help. 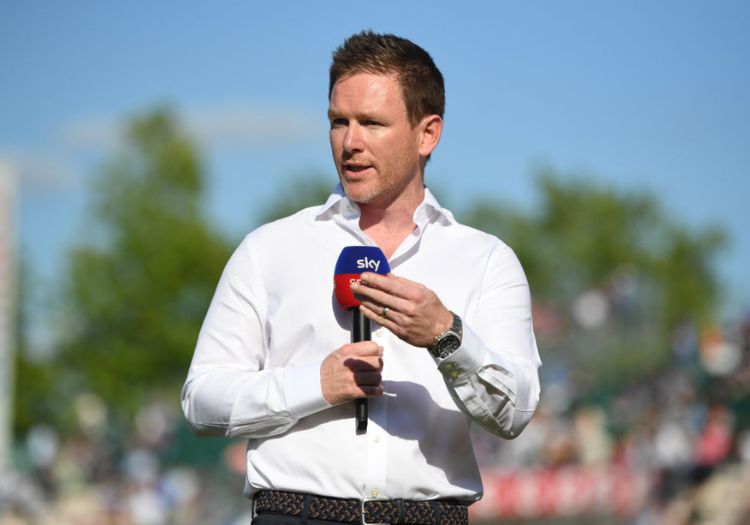 Morgan is a bit of a spare part in this Spirit batting line-up. Glenn Maxwell and Kieron Pollard need no introduction, this is a format that should suit Dan Lawrence and Jordan Thompson has just hit the fastest Blast Finals Day fifty.

Indeed, he could quite easily play the role of anchor, particularly if opener Zak Crawley and Adam Rossington get off to a good start, as they did against some wayward Oval Invincibles bowling.

He got his first boundary with a freebie off Reece Topley, hitting a full toss through cover. Morgan cleared the rope with a classic shot over long-off as Tom Curran missed his length.

A second four came with the shot of the evening, an orthodox ramp shot over a despairing Sam Billings. A rusty Mohammad Hasnain was then taken for three boundaries in four balls which included two full tosses.

The shot which suggested this wasn't just Morgan filling his boots from some bad bowling came via his penultimate four, lofting a length ball from Sunil Narine over the infield which skated to the rope.

"He's probably coming into this tournament in a completely different mindset, he's not thinking about the World Cup in Australia or anything beyond that"

It wasn't all fun and games, not least when he took a blow on the full from Sam Curran as the Invincibles radar broke down. Morgan fell for 47, caught by Hilton Cartwright in the deep off Topley, but by then the damage was done and a message was sent.

This was Morgan's highest score in any cricket for just over 13 months (75 not out vs Sri Lanka) and his best in T20s since April 2021, when he found form for KKR against Punjab Kings.

During the mid-innings break, Tymal Mills who played under Morgan as recently as the West Indies series, believes home comforts have made the difference.

"He's been a world-class player for a long period of time," he told Sky Sports. "When you retire from international cricket you probably see cricket a bit differently.

"He's only playing in this now - I am sure he'll play in some other franchise tournaments in the winter as well - but you probably see life a bit differently as well, spending a bit more time at home as well with his family. 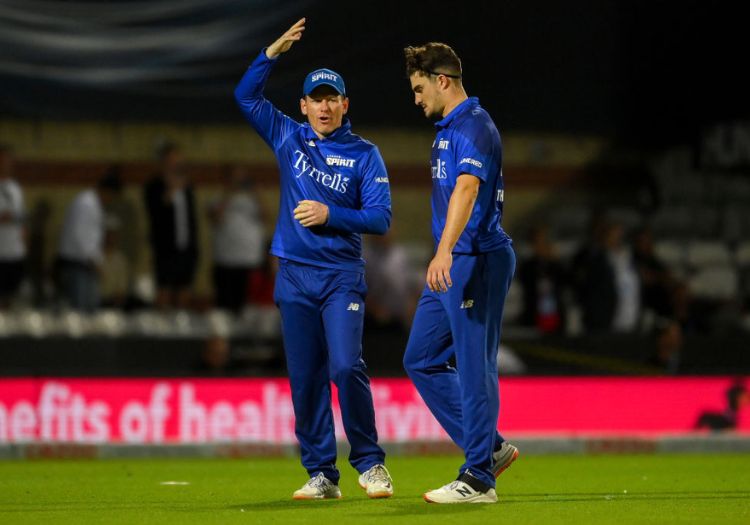 "It changes your whole mindset and demeanour. He's probably coming into this tournament in a completely different mindset, he's not thinking about the World Cup in Australia or anything beyond that. That could be seen in his batting tonight."

Runs on the board, Morgan came into his own at both ends of the chase. Rotating a much-improved bowling battery and getting his fields right - Glenn Maxwell and Dan Lawrence were perfectly placed to dismiss Sam Curran and Sam Billings - meant they got off to the perfect start.

And as Invincibles threatened a remarkable late salvo, Morgan - having seen a fielder moved inside the circle - slowed the game down, sought counsel from Kieron Pollard and backed his bowler Jordan Thompson to execute his skills.

Morgan has always been about backing himself and backing his teammates and that was in full view tonight. The Invincibles' first home defeat was inflicted as Spirit claimed a much-cherished win.

Who knows how regular Morgan's competitive outings will be during the remaining months and years of his career? A role similar to that of MS Dhoni at Chennai Super Kings may beckon. But make no mistake, he's not done yet.