What are the game's top tournaments? 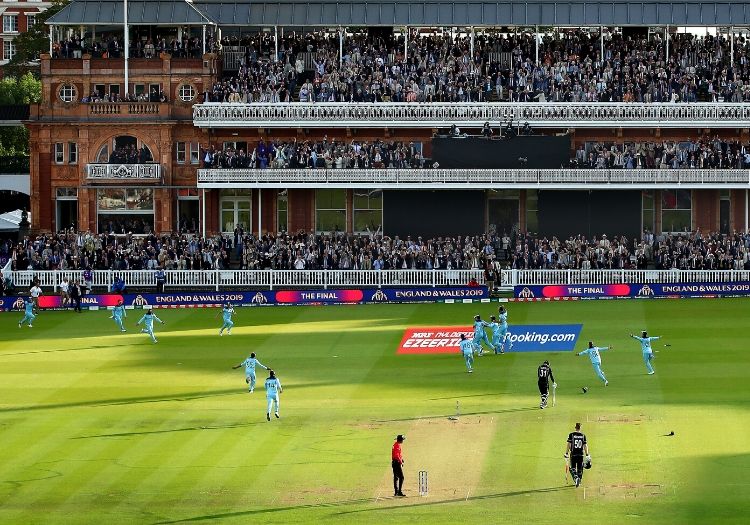 Dating all the way back to 1869, cricket has been engrained in some countries culture and its worldwide popularity is now spreading rapidly. Sports lovers, gamblers and cricket buff alike have been engulfed by their passion for the game. Established players and hot prospects are playing in tournaments and competitions across the globe.

Let’s take a closer look at the top seven cricketing events that all aspiring player long to play in, and all avid fans love to watch.

This is possibly the most prominent and respected tournament and the largest celebration of cricket, occurring every four years. It also claims the best games in the world, and is the most watched cricket event ever.

The tournament comprises four stages, the Super 8, 6, as well as semi-finals and finals. Teams from around the world put out their strongest players in an effort to win to the competition. This is a cup that all players want to win, and all fans want their country to win.

An important sporting event, the trophy for the competition weighs a whopping 7.5 kilograms. The T20 format is popular as it consumes less time, and strives to be as exciting and fast-paced as possible. The tournament has witnessed some of the highest volumes of sixes in the sport. Viewer considered this one of the most entertaining cricket competitions available to spectators.

Promoted by the ICC, T20 first arrived in 2007 in India. Since then it has exploded in popularity across all cricketing nations. It energy and excitement are unmatched in the game. In this tournament, technique and defence are superseded by shot selection and power, making it one of the most popular events in the cricket calendar.

The Ashes Series is fought out by England and Australia, two traditional power-houses of the cricketing world. They compete to win a small urn every two years. As legend has it, the urn contains the bails burnt to symbolise the death of English cricket in 1882. The bails were burnt because of the shock and outrage felt after England’s first ever loss to the newly formed nation of Australia.

The urn was then taken to Australia, with England vowing to win back the Ashes the next year, as they promptly did. The fierce rivalry has continued from then onwards with the winner claiming back the Ashes for their country, and the defeated country vowing to win it back next series. This is one of the most personal and hotly contested competition in sport.

The Indian Premier League is India’s most watched sporting event and a well-established name in world cricket. Teams are a blend of young, Indian and expensive international players in one squad. The tournament is a two-month summer bonanza of excitement and nerve-wrecking cricket.

Ranking 5th as the worlds most watched domestic league, the first six seasons have been a must-watch for cricket fans. Great viewing in terms of quality of cricket and for sheer drama, providing glamour, glitz and glory.

Another ICC initiative, the tournament is one of the most important cricket events behind the World Cup. Originally named the ICC Knockout Tournament in 1998 and then renamed in 2002, the event was a one-day international completion taking place every four years.

Unfortunately for cricket fans, the final game of this tournament took place in 2013, and this once popular tournament is no longer taking place.

One of most renowned global cricket tournament at domestic level. The top played cricketing nations take part in this tournament every year. Three countries compete with top teams coming from the Cricket Australia, Cricket South Africa and the BCCI. In this league, experienced professionals play alongside exciting youth talent.

The event is a fine cricket spectacle with teams putting on an excellent display of the sport at the highest level. Only launched in 2008 the competition was relatively young and needed to time to establish itself to its full potential with fans and players alike. Unfortunately, it was not given this time, as some home-leagues banned their players from joining. This subsequent caused a fatal lack of interest, and the competition was cancelled after 2014.

This is a competition fought-out between all Asian cricketing nations. Including driving forces in the game, like Pakistan, Sri Lanka, Bangladesh, India and UAE. The tournament started in 1984, and was created by the Asian Cricket Council. It is arguably the biggest event on the Asian continent, witnessing heated Pakistan vs India fixtures.

Organisers have been forced to cancel on two occasions because of political tensions in the continent. It is also true, not all nations are selected or willing to join, but the competition is hugely popular amount fans and considered a great honour for players.

For fans and betting punters alike these tournaments are a must watch. People that are interested in placing some bets should have a good and reliable bookmaker at hand. One that really stands out in terms of sports betting of every kind is bet365. It is one of the leading providers for sports betting in the world and offers a wide variety of sports and betting opportunities, among them cricket. You can find a detailed review of the bookmaker here.

These are just some of the many great cricketing events taking place for fans all over the world. While cricket by far may not be the biggest and most famous kind of sport on the globe, it still has its deserved fans and followers. In some countries cricket even counts as one of the most important sports. For instance, India, Great Britain, Australia and New Zealand attach great importance on the sport.