The West Country side have quickly proven themselves to be a formidable force in the virtual alternative to the County Championship, and their proficiency with the bat once again proved decisive at, for some reason, the SCG 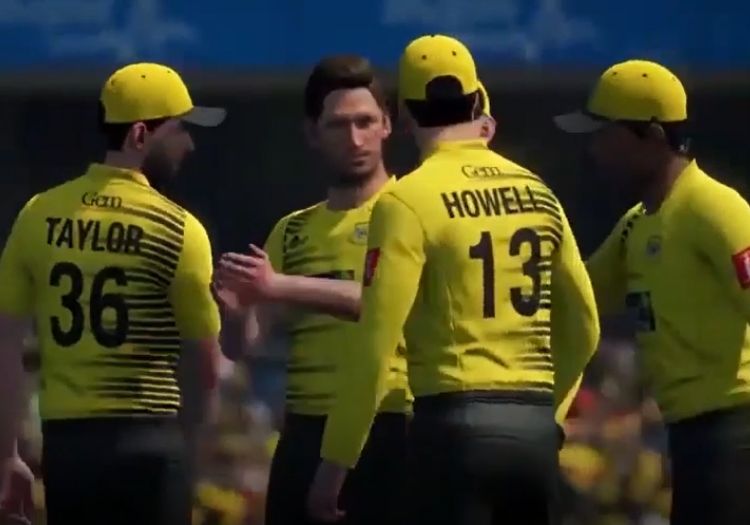 Gloucestershire marched on towards the Quarantine Cup semi-finals with a victory over Warwickshire which leaves the Bears hanging on by a thread in this year’s competition.

The West Country side have quickly proven themselves to be a formidable force in the virtual alternative to the County Championship, and their proficiency with the bat once again proved decisive at, for some reason, the SCG on Wednesday.

Batting first after winning the toss, Gloucestershire’s opening pair put on 19 in 9 balls to get the innings off to a flyer.

Che Pujara’s disappointing (and unexpected) stint in yellow continued when he was stumped off a Chris Woakes bumper after dozily leaving his ground, while Jeetan Patel had James Bracey caught at mid-on for 8. But the scoreboard continued to tick.

Ben Charlesworth joined Miles Hammond at the crease, and with the pair adding 23 for the fourth wicket, Gloucestershire reached a formidable total of 66 from their five overs.

In response, Warwickshire opener Ed Pollock hit the first ball of his side’s chase for six but promptly hooked his second from David Payne to Ryan Higgins at square leg.

Ian Bell also hit his first delivery over the ropes, but the Bears’ chances of chasing down the total took a major hit when the prolific Sam Hain was caught - again at square leg, and again off Payne - without scoring.

After just seven balls of their reply, Warwickshire were three down when Tim Ambrose slapped Jerome Taylor to backward point, and Pujara took a tremendous reaction catch.

Bell and Dan Mousley at least gave the innings respectability, adding 20 for the fourth wicket before veteran Bell was run out by a stunning direct hit from fully 50 yards by Higgins, but it never looked like the “home” side would get close.

Mousley and Woakes were left requiring 23 from the final over, and when Mousley was run out attempting the most audacious of singles to wicketkeeper Bracey, the game was up.

“I thought I’d get over the line but they bowled well and I didn’t in the end.”