OSCAR RESS: All four results remain possible heading into the final day of the first Test in Rawalpindi after an ambitious declaration from Ben Stokes on day four 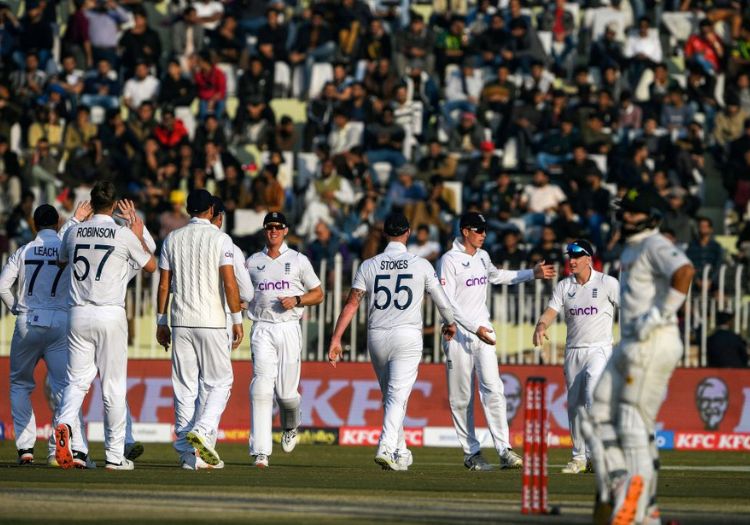 A short-ball tactic initially thought to be a method of fast-forwarding reverse swing, accounted for the wickets of Abdullah Shafique (6) and Babar Azam (4) as Ollie Robinson and Stokes respectively put England in charge. 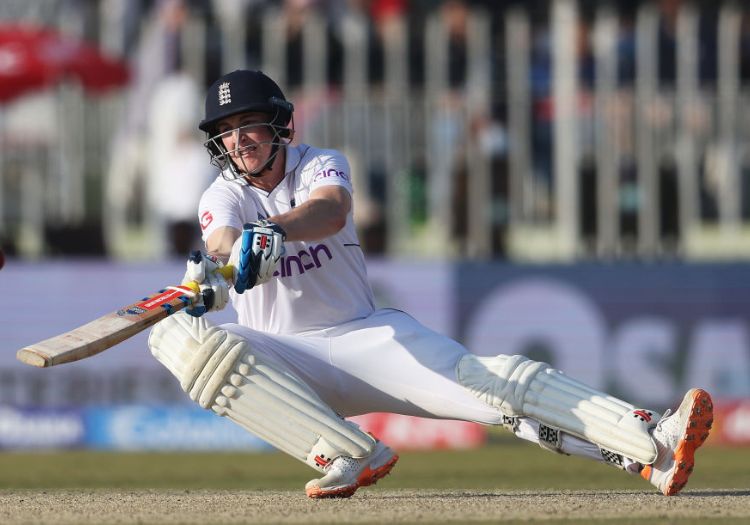 Earlier, Will Jacks took 6 for 161 on debut as it took 20 overs to get all three of Pakistan’s remaining wickets on the fourth morning.

Agha Salman held England up with 53 and marshalled the long Pakistan tail well, surrendering a 78-run lead to the tourists.

There was only one way England were going to approach their batting and they recovered well from being reduced to 36 for 2, Ben Duckett falling for a first-ball duck and Ollie Pope for 15. 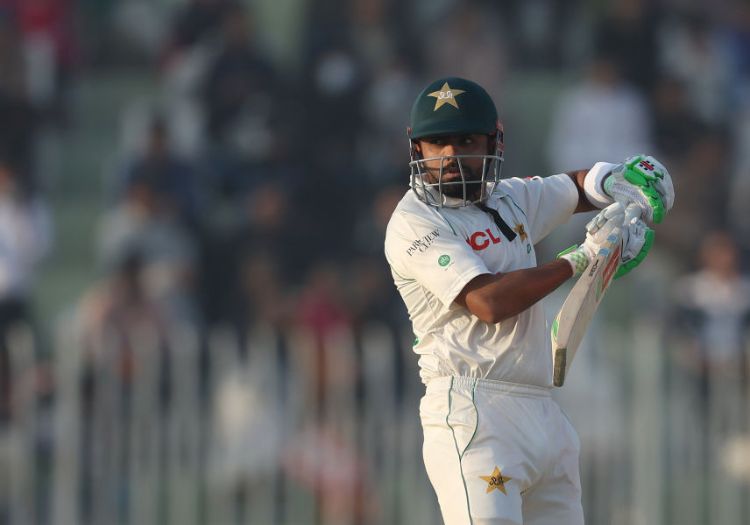 Brook and Root combined for a partnership worth 96 and although Stokes fell for a three-ball duck, Jacks smashed 24 off 13 to set up a surprise declaration that was called before the evening session.

Shafique was caught on the boundary attempting to hook and Babar fell caught behind for just four after being brought to the crease prematurely by an Azhar Ali finger injury.

Bad light ended a day undoubtedly belonging to England, they are the more likely victors despite Imam-ul-Haq and Saud Shakeel standing firm, the latter surviving a dropped chance at short leg on 22.