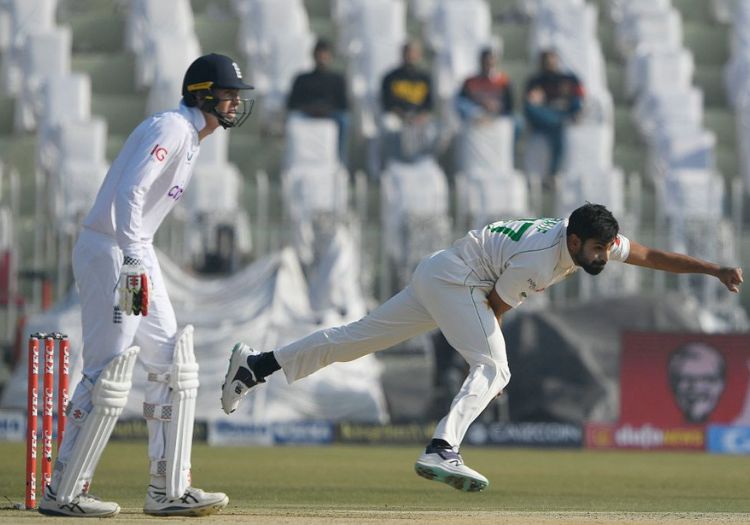 Haris Rauf is unavailable to bowl for Pakistan during the remainder of the first Test against England.

The fast bowler, making his Test debut in Rawalpindi, is suffering from a quad strain which occurred on day one.

He rolled over the ball while fielding during England's record-breaking first innings and was forced from the field.

Rauf was only able to deliver 13 overs, taking 1 for 78, his only victim being opener Zak Crawley with a beautiful piece of reverse swing bowling. 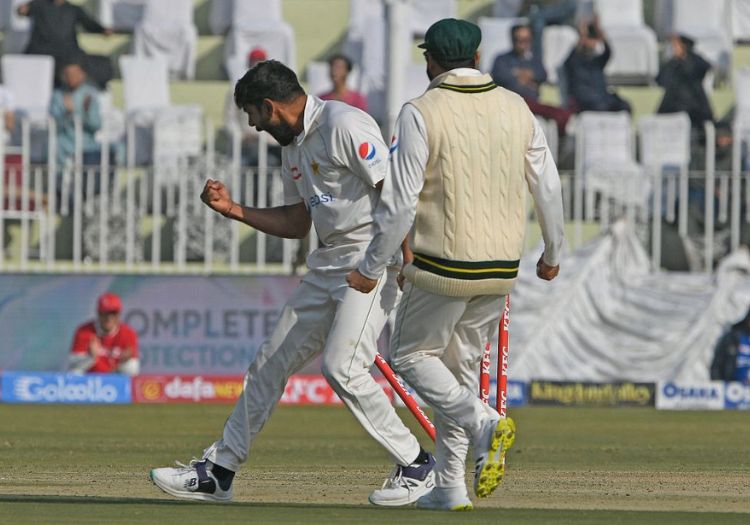 Though able to bat in Pakistan's first innings reply he is deemed not fit enough to take the ball as England go in search of victory.

A PCB statement read: "Haris is available to bat in the first Test but will not be able to bowl due to a strain in his right quad. Haris rolled over the ball while fielding on the first day of the match."

The injury leaves a question mark over his fitness for the second Test in Multan starting on Friday (December 9). The series concludes in Karachi from December 17.

Faheem Ashraf would be the natural replacement for the remainder of the series if Rauf is sidelined. In 14 Tests, the 28-year-old has taken 24 wickets at 34.08.