Initial estimates had indicated that 8.3 million had watched the momentous win over New Zealand at Lord's 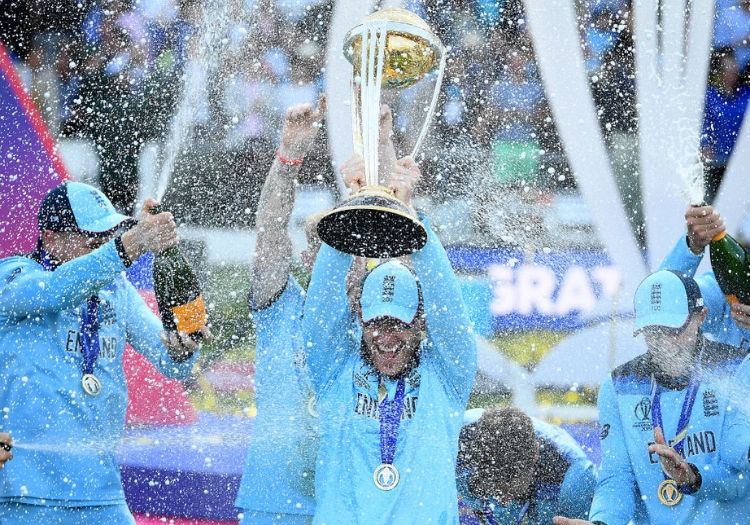 England's thrilling World Cup final win over New Zealand was watched by 8.7 million people in the United Kingdom, an increase from original estimates.

The peak audience for the Lord's showcase on July 14 had initially stood at 8.3 million, helped by Sky Sports allowing the match to be shown on free-to-air television via Channel 4.

Novak Djokovic v Roger Federer in the men's singles final at Wimbledon and the British Grand Prix were also shown on terrestrial TV on the same day.

But the Broadcasters Audience Research Board, who are responsible for delivering viewing numbers, have updated the figures and claim an additional 400,000 watched England's first-ever 50-over World Cup win.

Of the final figure, 5.2 million watched on Channel 4, who broadcasted the final 14 years on from international cricket's last appearance on free-to-air television; the 2005 Ashes series.

Twenty-three million people watched at least one of the prestigious events, with the marathon Wimbledon final leading the way with 9.6 million viewers.

Lewis Hamilton's record-breaking sixth victory at Silverstone was beaten into third place (3.5) by the cricket, which saw Eoin Morgan's men prevail on boundaries scored after a tie match and super over.

“The BARB numbers underline what difficult choices sports such as cricket have. Sky and other pay-TV services give fantastic financial support to sports by paying top dollar,” Jonathan Thompson, CEO of Digital UK, which leads the development of Freeview.

“But if you want to ensure the longevity of our traditional sports, and enthuse a wider social mix of people, including those who may not be able to afford to pay for telly, then these audience numbers show the way to do it.”