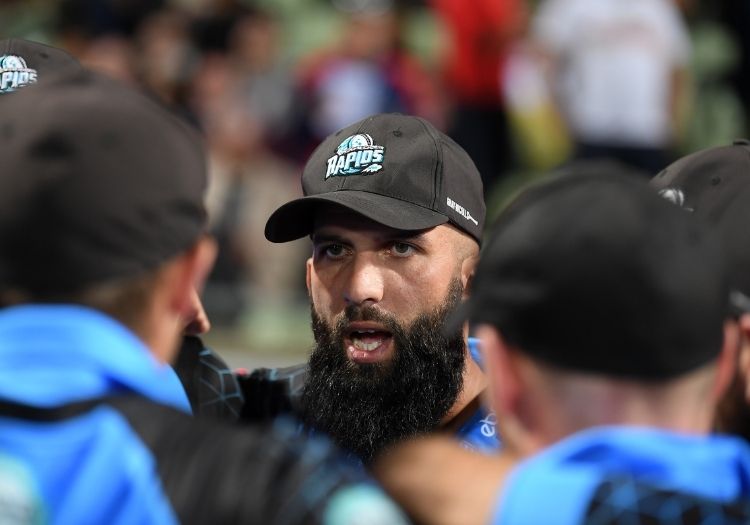 Notts Outlaws began their defence of the Vitality Blast with a thrilling tie after seemingly set for a comfortable victory over Worcestershire Rapids at New Road.

The Outlaws were on course for what looked like a straightforward win after openers Joe Clarke and Alex Hales put on 76 in six overs in pursuit of a 153 target. But Rapids spinners Moeen Ali and Ish Sodhi hauled their side back into the contest to leave five runs needed off the final over from Josh Tongue.

Luke Fletcher was run out off the third delivery and then the final ball saw Peter Trego (35) fail to beat Ed Barnard’s throw back to keeper Ben Cox attempting a second run. Steven Mullaney took over the Outlaws captaincy from Dan Christian – called up by Australia - and put the Rapids into bat.

Notts spinner Matt Carter enjoyed a double success in his first over. Brett D’Oliveira on five was stumped and then Rapids captain Moeen Ali was bowled for six. Riki Wessels on 14 was run out by Mullaney’s direct hit from mid off. Jake Libby and Ben Cox added 37 before the latter on 14 was caught and bowled by Mullaney.

Ross Whiteley produced the first six of the innings in the 16th over when he flicked Mullaney behind square. The left hander clubbed a full toss from Paterson over the ropes in the same region and Libby reached a composed 50 from 42 balls with his third four, off Paterson.

Whiteley had made 42 off 34 balls when he was caught on the cover boundary in the final over from Fletcher after a partnership of 78 in 10 overs with Libby. 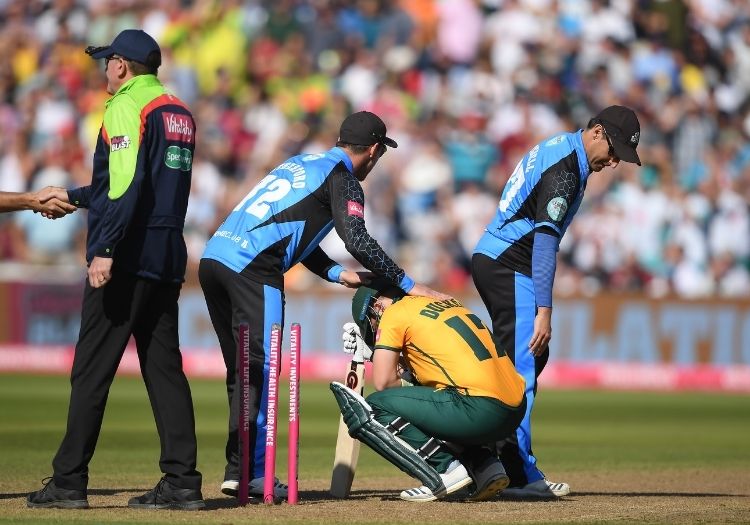 There was time for Ed Barnard (10) to hit Fletcher for a six over mid wicket and a ramp shot for four before he was caught on the boundary from the last ball of the innings. Clarke and Hales got the Outlaws innings off to a flying start and Dwarshuis’ first over for his adopted county cost 15 runs.

Rapids paceman Josh Tongue was struck for three sixes and a boundary in his opening over which yielded another 25 as the 50 came up in just 4.1 overs. The opening pair had put on 76 before Hales, with 31 from 18 balls, fell to the last ball of the powerplay from Charlie Morris when caught by Moeen at long off.

Sodhi struck in his first over when Clarke, having made 45 from 21 balls, holed out to Dwarshuis at long on. It became three wickets in three overs when Ben Duckett (6) was lbw to a delivery from Moeen which kept low.

Whiteley then produced a superb diving catch at deep mid-wicket to account for Tom Moores after he attempted to pull a delivery from Moeen. There was another breakthrough for the Rapids when Samit Patel (11) failed to beat Charlie Morris’s accurate throw to Cox.

Tongue produced a superb catch to dismiss Mullaney (7) running back to third man off Charlie Morris to set up the thrilling finale.