Sydney Sixers miss out on semi-final spot despite win over Melbourne Stars as Perth Scorchers scrape through. Brisbane Heat are still in contention for their third triumph in succession and Sydney Thunder's hopes of a second title are still alive 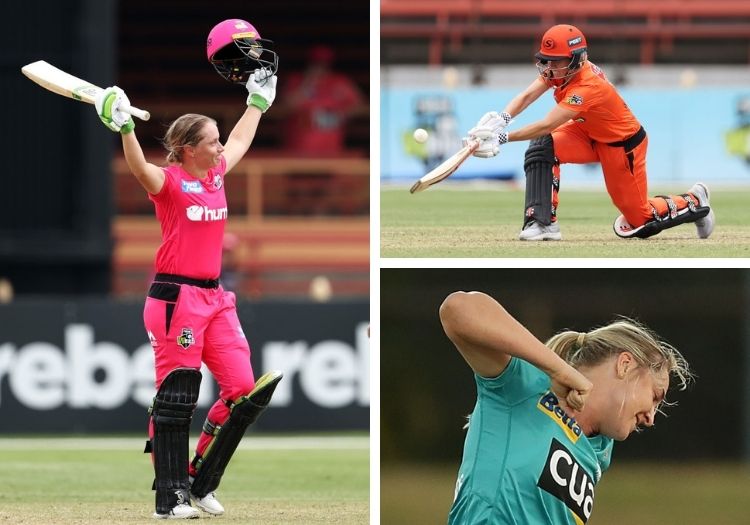 Sixers miss out on semi-finals despite Healy ton

At one point, Sydney Sixers were in a fantastic position to make the WBBL semi-finals, having gone on a long winning streak. However, they miss out by 0.439 on net run rate despite defeating Melbourne Stars by five wickets on DLS.

Alyssa Healy was the star of the show for Sydney Sixers as she smashed 111 off 52 balls in the rain-affected encounter. Astonishingly, 96 (84%) of her runs came in boundaries as she struck 15 fours and six sixes at North Sydney Oval.

Melbourne Stars scored 178 for 4 in 19 overs, largely thanks to Meg Lanning (77) who scored her sixth half-century of the competition. There was also valuable contributions from her opening partner Elyse Villani (45) and Nat Sciver (32).

While it may be the batting that steals the headlines, Sixers’ Marizanne Kapp and Stars’ Tess Flintoff both took three wickets each for their respective sides. 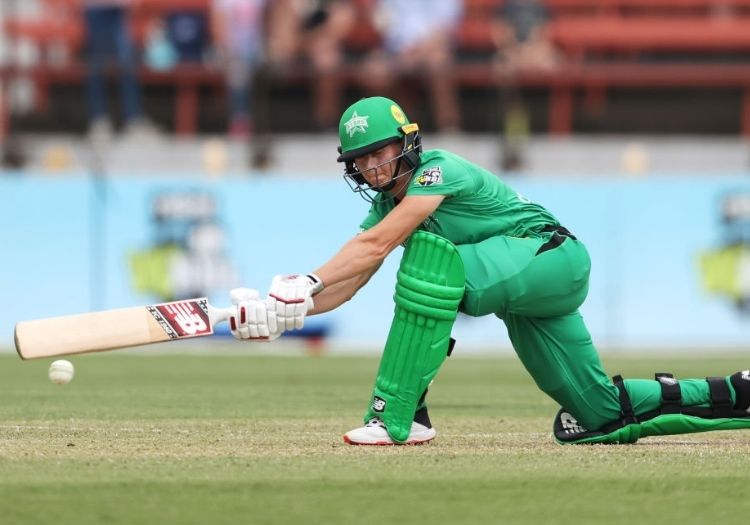 Meg Lanning hit 77 in vain as Sixers edge the win

In another rain-affected encounter; this time at Drummoyne Oval, Brisbane Heat defeated Melbourne Renegades by 43 runs via DLS.

Having won the toss and electing to field, Melbourne Renegades would’ve been pleased with their efforts early on.

Brisbane Heat were 36 for 3 through seven overs but it was New Zealand spinner Amelia Kerr (35 not out), batting at five, who fired to help her side reach 114 for 6 in their 17 overs. Georgia Voll (20) was the only other player to reach 20.

However, it was Heat bowler Georgia Prestwidge who was the star of the show. The 22-year-old ripped through Renegades, taking 4-12 to help bowl her opponents out for 76.

This ends a quiet campaign for Renegades. Heat’s hopes of making it three WBBL triumphs in a row are still alive; they’ll have to get past Sydney Thunder for a place in the final. 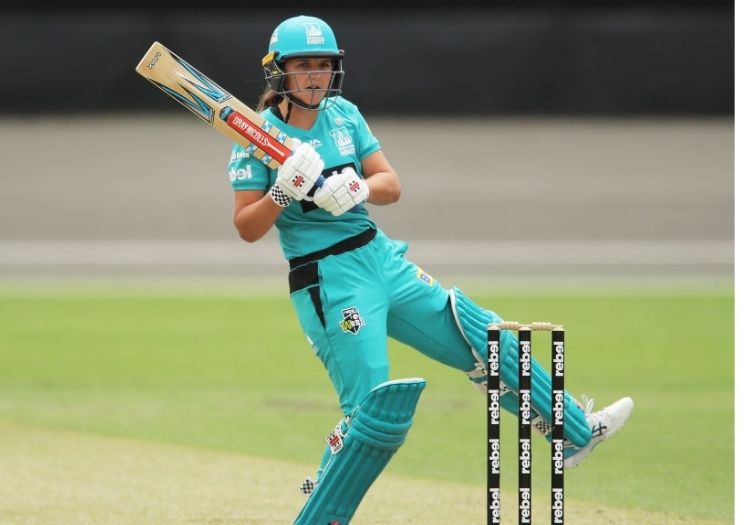 Amelia Kerr scored an unbeaten 35 to help her side win

Scorchers through despite defeat by Strikers

Perth Scorchers are through to the semi-finals by the barest of margins despite a three-run defeat to Adelaide Strikers.

Sophie Devine and her team made the final four by the skin of their teeth – finishing ahead of Sydney Sixers by 0.439 on net run rate.

Amanda-Jade Wellington set up the victory for Strikers, by thumping 48 off 25 balls – hitting five fours and two sixes in the process. She had back-up from South Africa’s Laura Wolvaardt (37) and opener Katie Mack (32) as Strikers made 159 for 6 in their 20 overs. England’s Sarah Glenn finished with figures of 4-18 in her four overs.

Scorchers’ openers Beth Mooney (60) and Devine (57) put on 118 for the first wicket. Perth looked set to go on and take the victory, but they stuttered – losing a further 6-38, falling three runs short of the required 160. 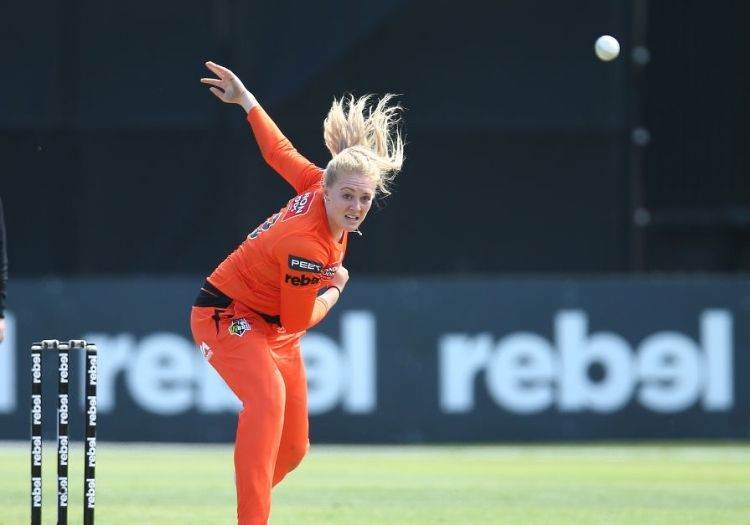 Despite 39 from Sasha Moloney, 32 from Rachel Priest and 24 not out from captain Corrine Hall, Hurricanes could only muster 115 for 9 in their 20 overs.

In response, Thunder chased down the required 116 with relative ease – finishing the game with more than three overs to spare. Heather Knight (25), Phoebe Litchfield (24 not out) and Tammy Beaumont (22) all pitched in to get their side over the line.

Thunder will take on Brisbane Heat in the semi-finals. This ends a disappointing campaign for Hurricanes, who only won three matches in the whole competition.