WBBL 06: Who makes our team of the season?

We take a look at the top performers in this year's Women's Big Bash League, which saw Sydney Thunder clinch their second title 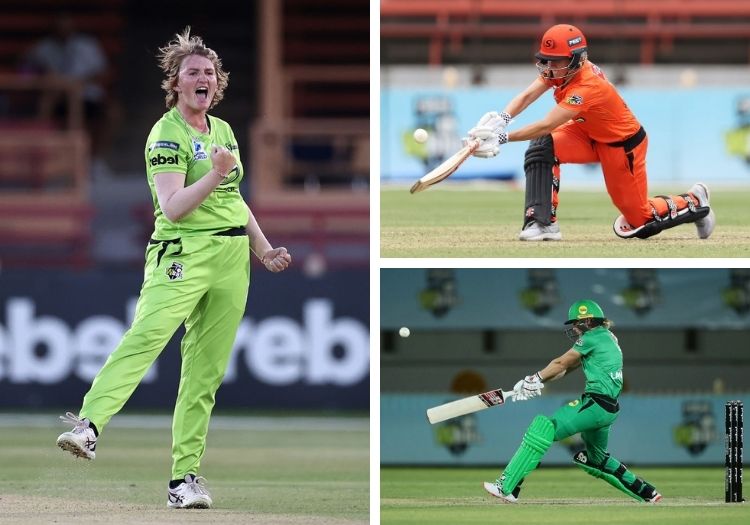 Beth Mooney ran the show for a second year running, finishing as the competition’s top run-scorer with 551 runs at an average of 55.10 in 14 matches.

She played an integral part in helping Perth Scorchers reach the final four of the tournament. After a poor start, Perth found form thanks to Mooney at the top of the order and came close to reaching the final, losing out to Melbourne Stars by seven wickets in the semi-final.

New Zealander Sophie Devine was one of only two players to register a century in WBBL. Her 103 against Sydney Sixers was a key moment on Perth Scorchers’ run to the knockout stages, acting as a catalyst for their strong run in the second half of the group stage.

Leading from the front, Devine scored 460 runs in the competition as the tournament’s third-highest run-scorer. She averaged 51.11 in her 11 matches.

Australia’s captain Meg Lanning showed her class with the bat throughout the sixth edition of the WBBL.

As one of the most consistent performers, Lanning was at ease in her new team, having made the switch from Perth Scorchers. She scored 493 runs in the competition at an average of 41.08 with no fewer than five half-centuries – playing a key role in Melbourne Stars topping the tree in the group stage.

Settling into a new franchise is never easy, but it is something that Heather Knight coped extremely well with.

After a quiet WBBL in 2019, Knight was out to prove a point as she was reunited with Trevor Griffin, the coach with whom she won two KSL titles with at Western Storm.

This year, she scored 446 runs at an average of 40.54 and was one of the key overseas players. She was also a stellar performer with the ball, taking 10 wickets. 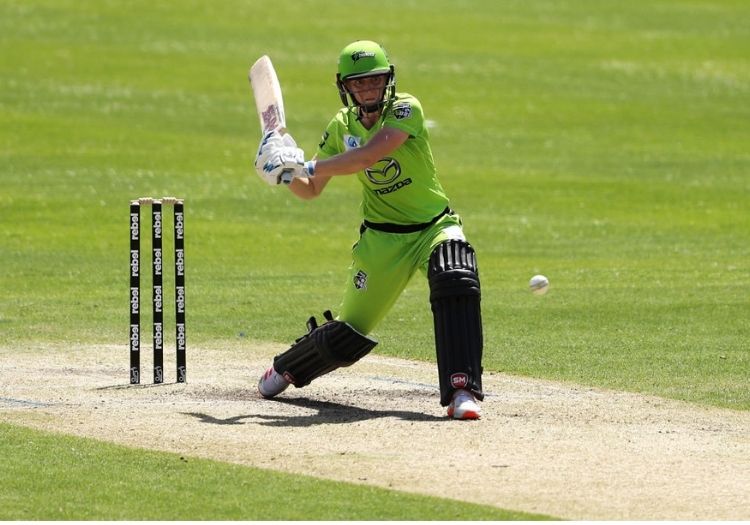 One of six English players involved with WBBL 06, Nat Sciver was part of a star-studded line-up at Melbourne Stars and rose to the occasion, performing consistently with both bat and ball, being the key allrounder.

Sciver took 19 wickets in the competition, sitting third in the list of leading wicket takers – only behind Sammy-Jo Johnson and Hannah Darlington. She claimed best figures of 4 for 29. With the bat, Sciver scored 252 runs, averaging 36.00 in the middle order.

Brisbane Heat were a team in trouble early in the competition as they seeked to clinch their third successive WBBL crown.

They came close, reaching the semi-final and Laura Kimmince was a major reason for their charge; down the order she scored 177 runs at 22.12 with a top-score of 41. Her strike rate of 205.81 caught the eye - a ferocious hitter, Kimmince was more than capabale of getting the job done.

With 22 wickets in 16 matches, Johnson was the stand-out bowler in a talented Sydney Thunder bowling attack. The 28-year-old joined Thunder this year having played previously for Brisbane Heat and impressed, claiming best figures of 4-26. She took 2-11 in the final to help her side clinch their second title.

In the final she took 2-12 to finish the competition with 14 wickets. Her best figures recorded were 3-10 and that will fill the South African with confidence through 2021 as she builds up to a big year of cricket in 2022 with a 50-over World Cup, a 20-over World Cup and the Commonwealth Games.

Adelaide Strikers may have missed out on the semi-finals, but Sarah Coyte made a real impression on the competition.

Coyte took 18 wickets in 14 matches and was the standout Strikers bowler. She had great support around her with Megan Schutt, Tahlia McGrath, Amanda-Jade Wellington and Darcie Brown all playing their part too to help Strikers win six of their 14 matches. 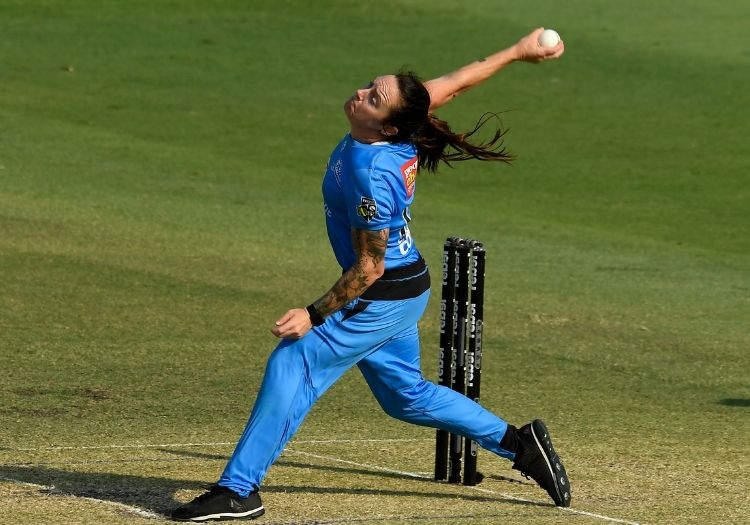 The 18-year-old is definitely going to be a star in the future and is one to keep an eye on. She took 19 wickets in the competition, finishing with best figures of 3 for 19.

Another Sydney Thunder player makes it into the team of the season. This time, Sam Bates sneaks in after taking 18 wickets in 16 matches.

Her performances mean that she fits into the top five in the wicket takers list, making sure that Sydney Thunder occupy three of the top five spots; this just shows how consistent they have been with the ball through the whole year.