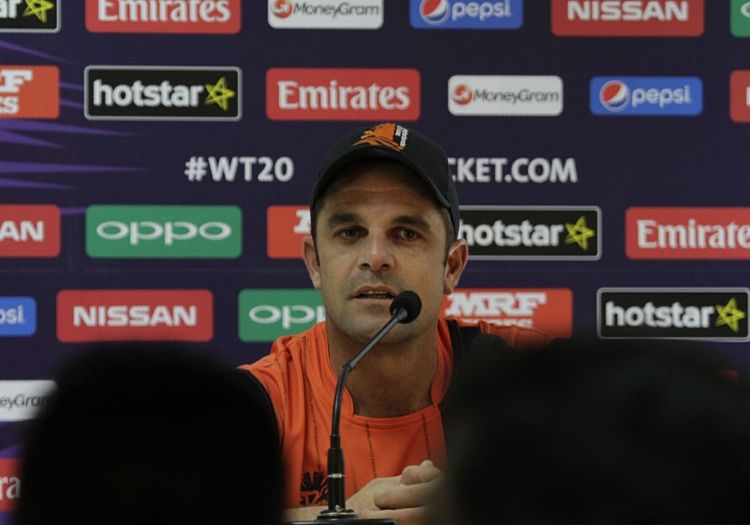 Netherlands assistant coach and analyst James Hilditch has extended his contract with the national side.

He will now continue working alongside head coach Ryan Campbell through to the end of 2021.

It was announced in March 2019 that Hilditch had joined the coaching staff on a full-time basis, overseeing the Netherlands A team, as well as assisting the national side and under-18 programme. He had previously been involved in a part-time capacity.

Campbell described him as a “head coach in waiting”, explaining: “He has been outstanding for Dutch cricket with his ability to help technically with our national squad players as well as our youngsters coming through. His analysis of our opponents was also a leading factor in us winning the [T20 World Cup] Qualifiers.”

Hilditch added: “With three years of guaranteed cricket on the horizon, it is a great time for the aspiring young cricketers within the Netherlands to look up to their fellow countrymen taking on the best in the world.

“We have an exciting group of players and I know that we will turn a few heads and cause some upsets along the way and I am just happy to be able to contribute to that.

“There is a lot of hard work being put in behind the scenes, and I am hoping this will continue to grow the strength of the game within the country.”

Former Netherlands captain Peter Borren has also been added to the coaching staff. The allrounder holds an ECB Level Three coaching badge and will work predominantly with Netherlands A and the under-18 side.

“Our program is so busy now that it was vital that we added a third coach who could help develop our Dutch based youngsters,” Campbell said. “No one knows more of what it takes to be a Dutch international player than our former skipper Peter Borren.”

The news comes ahead of a busy period for Dutch cricket; they face Namibia in three ODIs and three T20Is in March, before taking on New Zealand and Pakistan during the summer.