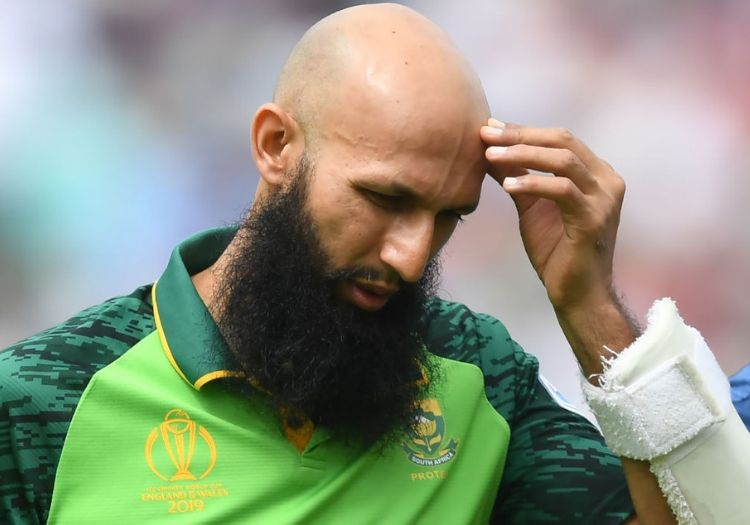 Hashim Amla is a doubt for South Africa's second World Cup match - against Bangladesh on Sunday - after the veteran batsman missed practice on Saturday.

The 36-year-old was forced to retire hurt on Thursday during his side's defeat to England after being hit on the helmet by a bouncer from Jofra Archer.

The incident occurred in the fourth over of his team's reply to England's score of 311 in the opening game of the tournament.

Amla left the field immediately - unbeaten on five, though later returned after the fall of the Proteas' sixth wicket.

Were Amla to miss out, it would seem certain that David Miller would come into the side, with Aiden Markram moving up the order to open the batting alongside Quinton de Kock.

South Africa will be looking to bounce back against Mashrafe Mortaza's Bangladesh side, with Faf du Plessis' team playing their second game in succession at The Oval. The Proteas have only lost three of 20 ODIs between the two outfits.