HANNAH THOMPSON - WOMEN'S CRICKET CHAT COLUMN: There are three key themes among the comments which frequently appear alongside coverage of the women’s game, often cast by faceless trolls who insist they “don’t care” about our sport 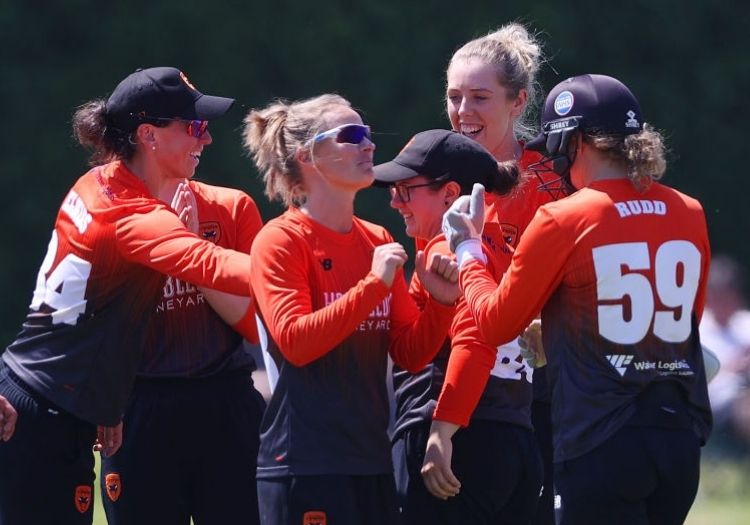 This weekend was the perfect example of what happens when women’s cricket receives investment. We saw record runs, record partnerships and record views.

‘Revolutionary’ is a word that shouldn’t be used lightly, but already the benefit of professionalism is clear to see. And the weekend’s numbers are remarkable across all dimensions of the game.

Just this week Kate Cross has been talking about the unfair tendency to judge women who work 9-5 days and train irregularly, as if they were fully-fledged pros: an uncomfortable truth of the county system and elite players in an amateur structure.

Now, with funding and access to regular training (even if some must still balance it with their work schedules), we can judge the players more appropriately, based on their new, professionalised environment.

And against that yardstick, over the first two rounds of the Rachael Heyhoe Flint Trophy, the women excelled.

Firstly, England stars shone. Amy Jones has made a spectacular start with the bat as Central Sparks won both of their first two games. Sutton Coldfield’s keeper-batter has hit back-to-back centuries to kick start the campaign. 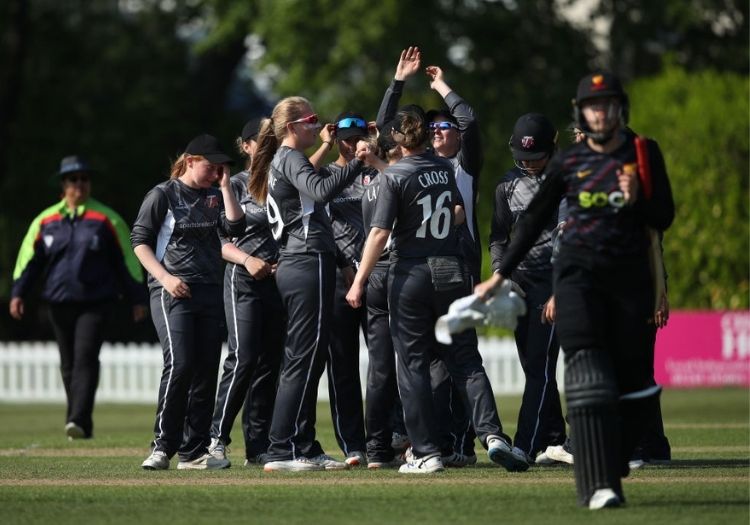 Her 163 not out against Western Storm in the Heyhoe Flint Trophy is the fourth highest of all time at the top level of English Women’s List A cricket. What’s more, that single innings would place her in the top five runscorers for the whole of the 2020 tournament – an impressive feat for the opening weekend.

There are three key themes among the sadly misogynistic comments which frequently appear alongside coverage of the women’s game, often cast by faceless trolls who insist they “don’t care” about our sport, all the while blowing themselves red in the face.

They are: the cricket is not entertaining, women are biologically inferior to men, and women’s cricket is like a boys’ schools match.

This weekend was a middle finger to their anonymous avatars.

No one can question the entertainment value of Western Storm versus Thunder, as Anya Shrubsole fired the fastest Rachael Heyhoe Flint Trophy 50 thus far, including three sixes off 34 balls.

Facing the world’s No.1 bowler, Sophie Ecclestone, Shrubsole found the boundary from the last ball of the match to secure the win for Storm by a single wicket: an enthralling, down to-the-wire experience.

Big run chases were the order of the day. Central Sparks pursued 280 against Northern Diamonds, only for Storm to go 12 better in their dramatic victory against Thunder.

Centuries have not been easy to find in the top tier of women’s 50-over cricket in this country – in the four seasons preceding the establishment of the Heyhoe Flint Trophy in 2020, there were just six in Division One of the County Championship – spread across 113 games. Last year, six tons were registered in 25 games. Over the Bank Holiday weekend, in eight matches, the women of the new professional structure managed five.

Not to be outdone, the bowlers made their mark too. Sonali Patel of Sunrisers claimed the Heyhoe Flint’s first hat-trick against Thunder, while Issy Wong and Tash Farrant made their claims for a spot in Lisa Keightley’s England squad with five-wicket hauls.

The drip-down impact of professionalism was also evident when Lauren Parfitt became the first uncontracted player to score a half-century, against Central Sparks. As more uncontracted players come to the fore, questions will be asked around the nature of the one-year regional contracts. Largely, who gets them and how long should they get them for? 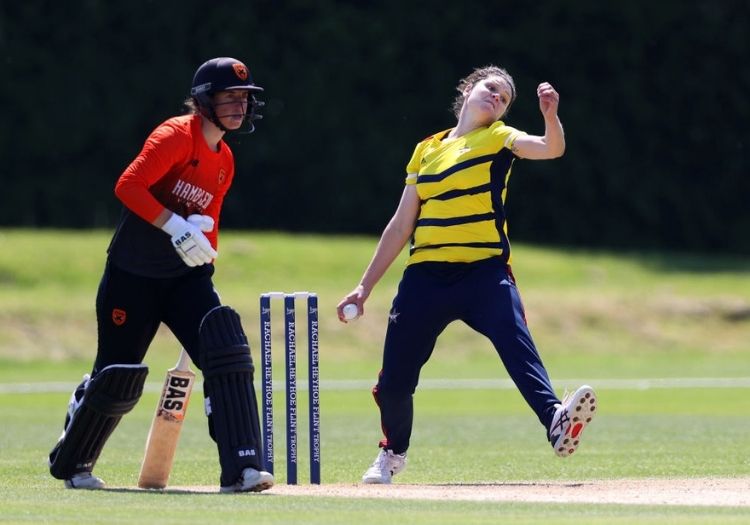 The professionalisation of the structure is already taking effect

How fair is it to ask the likes of Phoebe Graham to make a career-switching decision that may be taken away after one season? Yes, professionalism means accountability and sport can be ruthless, but there need to be some serious discussion about the sustainability of just five contracted players in each region.

The current professional wage is not life-changing and it’s easy to gloss over the competition with fluffy content celebrating the game stepping in the right direction, but this is certainly not the end-point and gratefulness should not stop difficult and uncomfortable questions being asked about the women’s game’s sustainability and growth.

The lived experiences of insecurity which come with these players’ contracts have ramifications which we do not yet fully understand. The PCA have a key role to play, and the recent elevation of several women to positions of authority within the players’ organisation will at least deliver a certain level of empathy.

Whether the ECB find more funding is another story; whether the regions can identify sponsors to allow them to self-fund players is too.

The only thing that is for certain is a big piece of work is still to be done when it comes to the creation of long-term security for these emerging players. One year is just a bed of nail. None of this should taint the success of the weekend, but the structural inequalities of the women’s game remain in development, and it is important to remind ourselves regularly of the work that needs to be done.

Evidently, there is a public appetite for the competition. 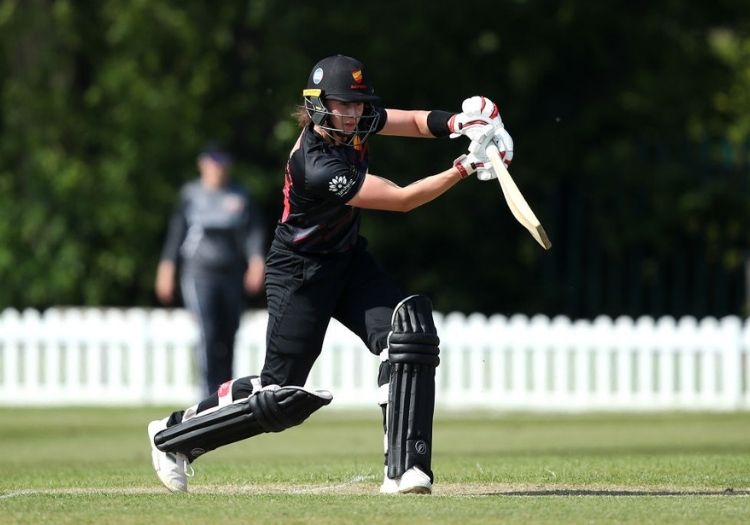 The success of the tournament relies on fans, bloggers, vloggers and mainstream press to maximise the coverage of a tournament that remains without official social media channels. For some that may be a small thing, but for others, it’s a pretty big piece of the visibility puzzle.

Last week, it took two supporters of the game - Abi Slade and Dan Kingdom - to set up an unofficial Twitter account for the competition, centralising the team news, results and other information.

In the men’s game the County Championship social media channels house men’s county content. For parity, we want the same dedication. As a product, there is so much potential with the competition and already on Twitter we are seeing a strong appetite for more roundups and highlights, a task that would take a little bit of time and resource but would ensure even more eyes are inspired by the incredible scenes we witnessed in the opening round.

Over 450,000 views were accumulated across the second-round live streams, a total that almost surpasses the entire competition last year. Indisputably, the players have shown us that women’s cricket is an exciting spectacle that deserves to be watched, to be funded and to be recognised. No longer can the trolls say ‘nobody cares’ or ‘nobody watches’, because they do.

The numbers are there to be seen. Increasing quality and quantity of coverage compliments the increasing performance quality of the 41 contracted professionals, who have shown that investment in women’s cricket returns entertaining viewing. Yes, there’s plenty more progress to be made, but we are just at the start of a transformational journey.