The 29-year-old succeeds Steven Patterson, who stood down from the role last week after confirming his retirement from the format 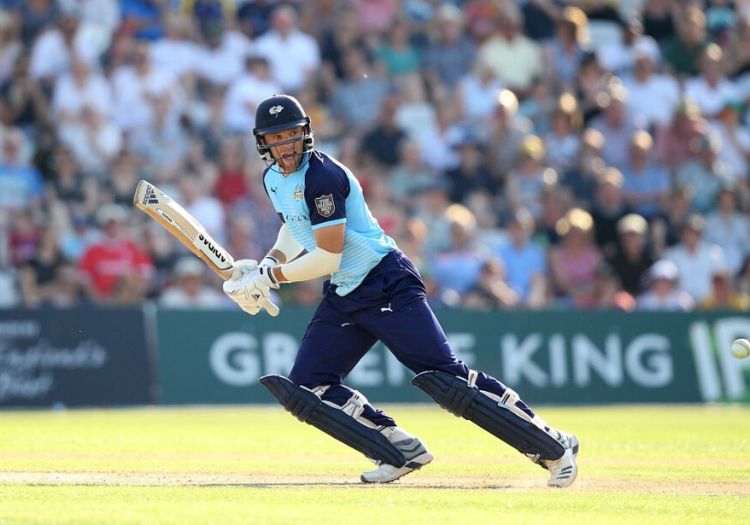 David Willey says his ostracising by England is firmly behind him after the allrounder was confirmed as Yorkshire's new T20 captain.

The 29-year-old replaces Steven Patterson who stood down from the role last week after confirming his retirement from the format.

Willey agreed to a new contract at Headingley last year after being omitted from the England squad which went on to win the 50-over World Cup.

Having missed out on a white-ball contract last September ahead of the T20 World Cup and not featured in limited-overs cricket for his country since May 2019, Willey has more clarity over his future international prospects.

"Over the past four or five years I’ve been in and out with Yorkshire due to England commitments, but having been left out of the World Cup my pathway for this summer has become very clear, which is really exciting," he said.

"I’m very much looking forward to getting my teeth back into County Cricket and all formats. Part of that will be drawing on my experience in T20 cricket and wanting to lead the team as well as I possibly can."

The former Northamptonshire man plays a key role with both bat and ball for Yorkshire, scoring 136 runs and taking nine wickets with the ball during the 2019 campaign.

"It's a great honour," added Willey, who will combine his county commitments with playing for Northern Superchargers in The Hundred.

"To be a captain at any club, let alone the biggest in the country is a great honour. Hopefully, this is the first step and we can have a successful year in 2020."