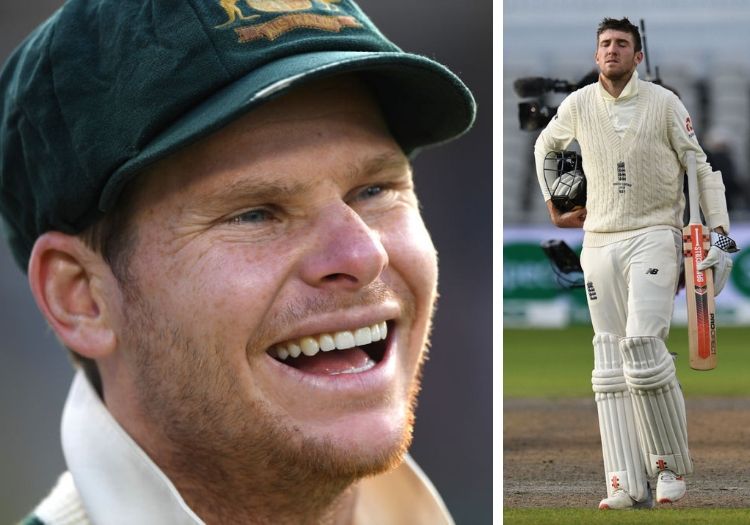 Rory Burns (81 & 0): England have truly found a proper opener, their best since Sir Alastair Cook. The Surrey man isn't pretty but that is what makes him unique. Couldn't replicate that stubbornness when needed, however, and should really have gone to three figures first time around. 7

Joe Denly (4 & 53; 0-8 & 0): Plenty of sympathy for the Kent man as he continues to be shifted around the batting order to accommodate others. Little he could do about either dismissal but another second-innings half-century was another example of his defiance. Admirable display, given that each of his Test outings feels like his last. 6

Joe Root (71 & 0; 1-39 & DNB): Showed more resilience in the first innings with a determined half-century. Bowled by a beauty from Cummins, a key wicket as England tried to save the game. Captaincy will always be dictated by results, which shows two series wins from the last seven. 6

Jason Roy (22 & 31): Another shocking shot in the first innings as Hazlewood's ball darted through the gate. Got a cracker from Cummins second time around but clearly has an issue in that department. Looked no more sure of himself in the middle order. 5

Ben Stokes (26 & 1; 0-66 & DNB): English cricket's prized figure endured a difficult game after his Headingley heroics. Shoulder injury meant he was restricted to less than 11 overs with the ball. Walked admirably in the second innings with a game to save - one of the moments of the series. 5

Jonny Bairstow (17 & 25): On borrowed time in this England team. Has an obvious problem with the straight ball and is error-strewn behind the stumps, though he did take a blinder to dismiss Wade. Losing his place for The Oval could signal the end. 3

Jos Buttler (41 & 34): His most fruitful Test with the bat after two decent scores. Second innings effort shows he does indeed have the temperament for Test cricket. After being troubled by the replacement ball, his downfall came when he left one which jagged back from Hazlewood. 6

Craig Overton (5 & 21; 2-85 & 0-22): Performed admirably in both innings with the ball but hard to see him having a long run in this team. Ball which got Labuschagne in the first innings was a cracker. Second innings batting was the longest in his first-class career. 6

Jofra Archer (1 & 1; 0-97 & 3-45): Notably down on pace in the first innings and his results reflected that. Dialled it up when Australia batted again, and naturally, the wickets followed. England must learn how to use his undoubted skills, but that will come. Duel with Wade particularly entertaining. 6

Stuart Broad (5 & 0*; 3-97 & 2-54): Continues to terrorise the Aussie openers, including David Warner, with some of the most potent bowling of his career. Has been liberated by the responsibility of being England's premier seamer in this series. Long may it continue. 7

Jack Leach (4* & 12; 2-83 & 1-58): Overstepping before finding Smith's edge was one of the key moments of this match. Didn't cause the all-conquering batsman many problems, despite his supposed problems against left-arm spin. More resilience with the bat but could do little when Labuschagne got one to spit out of the rough. 6 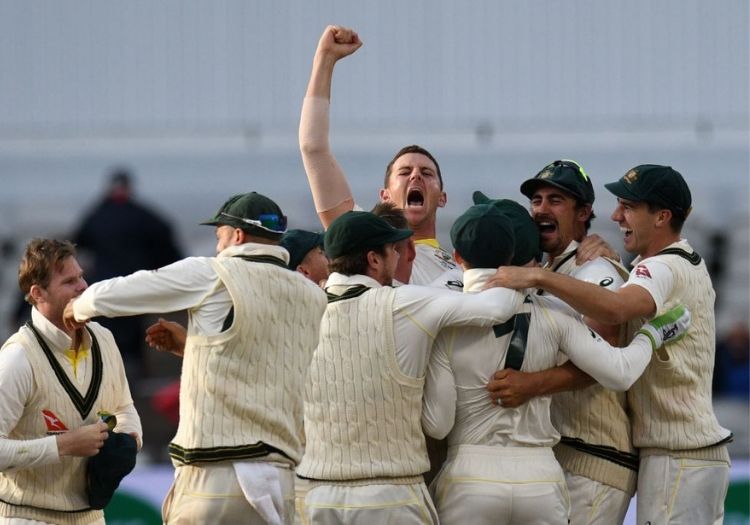 Australia won at Old Trafford to retain the Ashes

Marcus Harris (13 & 6): Another very ordinary outing from the opener in Australia's problem position. Could remain in place for The Oval by virtue of the lack of options but his future beyond this series is deeply uncertain. 2

David Warner (0 & 0): The first pair of a Test career which is looking increasingly bleak. Has been unable to repeat his form from the World Cup and unless a role opens up down the order it is hard to see him seeing out the series. 2

Marnus Labuschagne (67 & 11; DNB & 1-9): Went to a fourth straight Test half-century with a match-changing partnership with Smith, whom he continues to learn off. Registered his lowest score of the series when trapped by Archer. Seems amazing now that he didn't play until Lord's. 7

Steve Smith (211 & 82): What is there left to say about the modern game's best batsman? Double century was not without good fortune but it was another imperious knock. Second innings was remarkable in that he was able to play to the situation which required quick runs. 9

Travis Head (19 & 12): The tourists' middle-order remains brittle and Head is still vulnerable to losing his place in this team. Site of his middle stump being destroyed by Archer was sensational. 4

Matthew Wade (16 & 34): Produced at least one worthwhile innings but under little pressure when batting alongside Smith. Grabbed Denly with the catch of the match at short leg. Probably safe. 5

Tim Paine (58 & 23): His best individual score of the series was timely and actually pretty eye-catching. Use of DRS remains horribly uneven. 6

Pat Cummins (4 & 23*; 3-60 & 4-43): Continues to be superhuman with the ball during a marathon summer. Bowled 10 overs on the trot on day three without reward but laid an important platform. Ball of the match got Root on the fourth evening and set Australia on their way. 9

Mitchell Starc (54 & 3*; 3-80 & 1-46): Naturally looked a little rusty but found some swing with the new ball, helping him extract Bairstow among others. Excellent with the bat in the first innings, contributing some crucial runs. 7

Nathan Lyon (26 & DNB; 0-89 & 2-51): A target for the crowd throughout the match and it clearly got to him. Unable to take advantage of another dry surface and with plentiful footholes created by Starc, going 51 completed overs in the series between wickets. 5

Josh Hazlewood (DNB & DNB; 4-57 & 2-31): Arguably produced the spell of the series for Australia to help give the away side a significant first-innings lead. Benefitting from having missed the World Cup and looks fresh as a result. Carved his name in Aussie folklore with the series-clinching wicket. 8