Wes Agar, Liam O'Connor and Harry Conway return for the 10th edition of the competition, which kicks off on December 10 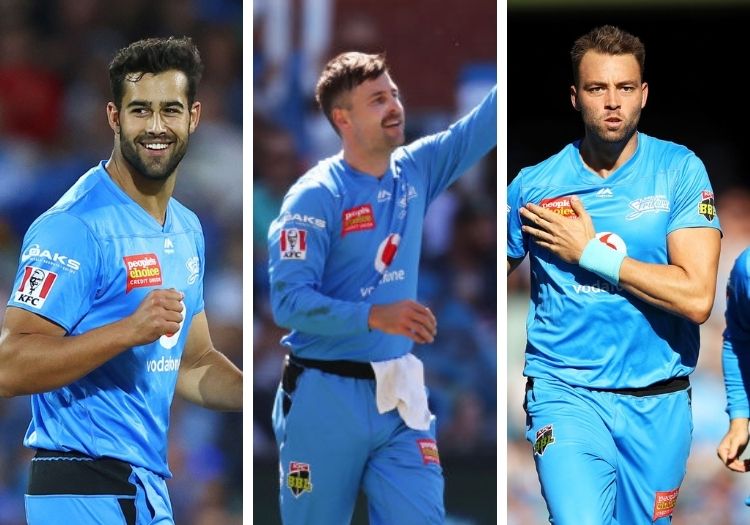 Adelaide Strikers have retained Wes Agar, Liam O'Connor and Harry Conway for the 10th season of the Big Bash League.

While Agar and O'Connor are back for a fifth campaign, Conway returns after his maiden campaign in 2019-20.

Seamer Conway took five scalps in as many matches in what was his first BBL season last year and is back hoping to make a similar impact.

It's a Strikers hat-trick today with the news that Wes Agar, Liam O'Connor and Harry Conway have all re-signed ahead of BBL|10 🥳 Welcome back lads! https://t.co/1uWXWpnqVn#BlueEnergy #BBL10 pic.twitter.com/n4pzJUAv0m

They re-join a squad captained by Travis Head and including Rashid Khan, Alex Carey and Peter Siddle.

Coach Jason Gillespie said: "To have Wes, Liam and Harry recommit to the Strikers is a fantastic result and a great sign for the future of our side.

"Our squad has excellent depth and balance, and the re-signing of those three players only adds to that.

"This is a group that is raring to go and we just can’t wait to get out there and give the fans some entertainment throughout BBL|10."