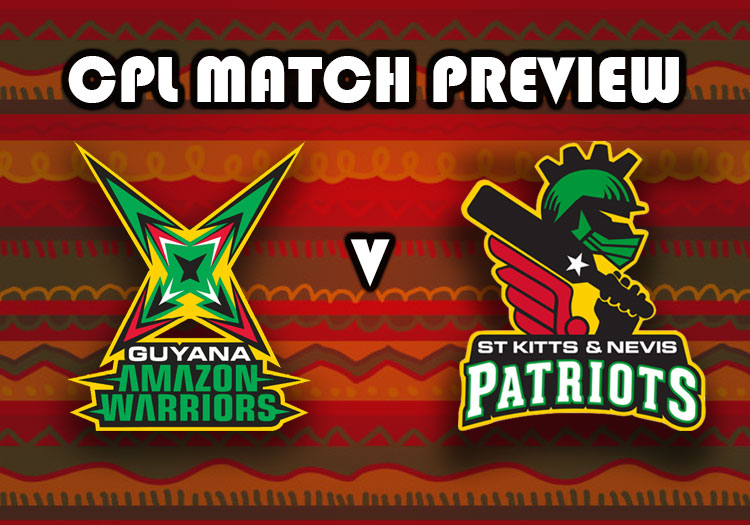 The match is scheduled to take place at 10am local time (GMT-5) on Thursday, September 8.

This game is due to be staged at the Daren Sammy National Cricket Stadium, St Lucia.

St Kitts & Nevis Patriots made a miserable start to the campaign, with successive heavy defeats at the hands of Barbados Royals and Jamaica Tallawah. They have since seen two games rained off to sit on two points from four games and desperately need a kick-start if they are going to stand any chance of defending their title.

Guyana Amazon Warriors, much fancied before the start of the tournament, lost to the Tallawahs. The Patriots and the Amazon Warriors were due to meet on September 4 but the game never got going thanks to the weather on St Kitts. Therefore, there is a not a win between the pair of them going into this contest. 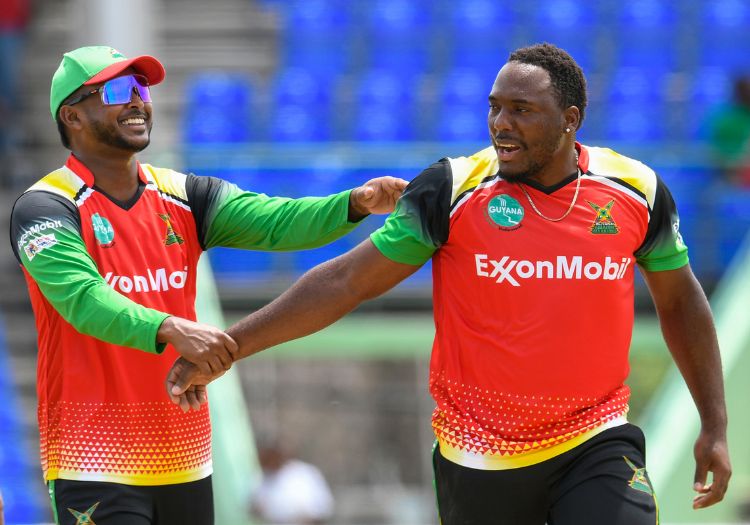 If it avoids the rain - and the battle with the elements is a match-up in itself - the Patriots will need to overcome Amazon Warriors' multi-pronged spin attack. Tabraiz Shamsi and Imran Tahir, two of the best in the world in T20 cricket, are supported by local slow left-armer Gutakesh Motie.

Motie went at just 2.5 runs per over in taking 2 for 10 from overs in defeat by the Tallawahs, while Tahir returned 1 for 22 and Shamsi 1 for 24 from their full allocations. Repeat those performances and Guyana will be well set.

Dominic Drakes missed the Patriots' opening two matches through injury and was not listed to feature in their rained-off fixtures. His is a big absence, as is Wanindu Hasaranga, who is danger of arriving in the Caribbean after his team has been eliminated. Hasaranaga is on Asia Cup duty with Sri Lanka.

Guyana will consider includeing Colin Ingram, who did not feature in their only game to date. Paul Stirling or Heinrich Klaassen would have to make way. If it were Klaassen, Shai Hope would likely take the gloves. Don't expect mass changes despite the fact they are winless.

Tickets are still available for this fixture, ranging from $4 to $17. There is also the option of the $125 VIP stand.

There is predicted to be rain around Saint Lucia through most of the day. Temperatures will sit at 31 degrees Celsius meaning if the inclement weather does clear then play should be possible. 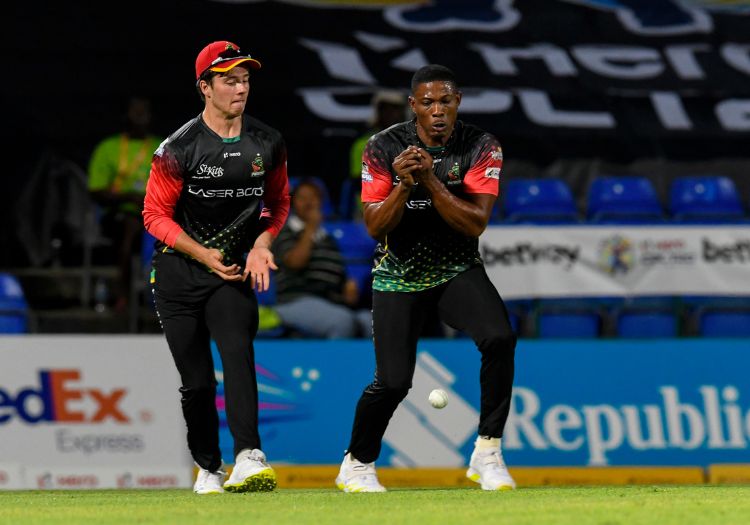