Roach's final-morning, six-over burst of 4 for 20 earned him overall second-innings figures of 5 for 72 as Warwickshire slid from an overnight 270 for 4 to 310 all out in just under an hour 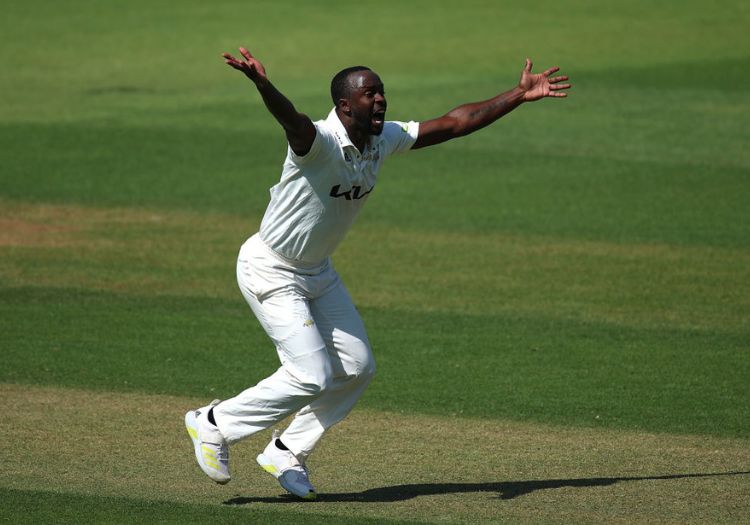 Kemar Roach produced a stunning spell of pacy swing bowling to set up a remarkable Surrey victory by six wickets against Warwickshire at the Kia Oval.

Roach's final-morning, six-over burst of 4 for 20 earned him overall second-innings figures of 5 for 72 as Warwickshire slid from an overnight 270 for 4 to 310 all out in just under an hour.

But the match was won and lost before lunch as instead of being able to press for victory themselves by setting Surrey a stiff fourth-innings target, as had seemed certain before play began, Warwickshire were suddenly left knowing that even the consolation of eight points for a draw was now out of the equation.

Jordan Clark supported Roach superbly with two wickets of his own, to finish with 3 for 61, and Surrey romped to the seventh win of their LV= Insurance County Championship campaign midway through the last session with 21.2 overs to spare on a pitch that had encouraged the seamers for much of the first three days but which, long before the end, had dried out noticeably to make batting easier. 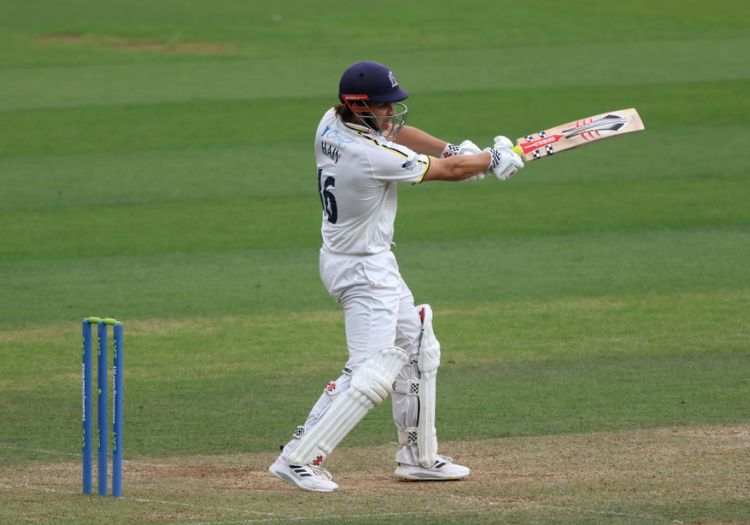 Despite second-placed Hampshire also winning against Yorkshire at Scarborough, and third-placed Lancashire beating Kent at Old Trafford, Surrey's 22-point win has actually extended their lead at the top of Division One to 16 points over Hampshire, and 34 over Lancashire, with the last three rounds of the championship season to come in September. Warwickshire took just five points from the game.

Burns and Ryan Patel launched Surrey’s chase with a purposeful opening stand of 58, before Patel lifted a drive at Nathan McAndrew to extra cover to go for 24.

And Burns, who had survived a big lbw shout on 0 when he shouldered arms at Liam Norwell, then combined well with Amla before – tied down a little by Danny Briggs' accurate left-arm spin – he tried to whip a ball through a well-set legside field and was caught at midwicket.

Pope's aggressive cameo ended with a top-edged hack to point off Brad Wheal and Ben Foakes also skied a catch off Briggs on 2 before Will Jacks arrived to sweep and then reverse-sweep his first and fourth balls for six, both off Briggs, and then finish the match with another six over extra cover off Wheal.

Warwickshire's collapse early on the final day turned the game dramatically on its head inside the opening hour. At one stage they lost four wickets in 15 balls and, overall, their last six wickets fell for the addition of only 40 runs in 11.5 overs.

To be fair to Warwickshire, two prime dismissals – those of Sam Hain for 96 and Michael Burgess – were controversial ones, with umpire Billy Taylor first giving an astonished Hain out to a legside catch by keeper Foakes and then upholding an lbw appeal when Burgess was hit flush on the boot on the line of leg stump to a hooping inswinger from Roach. 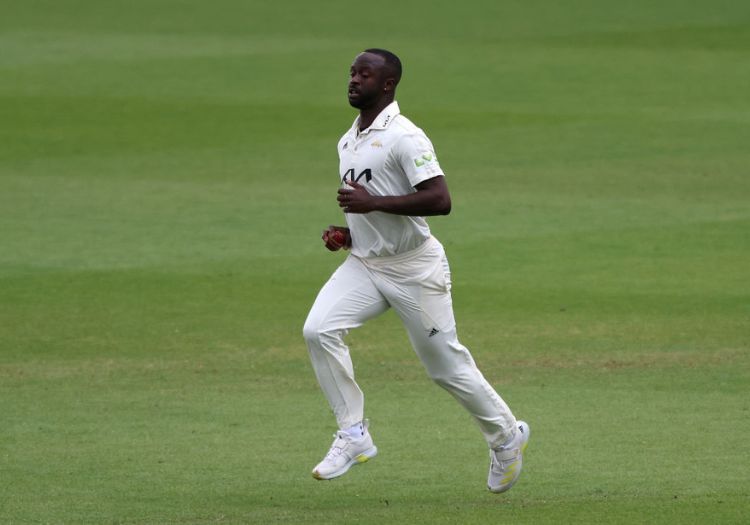 But Roach and Clark still bowled with great skill and fire to polish off Warwickshire's second innings in such style, finding consistent swing despite warmer and less cloudy conditions than the previous three mornings.

Will Rhodes was the first to go, for 74, after adding just two runs to his overnight score and taking his superb fifth-wicket stand with Hain to 137. Nibbling at an outswinger from Roach, bowling from around the wicket, the left-hander edged to Foakes in the third over of the day.

Then, nine runs later, came the Hain decision with the right-hander swishing at a ball that swung down the legside to a tumbling Foakes – ending a fine innings of 96 from 200 balls, with 10 fours, that took Hain’s season championship run tally to 954.

Burgess's dismissal in the same over for 8, after two beautifully-struck fours, was another big blow for Warwickshire and soon they had also lost Wheal, pinned leg-before for 1 by Clark.

McAndrew was next out, bowled by Roach aiming an expansive off drive against another inswinger, leaving Norwell – who on nought had survived a brilliant leaping effort by Roach at extra cover to catch his booming drive at Clark – to eke out another 17 runs with Ollie Hannon-Dalby before Warwickshire's No.11 was athletically held at long leg for 9 by Conor McKerr off Clark.