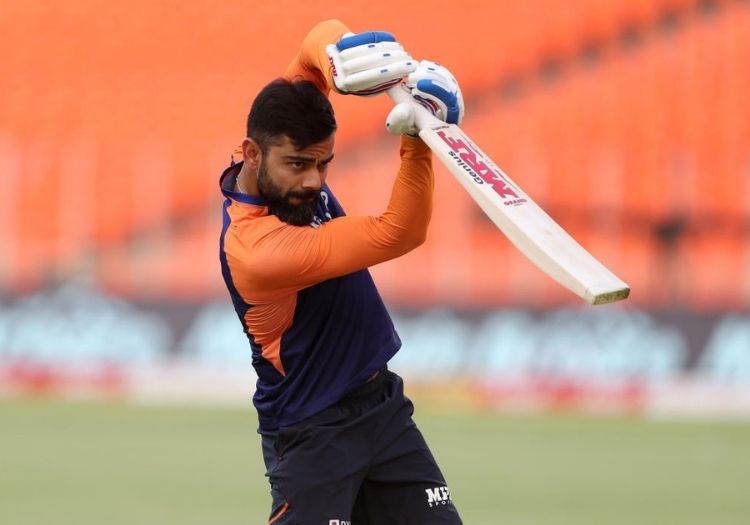 Virat Kohli: The most runs in IPL history and RCB’s captain fantastic, there can be few arguments to Virat Kohli’s superstar status.

Before the tournament, Kohli appeared to confirm he will be opening the batting for RCB in 2021, instead of occupying his more familiar No.3 berth. However, after scoring 80 not out versus England at the top of the order, RCB fans can still expect their captain to surpass 450 runs.

The combination of his vast T20 experience and RCB’s enviable roster could be a match made in heaven and end both of their waits for an IPL crown.

Yuzvendra Chahal: Admittedly, the 30-year old didn’t have the greatest time of it during India’s recent white-ball series against England but there can no questioning his incredible IPL performances last year.

Chahal was the tournament’s premier spinner, taking 21 wickets at 19.28 and bowling with an economy of 7.08, and although he doesn’t get the same headlines as other spinners – like Rashid Khan and teammate Adam Zampa – there is no doubting his importance to RCB’s bowling attack.

Devdutt Padikkal: The 20-year-old burst onto the scene in 2020, scoring 473 runs – including five half-centuries – in 15 appearances to finish last year’s delayed tournament as RCB’s leading runscorer – outscoring both Kohli and De Villiers.

Padikkal continued his stellar form into January’s Syed Mushtaq Ali Trophy, amassing 218 runs at a strike rate of 134.56 in six appearances for Karnataka and comprehensively proving his IPL performances were no fluke.

All eyes will be on Padikkal in IPL 14 and if he can add a second 400-plus run season to his CV, it shouldn’t be too long before he finds his way into Kohli’s India setup.

Finn Allen: In a whirlwind six months, Finn Allen has steered Wellington Firebirds to their fourth Super Smash title – scoring 512 runs at a strike rate of 193.93 to top the runscoring charts, received his maiden call-up to New Zealand’s white-ball squad, and earned an IPL ticket as a late replacement for Josh Philippe.

It may be difficult for the 21-year-old to break into RCB’s star-studded XI but Kohli will be happy to have the explosive Kiwi in his arsenal.

Daniel Sams didn’t set the 2020 IPL alight. The 28-year-old made three appearances for Delhi Capitals, bowling with an economy of 9.5, taking no wickets and facing just two balls with the bat.

However, in BBL10, the Aussie transformed himself from a good pace bowler into an all-rounder selected in both The Cricketer’s and the official Big Bash team of the tournament. With the ball, he took 11 wickets with an economy of 8.51 in 10 appearances for Sydney Thunder; with the bat, 200 runs at an average of 40 and a competition-leading strike rate of 188.68.

Traded to RCB for the 2021 IPL, Sams is a completely different player from the under-performing quick who failed to impress in Delhi in Autumn and could be the bargain buy of the tournament if he gets the opportunity to replicate his Big Bash form.

In 2020, RCB were over-reliant on Kohli, De Villiers and Padikkal to score runs. The trio scored a combined 1,393 runs and 13 of RCB’s 14 half-centuries. Nine of these 50+ knocks came in RCB’s seven wins while only four were scored in their eight defeats: if RCB’s top order didn’t fire, RCB didn’t win.

On the home front, Rajat Patidar and Mohammed Azharuddeen are also shrewd signings. Although neither player has IPL experience, they both showed good form in this year’s Syed Mushtaq Ali Trophy, with Patadar scoring 221 runs at a strike rate of 153.47 and Azharruddeen amassing 214 runs at an average of 53.5, respectively.

Their spin options of Chahal, Washington Sundar, and Adam Zampa are also tantalising.

RCB have addressed their middle-order conundrum but the same cannot be said for their death bowling. They spent over £2m on New Zealander Kyle Jamieson – a right-arm medium-fast bowler (of which they now have five) who has never played in the IPL, nor in a franchise tournament outside his home country.

While their squad also includes seamer Kane Richardson and spinner Adam Zampa – neither of whom are slouches with the ball – they may struggle to fit into the side with de Villiers, Maxwell and Christian likely to occupy three of the four overseas berths. And, if you do pick Zampa or Richardson, you’re leaving a £2m+ player on the bench.

Looking at their Indian options, aside from spinner Chahal, none of the others – Siraj, Saini, Patel (all seam) or Ahmed (spin) – have comparable experience or economies. Once again, RCB may have spent money in the wrong places and left themselves exposed at the death.