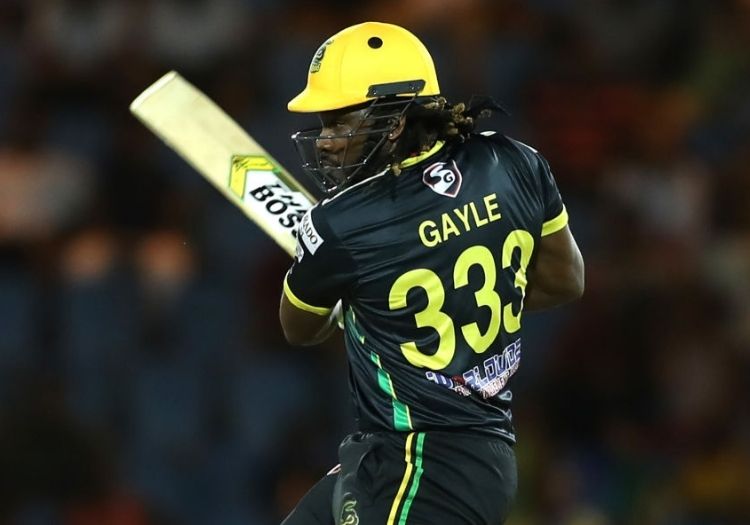 Chris Gayle: Very simply the greatest T20 runscorer in history (13,720). No tournament or team is complete without the West Indies titan. Scorer of three of the biggest 20-over knocks of all time, including the highest in history for RCB eight years ago.

And if there was any fear that in his 40s, Universe Boss would start slowing down last term's 288 runs in seven innings, which including becoming the first player to record 1,000 sixes in the format, they were rubbished during a fleeting seven-game spell cut reduced by illness.

Jhye Richardson: If it wasn't for Chris Morris, perhaps the Australia seamer's move to Kings would have garnered more attention. Richardson admits he is still finding his way after shoulder reconstruction and has never previously featured in the IPL, yet Anil Kumble saw him fit to part 14crore with.

It is a gamble, but a fascinating one all the same. The 24-year-old finished as the BBL's top wicket-taker, claiming 29 scalps for Perth Scorchers but his previous outings in India (economy rate 9.50 from two games) means there are plenty of questions heading into the campaign.

Nicholas Pooran: Given the velocity that the West Indies batter's star is rising, his performances in the UAE were rather underwhelming, at least with the bat.

Three hundred and fifty-three runs at 35.50 was a decent return, but the 25-year-old is no ordinary player. This is the campaign where Pooran can truly elevate himself from world class to superstardom. That can start with an improvement in the T20 Player Index, where he sits 23rd and is among one of the highest ranked outright batters in the standings.

When you consider the winners and losers of lockdown, the Tamil Nadu finisher firmly falls into the first category. Khan enjoyed an impressive 2019-20 campaign, but was overlooked for an IPL deal.

When the world shut down, the 25-year-old did the opposite. He transformed himself into a power-hitter, putting on muscle and working on his hitting against length and death bowling.

Now a different animal, his ball-striking in the Syed Mushtaq Ali Trophy and Vijay Hazare Trophy saw him become highly coveted at the auction, where he was picked up for 5.25crore. The world has been warned.

The Tasmania quick enjoyed a fine fortnight either side of the start of March, being picked up for his first overseas franchise contract and then making his long-awaited Australia debut in the T20 series against New Zealand.

More than just Shane Warne's favourite, Meredith is starting to add substance to his glowing reputation (and extraordinary moustache). This will be his first trip to Asia as a senior pro, delivered thanks to impressive displays during the last two Big Bash tournaments, when he regularly surpassed 150kph on the speed gun and caught the eye of plenty of onlookers.

At 8crore he was the most expensive uncapped overseas player acquired at the auction. That might prove to be a snip in years to come.

In the form of Gayle, Pooran and KL Rahul there is a power-hitting top-order to rival any in the sport (combined 2020 strike-rate: 145.39). The latter has recaptured his form just at the right time after the England ODIs.

When you add the slow yet steady Dawid Malan into the mix there appears to be the perfect blend at Kings' disposal. '

They scored above 170 in six of their 14 games last term but a failure to swell that figure could lead to another frustrating campaign.

Too often an explosive batting line-up was undone by some loose bowling.

Ignoring Gayle's five deliveries, only Ravi Bishnoi and Murugan Ashwin finished with an economy rate below eight. Mohammed Shami's return is welcome by he hasn't bowled a ball since before Christmas.

Richardson and Meredith are high class in their own conditions but this is their first step into the big bad world of the IPL.

Having missed out on Kyle Jamieson, Moeen Ali and Chris Morris, Kings were clearly keen on adding an explosive bowling allrounder. Moises Henriques and Fabian Allen are entrusted with filling the role.