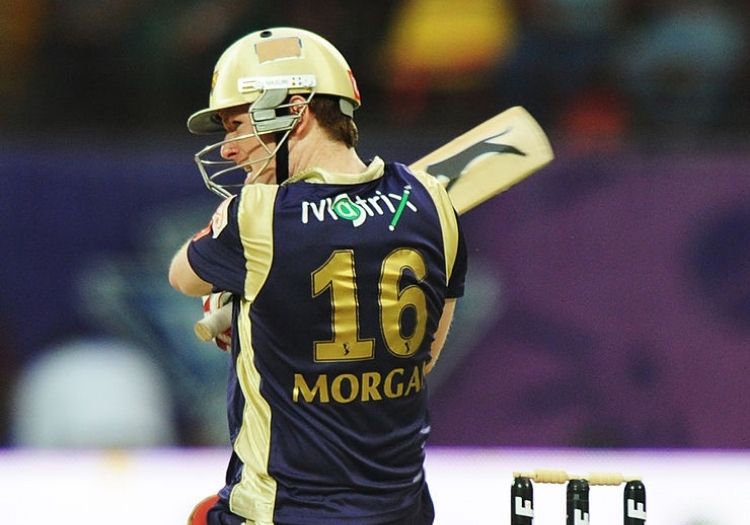 Eoin Morgan: By some considerable distance last season was the England skipper's most fruitful campaign, scoring 418 runs at 41.80 and an IPL career-best of 68 not out against Rajasthan Royals.

It was a particularly impressive return given he took over the captaincy after seven matches of the campaign from Dinesh Karthik. Now in tandem with close friend and head coach Brendon McCullum for a full season for a first time, it will be fascinating if he can apply the direction and drive he provides his country for KKR. Failure to finish in the top four wasn't the best of starts.

Shakib Al Hasan: Having missed out on several allrounders during the auction, it was just as well KKR were able to pick up Shakib early on. Now concerns over his participation have been cleared up (he may still miss the playoffs) after a falling out with the Bangladesh Cricket Board, the focus is on turning around a rather underwhelming IPL career (746 and 59 wickets in 63 games) and improving on his standing of 268th in the men's T20 Player Index.

If his last spell with the team which included titles in 2012 and 2014 can be repeated it will be considered a welcome return but in a team full of middle-order talent he'll be required to play a central role.

Pat Cummins: The Australia quick took time to re-adapt to albeit familiar surroundings last year after his much-hyped return to KKR, but 12 wickets in 14 games represented a solid return.

Cummins admitted to feeling the burden of his 15.50crore price tag and that pressure will return. He also observed that reputations and valuation won't suddenly turn conditions in his favour, and he could struggle to have a real impact if pitches don't provide bounce and pace. Lateral movement is pretty much non-existent.

It was quite the week for Vaibhav Arora in late February. Signed up by KKR at the start and by the end taking a maiden career hat-trick on his List A debut in the Vijay Hazare Trophy. And if he didn't think he had entered the big time already, being in among international company might convince him.

The son of a milk dairy owner has delivered on a regular basis during his short senior career. His previously untidy action has been cleaned up and he is now a classy operator, possessing a handy yorker and being in among the likes of Cummins and Lockie Ferguson will only assist his education.

Off the back of a rather underwhelming domestic season, Mavi arrives for his third IPL campaign with a real point to prove. A regular above the 140kph barrier, the right-arm quick could do with supplementing his immense talent and skill with some discipline.

An economy rate around nine isn't going to endear him to captain Morgan and while he provides plenty of gusto and theatre it comes at a cost.

Nevertheless, last term was a marked improvement (nine wickets at 23.55) on his maiden campaign and while he is largely competing for one berth in the starting XI few batters will fancy facing him first up.

The middle-order of Shakib, Morgan, Karthik and Andre Russell gives KKR plenty of options depending on how the innings is shaping up. The skipper was deployed as the finished most often, but that will surely be adjusted this year.

As mentioned throughout, there is a strong battery of quicks who all bring plenty of pace and excitement, but striking on the right blend will be vital in order to harness that talent.

A genuinely world-class partner for Shubman Gill at the top of the order is lacking and improvements from Nitish Rana and Rahul Tripathi (both averaged in the 20s in the UAE) are needed to ensure powerplay wickets don't unravel the innings.

While the seam attack has fireworks, regular wickets could become a problem meaning Lockie Ferguson's fitness will be vital.

If Varun Chakravarthy, who wasn't deemed fit enough for the England series doesn't repeat last season's heroics (17 wickets at 20.94) then the spin ranks are short of genuine star performers.

Harbhajan Singh arrives to sprinkle some stardust on that contingent, but it is an area that lacks dynamism. Sunil Narine and Kuldeep Yadav need to rediscover their best.