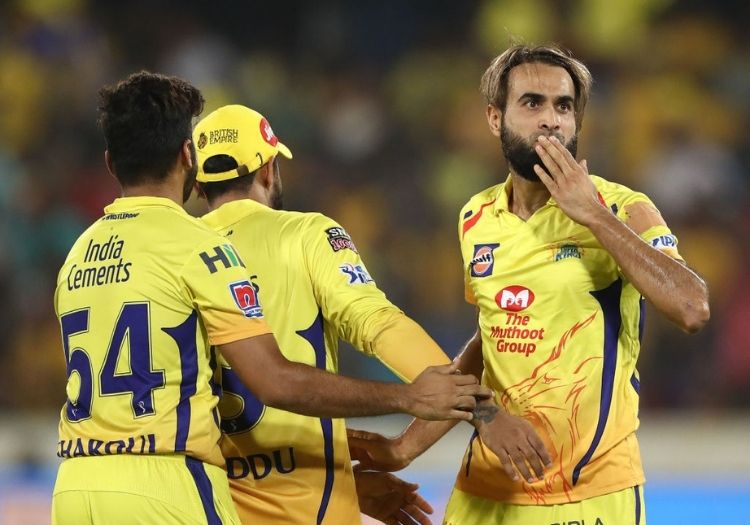 MS Dhoni: The legendary figure of Indian cricket faces one of the toughest tests of his career, to turn around a side who suffered their worst tournament finish in 2020 and failed to reach the play-offs for the first time. Dhoni lives a shaded existence these days so this will be a rare second sighting of him in the space of six months.

Aptly for what was a torrid campaign for CSK, Dhoni endured his worst campaign from a personal perspective (200 runs at 25) and though he turns 40 before the 2022 edition the absence of fans surely means he'll be back again.

Moeen Ali: It would be somewhat exhausting to recap everything which the England allrounder has been through since the last IPL, but he has spent much of it not playing a great deal of cricket and been used as the poster boy for rotation and recovery.

Having splurged £700,000 on Ali during the auction, CSK are likely to give him a central role having been rather smothered at Royal Challengers Bangalore. His international trials detract from one of the most flowing batting techniques in world cricket, which is underpinned by a handy strike-rate with the ball. The sort of player a new era can be built around.

Faf du Plessis: Among the top 10 runscorers from the last two editions of the IPL (845 runs at 38.40), the South African veteran might be slipping out of the international game but he remains an imposing figure on the franchise circuit.

Last season was his most fruitful yet, finishing with more runs, boundaries and fifties than any of his despairing teammates. That a 36-year-old in the autumn of his career can be the outstanding positive of an entire campaign might highlight where CSK find themselves but as a three-time winner he knows better than most what it takes to prevail at this level. And as Dhoni and co pick up the pieces from last term, there is at least one player they can rely on. 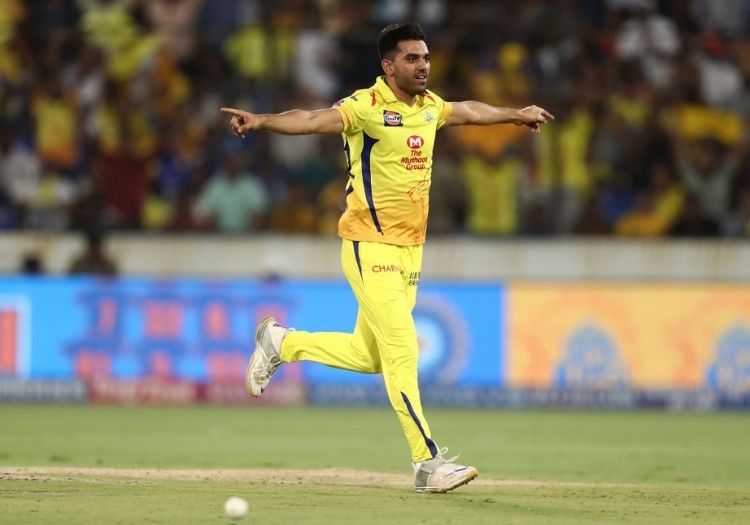 Deepak Chahar in action for CSK

Alongside the performances of Sam Curran, the manner in which Gaikwad signed off from an otherwise disastrous IPL was seriously impressive. Three fifties and as many player of the match awards - a run which no CSK player has previously put together - delivered a trio wins and perhaps more importantly a degree of optimism ahead of the new campaign.

The 24-year-old is very much the future at the top of the order, and looks adept against both pace and spin. Arrives into this competition in some shaky form (he signed off from the Vijay Hazare Trophy with a run of 19, 30, 13, 18), but picking up from where he left off in the UAE will very much be the focus.

Currently 400th in the men's T20 Player Index, but don't expect that to last.

Perhaps not the unknown star he looked when he was picked up by Fleming at the auction, but this right-arm quick is the kind of talent even fans watching behind closed doors can get behind.

Reddy is upright, lightning quick, bowls stump to stump and with a simple action which generates plenty of pace, trapping batsmen for room. This will of course be a whole new experience for a player who is barely two dozen games into his professional career. He will have flown in under the radar if he hadn't taken out Dhoni's off-stump during a recent practice game.

Reputations were blunted in 2020 and while fans won't be in attendance, at least initially, there is a real point to prove among the group that remains from 2020.

It sounds cliched, but the biggest positive facing CSK is just how badly last term went, both on and off the field. While other sides were battling for the play-offs and silverware, preparations for 2021 (this is the shortest turnaround time between tournaments) began in the closing weeks of the last campaign.

During that period they struck upon a formula that delivered consistency with Gaikwad, Sam Curran, Ngidi and Imran Tahir key components.

It was never likely to take just a single off-season to complete the overhaul CSK desired. The dressing room continues to have a 'Last of the Summer Wine' feel with 10 of the squad 33 or over and many of them who have seen the good days, and, perhaps more importantly, the bad.

It remains to be seen how the leadership group takes shape too. Fleming is a cool and collected figure and having previously staged an overhaul at Melbourne Stars has specific ideas about the way forward.

Dhoni endured a torrid 2021 but isn't showing any signs of shifting. And then there is the returning vice-captain Suresh Raina, who left the camp under a cloud on the eve of the last tournament for "personal reasons" but was called out by owner N Srinivasan. That group surely won't last as a trio beyond the 14th edition.