Haynes scored 3,818 international runs in a career with Australia that began in 2009 and ended with Commonwealth Games glory in August 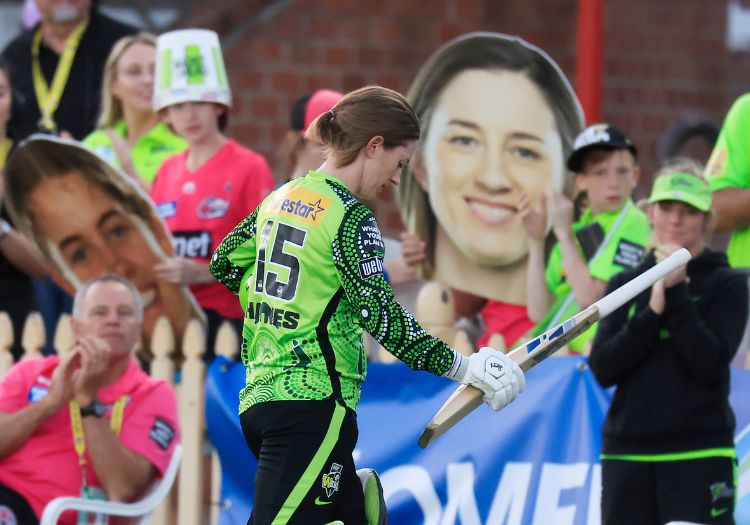 Rachael Haynes, a multiple world champion with Australia, played the final game of her illustrious career for Sydney Thunder in a Women's Big Bash defeat against Adelaide Strikers.

She was given a guard of honour as she departed the field in recognition of her impact on the women's game across 167 international appearances, which included 25 fifties and two hundreds.

Haynes, who announced in September that she would be retiring following the WBBL season, scored 3,818 international runs – 2,585 of which came in ODIs.

She made her Australia debut in 2009 and struck 98 on her Test debut, the closest she came to a Test century. In her final international appearance, she won the Commonwealth Games at Edgbaston.

"I feel very fortunate to have played through the professionalisation of the game, and it is very special to have the success we have had and maintain that desire to get better," she told Lisa Sthalekar, her former Australia teammate after Thunder's 26-run loss. 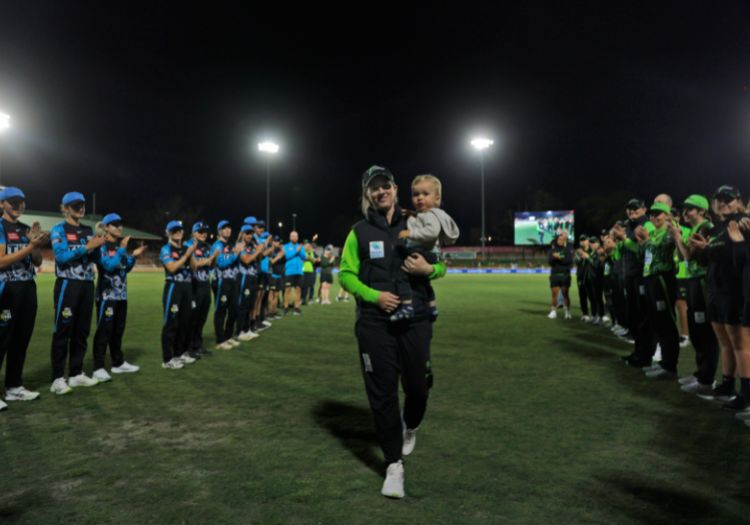 Haynes captained her country 14 times over three formats, including during the 2017/18 Ashes, and was Australian vice-captain to Meg Lanning between 2017 to 2022.

She added: "I know I'm ready to leave, but it's still that moment of walking away from something that you've done all your life, essentially.

"This game you can never master but it keeps you coming back for more."

She was dropped by Australia after the 2013 Ashes but returned four years later to become a vital senior player. Heather Knight, a regular adversary with England and a Sydney Thunder teammate, tweeted: "Loved playing with you, less so against you! A brilliant leader and person."

Haynes won the WBBL twice – the second time as captain in 2020. But her career ended with a disappointing campaign this time around; they finished bottom and won just once.