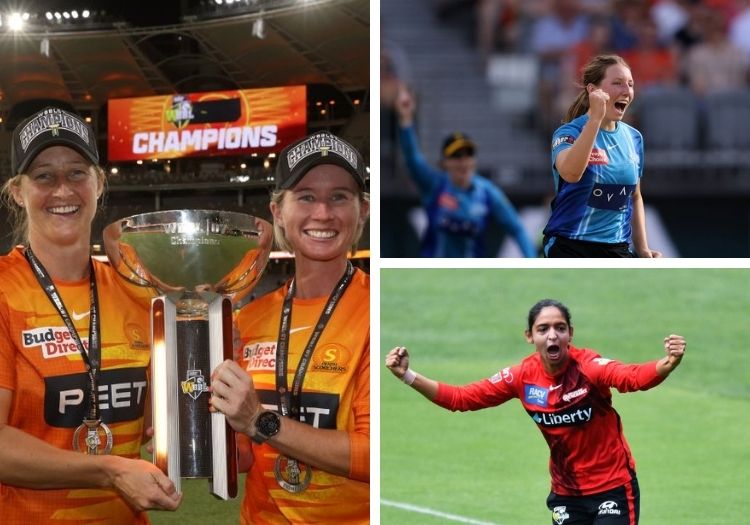 Another WBBL season, another golden bat award for Beth Mooney. In scoring 547 runs, the Scorchers wicketkeeper became the first player to pass 3500 WBBL career runs and passed 400 runs in a season for the 7th year in a row. The pick of her innings came against Melbourne Renagades when she blasted 101 not out from 63 balls while she and opening partner Sophie Devine amassed three of the top four highest partnership in the 2021 tournament. A thoroughly deserved third WBBL title.

One of only two players to score 400 runs and take 10 wickets in WBBL07 (the other being Harmanpreet Kaur), Scorchers skipper Sophie Devine well and truly led from the front. At her trademark, big-hitting best with the bat, Devine scored 66 boundaries (14 of which were sixes) in the tournament while her highlight was a 60-ball century against Sydney Thunder. With the ball, she excelled as Perth’s part-time pacer and took the crucial wicket of Katie Mack in the final.

Speaking of Katie Mack, the Adelaide Strikers opener was one of the surprise packages of WBBL07. She headed into the tournament having never previously scored more than 300 runs in a season and had just three fifty-plus knocks in 73 innings. This season, she was one of only two players to pass 500 runs and scored five unbeaten half-centuries – four of which came in the second half of the tournament. She didn’t do herself justice in the final, scoring just six runs, but that shouldn’t overshadow a breakout tournament for the 28-year-old. 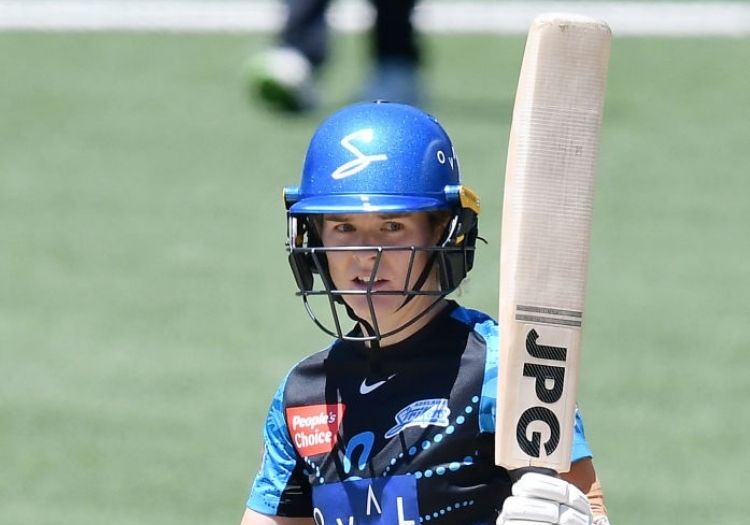 The only way is up for Georgia Redmayne. In 2021, the 27-year-old passed 400 runs in a season for the first time in her WBBL career and struck five half-centuries in 14 innings. With the gloves, she was far and away the best wicketkeeper in the tournament, completing 17 dismissals and producing one of the stumpings of the year against Melbourne Renegades. Redmayne becomes more like Sarah Taylor, who she played alongside for Welsh Fire, with every passing innings.

Harmanpreet Kaur was on fire in every part of her game in WBBL07. With the bat, she hit a tournament-leading 18 sixes, passed 50 on three occasions and scored her 406 runs at a strike rate of 130.96. With the ball, she took 15 wickets – five more than her nearest teammate – and bowled several big overs at the death. And in the field, she took eight catches. The Indian international was absent when Renegades needed her most in the Challenger but thoroughly deserved the player of the tournament gong.

In her first season as captain, Tahlia McGrath led Adelaide Strikers all the way to the final and top-scored in Perth with 36 from 29 balls to nearly see her side over the line. Solid, if not remarkable, with bat and ball throughout the tournament, McGrath played several big knocks at the business end of WBBL07 to spearhead her side’s title charge. Pipped Melbourne Stars’ Kim Garth and Marizanne Kapp (Perth Scorchers) to this slot because of her runs.

Several players were in contention for this position, including Lauren Cheatle (Sydney Sixers), Hannah Darlington (Sydney Thunder), Megan Schutt (Adelaide Strikers) and Lilly Mills (Perth Scorchers). However, after taking two wickets in the final six overs and scoring 23 runs in Saturday's final, Heather Graham gets the nod. The medium pacer is one of the unsung heroes of the Scorchers line-up and had arguably the best WBBL season of her career, amassing both her second-highest run total (239 runs , WBBL02) and second-highest wicket haul (22 wickets, WBBL04). The 25-year-old, who now has 100 WBBL appearances and one champions medal to her name, is one to watch next season.

The WBBL07 golden arm and unofficial winner of the performance of the season. Amanda-Jade Wellington was hugely impressive for Adelaide Strikers, picking up wickets steadily throughout the tournament, before taking 5 for 8 against Brisbane Heat in the eliminator – the best figures in WBBL history. And after completing her fourth 15-plus wicket season in five years, surely a return to the international set-up can’t be too far away?

Last season, Alana King was on the losing side in the WBBL final; this season, she is a winner – and boy, did she have a big hand in it. Saving her best performance with the bat for the big stage, the spinner scored 14 off five balls at the death to push the Scorchers beyond the 140-mark before recording 0 for 24 with the ball – including conceding a miserly 13 runs off her two death overs. She was equally impressive with the ball throughout the tournament, passing 15 wickets for the third time in four years and recording the third-best economy of the top-20 wicket-takers. A shrewd signing by the Scorchers. 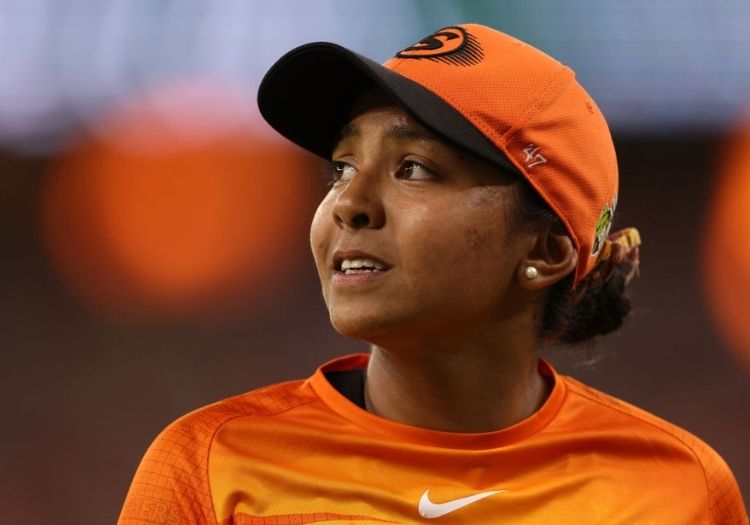 Jess Jonassen skippered Brisbane Heat to the WBBL finals, was one of only three players to take 20 or more wickets in the tournament and also bolstered the lower order with 101 runs. All in all, an impressive showing from the spinner, especially when you consider her last elite cricket prior to the tournament was back in April.

One of the standout powerplay bowlers of WBBL07, Darcie Brown – in tandem with Megan Schutt – has destroyed more than a couple of top orders this year and emphatically backed up her Young Gun award from 2020. The 18-year-old didn’t have it her own way in the final but finished an impressive third in the overall wicket-taking charts and took a fine hat-trick against Brisbane Heat back in October. She will almost certainly add to her one T20I cap over the next few months.

Grace Harris shone with the bat in WBBL07, dispatching 49 fours and nine sixes on her way to 420 runs, and also picked up six wickets. However, she was a tad expensive with the ball this season – a factor which, coupled with Redmayne’s keeping and Mack’s form at the business end of the season, cost her a spot in the XI.