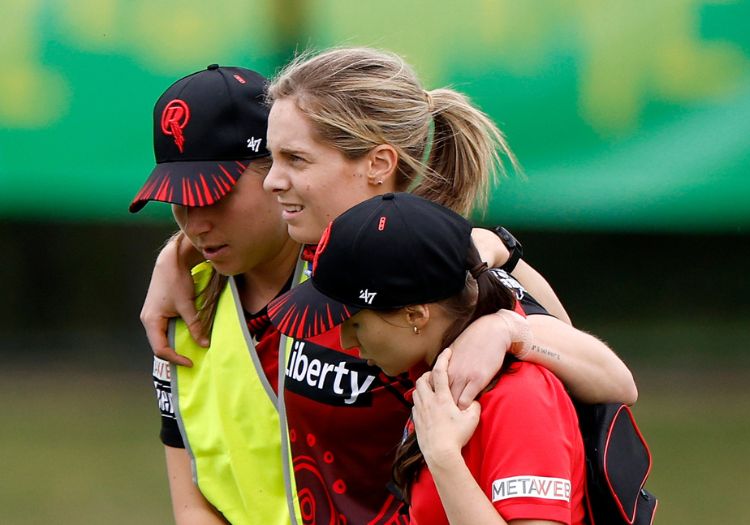 Sophie Molineux has ruptured her ACL, a cruel blow for the Australia allrounder who only recently returned from another lengthy layoff.

Molineux, 24, suffered the injury when her left knee buckled while bowling the final over of Melbourne Renegades' derby defeat by Melbourne Stars on Sunday.

She was helped off the field without completing her over, and scans have since confirmed the severity of the injury.

"Our thoughts are with Sophie, and we will do everything we can to support her now and through her recovery period," said James Rosengarten, Renegades' general manager.

"Sophie had put in a power of work over the winter to return from her foot injury and has been a fantastic leader for our team this season. 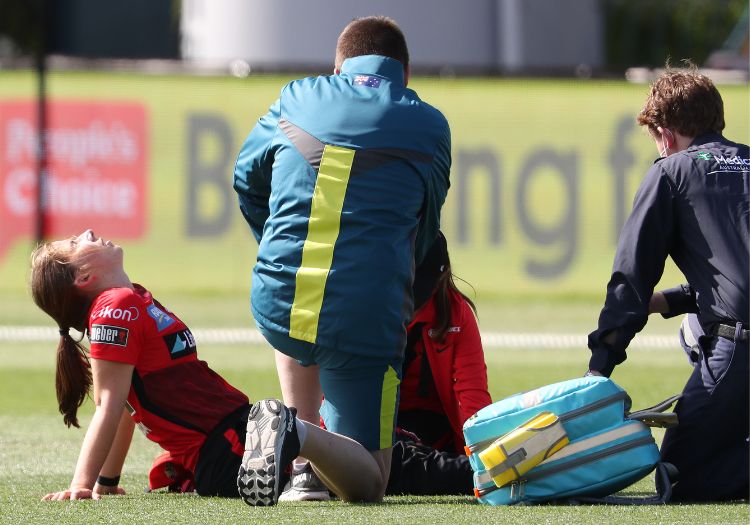 "We know Sophie will bounce back from this latest setback and we'll be there with her every step of the way."

Molineux made her international debut four years ago but has been beset by injuries; she dislocated her shoulder in 2019 and was ruled out of the World Cup earlier this year with a stress fracture in her foot that she suffered in last year's Women's Big Bash.

That absence caused her to lose her central contract, and she wasn't included in Australia's squad for the Commonwealth Games but did feature in The Hundred for Birmingham Phoenix.

Her injury is the latest in a litany of unfortunate mishaps for Renegades this season. Tayla Vlaeminck and Georgia Wareham, who is still recovering from a long-term ACL problem, have both missed the whole tournament, while Harmanpreet Kaur withdrew before her arrival as an overseas player with a back problem.