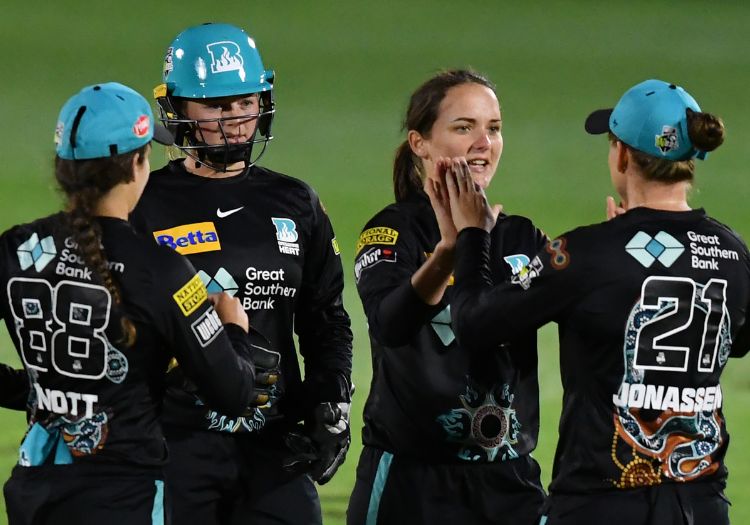 Brisbane Heat moved two points closer to the knockout phase of the Women's Big Bash after clinching a two-run win over Adelaide Strikers.

The Kerr sisters – Amelia and Jess – both played key roles in defending a revised target of 118 in a game reduced to 16 overs per side.

Amelia Kerr, the younger of the two New Zealand siblings, had earlier made 32 but her main contribution came with the ball, where she took the key wicket of Tahlia McGrath and then successfully closed out the match in the final over, conceding just seven runs and having Darcie Brown caught on the long-off boundary with three runs needed to win off the last delivery. Jess Kerr conceded just 13 runs in three overs and took the important wicket of opener Katie Mack.

Laura Wolvaardt (45) looked to be dragging Strikers over the line, but she fell in the penultimate over with 15 runs still needed. She was one of two big wickets for Nicola Hancock, who also had Deandra Dottin – dropped down to No.4 – caught second ball. 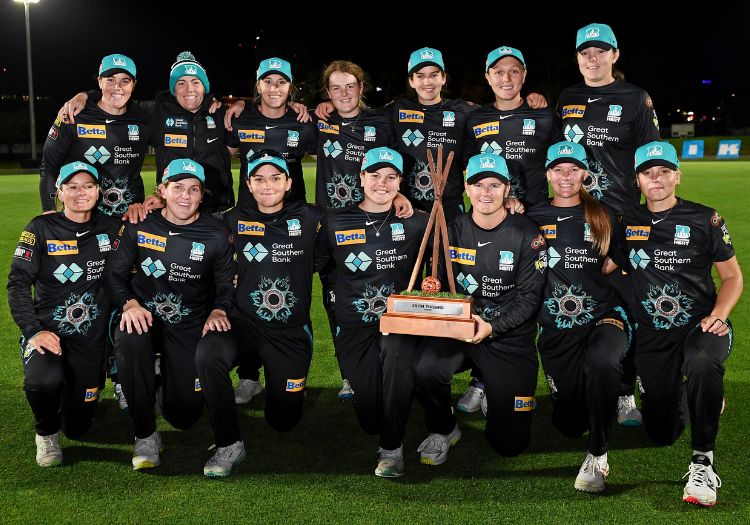 Only Megan Schutt, who ended unbeaten on 18, gave any real support to the South African as Adelaide, who would have been lifted above Heat with a victory, collapsed from 46 for 1 to 115 all out, with Tegan McPharlin and Jemma Barsby run out within three balls of one another without scoring.

Earlier, Brisbane had themselves stuttered, having to recover from 56 for 4 in the tenth over to reach 114 for 6 from their 16 overs, with Laura Harris' seven-ball cameo crucial. She made 20, with two sixes and two fours in her brief time at the crease.

Danni Wyatt made 15 and Georgia Voll hit 16, while Grace Harris offered a caught-and-bowled to Amanda-Jade Wellington as Brisbane fell to 34 for 3 having been 27 without loss.

But they recovered to reach a total that ultimately proved to be enough.