Sibley's opening stand with Rob Yates became a List A record for Warwickshire against Gloucestershire, beating the 150 put together by Dennis Amiss and Alvin Kallicharran in 1979 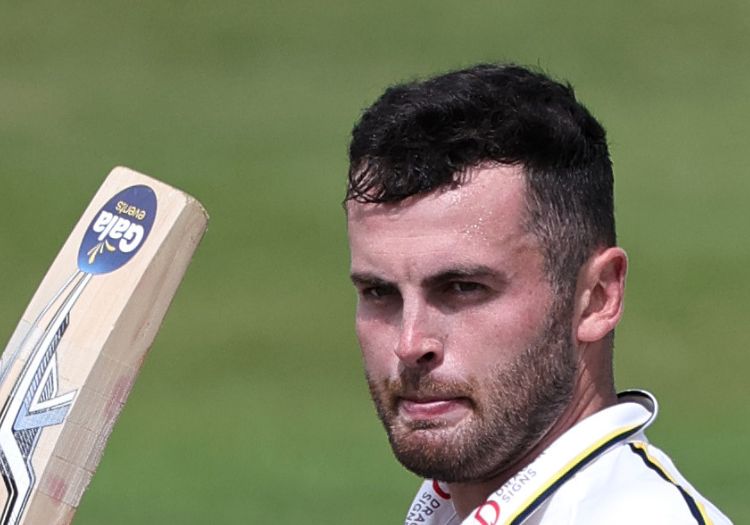 The home side posted 264 all out from 48.5 overs after losing the toss, Ben Wells (76) and Zafar Gohar (62) hitting career-best List A scores, while former Gloucestershire seamer Craig Miles claimed 3 for 53.

That total looked below par on a true pitch and a lightning outfield. So it proved, as Sibley finished unbeaten on 106 off 107 balls and Yates blasted 87, with 11 fours and a six, as Warwickshire raced to their target with 11.2 overs to spare.

Gloucestershire were left to rue too many batting errors as they suffered a third defeat in as many Cheltenham Festival fixtures, despite an encouraging start. Wells, making only his fifth List A appearance, timed the ball sweetly in overcast conditions, sharing an opening stand of 48 in 7.2 overs with Chris Dent, who hit a brisk 23 before chopping a ball from Miles onto his stumps.

Wells pulled Miles for six over midwicket as the hosts progressed to 63 for 1 off the initial ten overs powerplay before Marcus Harris was caught behind, driving at Oliver Hannon-Dalby. Miles claimed his second wicket when James Bracey was brilliantly caught by diving wicketkeeper Michael Burgess down the leg side to make it 78 for 3.

Wells went to his maiden List A fifty off 49 balls, with six fours and a six. Ollie Price had helped take the score to 126 when falling for a stylish 36, lbw to Indian left-arm spinner Krunal Pandya, making his Warwickshire debut. Jack Taylor smacked Pandya for six over midwicket before carelessly driving a catch to cover off former team-mate Liam Norwell and departing for 22. 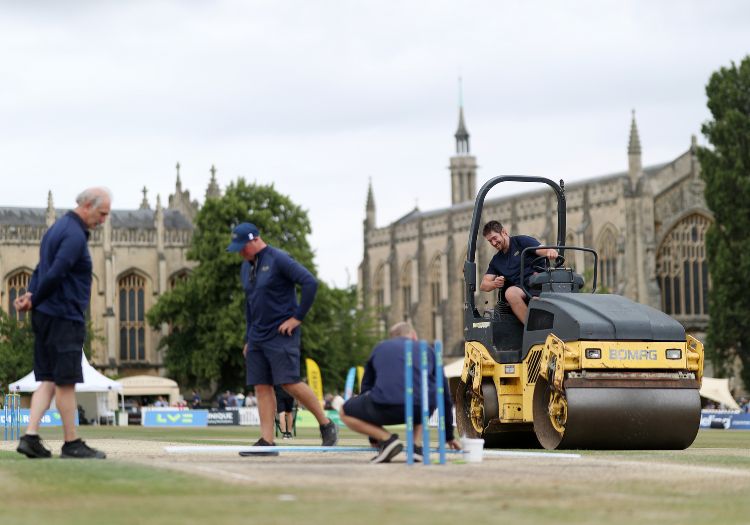 Wells' 87-ball innings ended when he skied a catch to deep cover off Rhodes, who also claimed the wicket of Tom Price, caught at mid-on to make the score 217 for 7. Tom Smith was bowled by Pandya sweeping and Josh Shaw lofted a catch to deep square off Hannon-Dalby, but Zahar boosted the the total with some lusty blows, reaching his half-century off 46 balls, with six fours.

He had some luck late on, dropped by Miles off his own bowling on 44 and given another life by Burgess who failed to realise he was short of his ground with the chance to run him out. Warwickshire's openers took a heavy toll on Dutch seamer Paul van Meekeren, whose opening two overs from the Chapel End cost 27 and included a six over midwicket by Yates.

The half century stand with Sibley occupied 7.1 overs and put the visitors in command. By the end of the tenth over they were cruising at 69 without loss. Yates breezed to fifty off 38 balls, with seven fours and a six. The 22-year-old left-hander brought the hundred up with successive fours off van Meekeren, whose second spell was also expensive.

With his partner flying along, Sibley was able to build a more measured half century, off 58 deliveries, with seven fours. Neither player looked in the slightest trouble. Their opening stand became a List A record for Warwickshire against Gloucestershire, beating the 150 put together by Dennis Amiss and Alvin Kallicharran at Moreton-in-Marsh in 1979, before Yates fell lbw attempting to sweep Ollie Price.

Rhodes soon joined in the run-fest, pulling Shaw for six over square-leg. The skipper then brought up 200 with a cracking back-foot shot through the covers off Tom Price, who responded by having him caught behind for 40 to claim his first List A wicket. Sibley launched a free hit off Price for six in moving imperiously to three figures off 104 balls, having also struck 11 fours.