PAKISTAN SUPER LEAGUE 2020: All you need to know 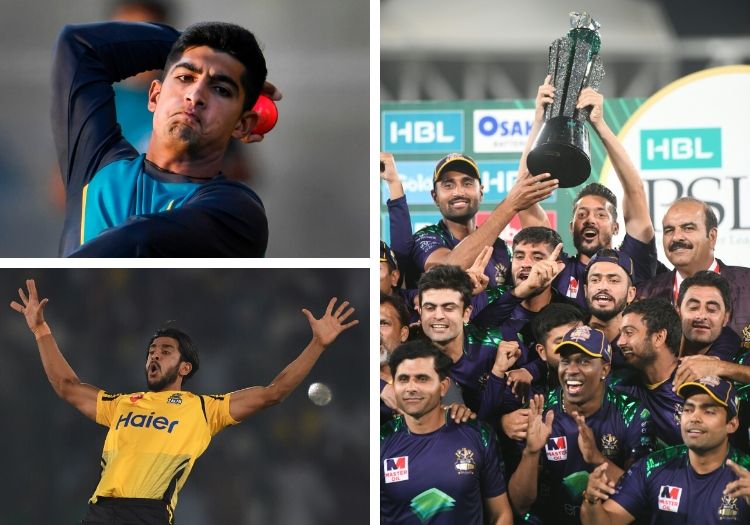 Elite cricket continues its return to Pakistan this week as the fifth instalment of the Pakistan Super League gets under way.

Six teams from around the country will once again take part, with 2020 marking the first time the tournament takes place entirely in Pakistan.

Previous editions have taken place predominantly in the United Arab Emirates, a short flight away over the Gulf of Oman.

However, after the successful running of the PSL finals in 2018 and 2019, as well as the return of Test cricket later in the year, all 34 fixtures are scheduled across four cities in the tournament's homeland.

The tournament kicks off at the National Stadium in Karachi on February 20 with a clash between 2019's champion Quetta Gladiators franchise and Islamabad United, who came home victorious in both 2016 and 2018.

The pool stage then runs through to March 15, with fixtures taking place in four cities throughout Pakistan. While most games kick off at 7pm local time, eight days also feature afternoon games, starting at 2pm.

Included in these fixtures are maiden PSL appearances for the cities of Rawalpindi and Multan, which will host eight and three games of the 34-match tournament respectively.

The top four teams after the double round-robin will progress through to a four-game playoff series, starting with the Qualifier in Karachi on March 17.

The winner of that fixture will pick up a direct spot in the final on March 22 at Lahore's Gaddafi Stadium, while the loser will have to fight through the Eliminators at the same ground on March 18 and 20. 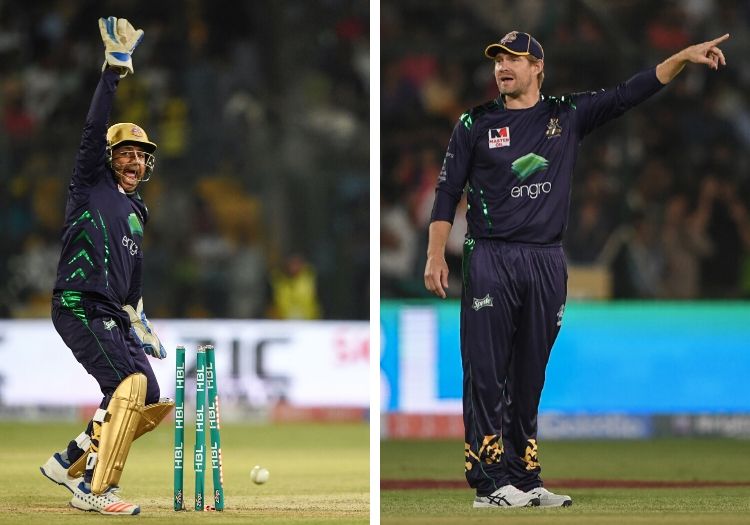 Who should we watch out for?

The pacesetters for much of the 2019 tournament were Quetta Gladiators, who took their first four group games and ended up only missing out on the top spot on net run rate. That did not hinder their chances, however – the team followed up their two earlier wins over Peshawar Zalmi by coming out on top again in both the first-v-second Qualifier match and the all-important tournament final in Karachi.

The Gladiators' hopes of becoming the first PSL team to defend their title look high, with key performers like Shane Watson and Mohammad Hasnain coming back for more and young Test star Naseem Shah finally available to make his competition debut. Jason Roy and Ben Cutting are among their overseas recruits, and Quetta will surely look to make a formidable impression.

But Darren Sammy's Peshawar Zalmi, who have made each of the last three PSL finals, are equally strong contenders to push for a second crown. A host of batting recruits have bolstered the squad, from fresh-faced England opener Tom Banton to the old hand of Shoaib Malik, and a local seam attack anchored by Wahab Riaz and Hasan Ali – the PSL's all-time leading wicket-takers – are sure to challenge yet again.

PAKISTAN SUPER LEAGUE 2020 SQUADS: Find out who is playing for which team in this year's PSL

A title win for either of those franchises would bring them level with Islamabad United, who lifted the inaugural trophy in 2016 before adding a second title two years later. This year, however, it is all change. Prodigious leg-spinner Shadab Khan steps up to the captaincy while coach Dean Jones has lost his job after four years, with Misbah-ul-Haq taking a brief sabbatical from his coaching and selection duties for the Pakistan national side to get a first taste at T20 league coaching ahead of October's World Cup in Australia.

At the other end of the scale with four wooden spoons in four years of competition are Lahore Qalandars. A PSL debut for star Big Bash opener Chris Lynn should certainly provide the side with a few flying starts, while Shaheen Afridi and Mohammad Hafeez could find a compelling balance of brute pace and canny spin – aided by new recruits Usman Shinwari and Seekkuge Prasanna respectively.

Multan Sultans have hardly fared better so far, pipping the Qalandars to fifth place but not quite a playoff spot in their two seasons in the league to date, but this year sees the team welcome former England boss Andy Flower at the helm of a new-look support staff. Shan Masood opens his tenure as captain alongside, and the performances of a real veteran core – Imran Tahir and Shahid Afridi, the only 40-year-olds in this year's rosters – will be pivotal.

The field is completed by Karachi Kings, a team desperate to improve upon their third-place best. To do that, they have recruited Jones from Islamabad to replace Mickey Arthur, and a top-order assault of Alex Hales, Cameron Delport and Babar Azam is the strongest offering in the league. Delport's Essex teammate Mohammad Amir also joins the side this season, though Englishman Dan Lawrence was replaced at the last minute by Chadwick Walton after an England Lions call-up. 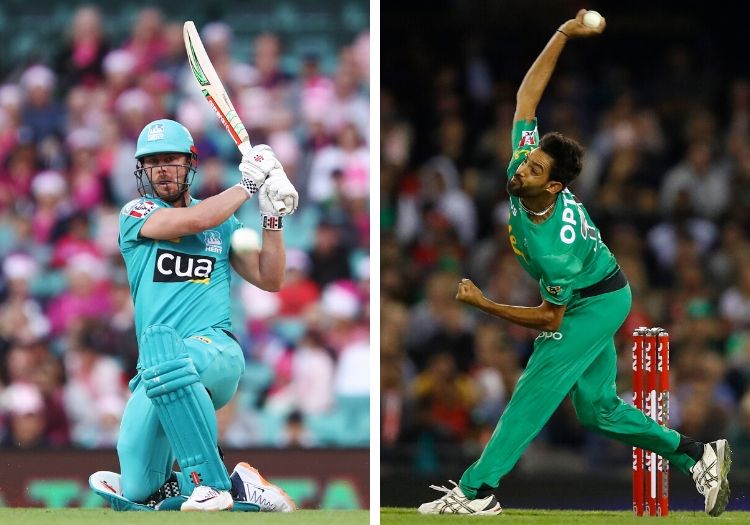 Are any English players involved?

For the third season running, 15 English players have been snapped up by the PSL's six franchises.

Peshawar Zalmi have the joint-largest contingent from the country, with Hampshire's World Cup winner Liam Dawson joined at the franchise by three fellow international players.

Somerset's Tom Banton and Lewis Gregory are both on board for their maiden PSL campaigns after earning England debuts in New Zealand late last year, while Lancashire allrounder Liam Livingstone joins the side from Karachi Kings as he looks to build on an impressive Big Bash debut and make his case for an England return.

Elsewhere, Multan Sultans not only opted to retain the services of Dawson's county teammate James Vince but also named him a brand ambassador. The batsman, who will celebrate his 29th birthday the day before the Sultans' final group game, will be joined by Ravi Bopara, Moeen Ali and Wayne Madsen.

The defending champions have added English speed and power to the mix this year, with Sussex paceman Tymal Mills and Surrey opener Jason Roy coming aboard, while Mills' county teammate Phil Salt returns to Islamabad United and is this time joined by fellow T20 World Cup contender Dawid Malan.

Mills had previously played alongside Dawson, Malan, Madsen and Chris Jordan for Peshawar, but Jordan has also departed the franchise to instead line up for the new-look Karachi Kings. Alex Hales also comes aboard having been released by Islamabad.

The English involvement is completed by Samit Patel, the sole representative of the country on the Lahore Qalandars roster. 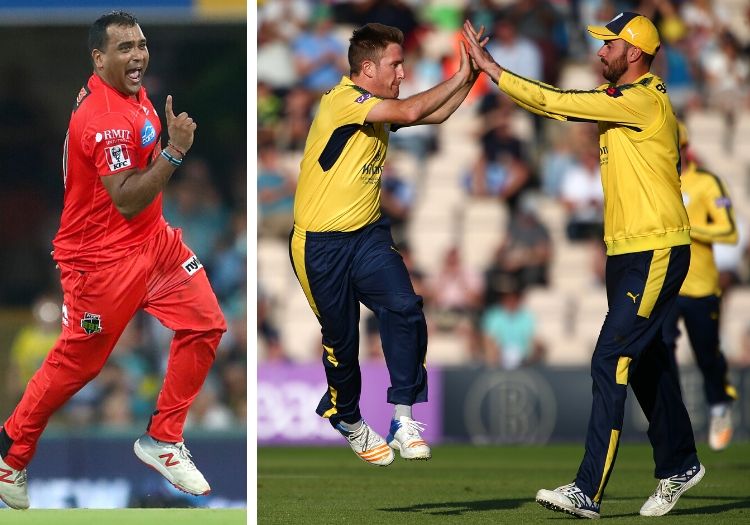 Samit Patel, Liam Dawson and James Vince are among the Englishmen heading to Pakistan

Fans around the world will be able to follow the tournament live via Cricket Gateway, a bespoke online streaming service. A pass to watch all 34 games live – plus highlights and full replays – can be picked up for US$19.99 (approximately £15, A$30, INR 1430).

Additionally, viewers in Pakistan will be able to watch games live via the BSports YouTube channel and the Jazz TV, Tapmad and Mjunoon.tv streaming services.

The bookies are backing Karachi Kings and Lahore Qalandars to finally turn their fortunes around at 10/3 apiece for the overall crown.

However, they are not displaying the same confidence for Quetta Gladiators to go back-to-back, with Sarfraz Ahmed's team 5/1 to retain the trophy.

A tight battle in the middle of the table is predicted with both Peshawar Zalmi and Islamabad United sitting at 9/2, while Multan Sultans sit just behind at 11/2 to complete the set.