Who are the favourites? Where can you watch the matches? What is the format? The Cricketer answers all the key questions and more ahead of the 2021 showcase in Oman and the United Arab Emirates 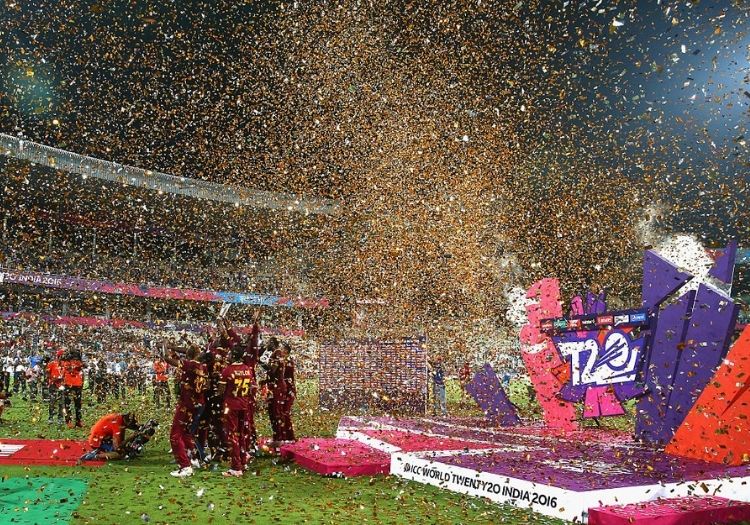 What is the competition?

The seventh edition of the ICC Men's T20 World Cup. First held in 2007, the tournament returns for the first time since 2016.

When does it start?

The first round begins on October 17 with an eight-team preliminary stage. Four sides will progress to the Super 12, joining the top nine sides plus hosts India from the ICC T20 rankings from December 31, 2018. That phase begins on October 23, followed by two semi-finals and a final on November 14.

Where is it happening?

The tournament was moved to Oman and the United Arab Emirates because of high COVID-19 rates in India, who were due to host the tournament. The Oman Cricket Academy Ground in Al Almerat will stage six first-round matches. There are three venues in the UAE, with Abu Dhabi’s Zayed Cricket Stadium and the Sharjah Cricket Stadium having matches in both the first round and Super 12. The Dubai International Stadium will host several marquee Super 12 fixtures and the final.

Why has there not been a World Cup for so long?

After six tournaments in nine years, plans for a T20 World Cup in 2018 were scrapped due to a cramped schedule. Another edition was slated for 2020 in Australia before the pandemic forced that to be postponed to 2022.

Who is taking part?

There are 16 nations, with the top nine ranked ICC full members at the end of 2018, alongside then-hosts India, qualifying automatically.

Perhaps the most notable absentees are Zimbabwe, who missed the qualifying tournament while serving an ICC suspension for government interference into the nation’s cricket administration.

What is the tournament structure?

There are effectively two group stages. The first round includes the six teams who progressed from the UAE and the two lowest-ranked automatic qualifiers, Bangladesh and Sri Lanka, split into two groups of four.

Group A features Sri Lanka, Ireland, Netherlands and Namibia. Group B, to be played solely in Oman, consists of Bangladesh, Oman, Papua New Guinea and Scotland.

A single round-robin will determine the top two in each pool, who will progress to the next phase.

Each team will play the others in its group once, with the top two advancing to the semi-finals. 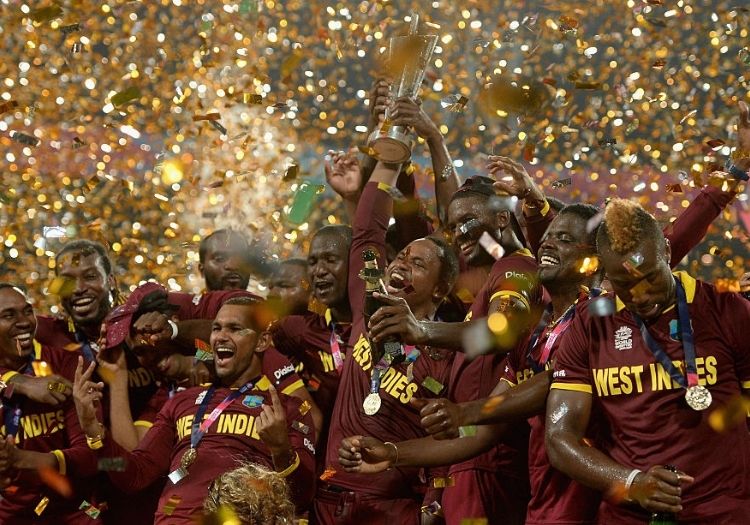 Can the West Indies make it back-to-back titles?

The World Cup will follow the standard T20 format, with bowlers being allowed to bowl a maximum of four overs each. The first six overs of both innings are powerplays, so no more than two fielders can be outside the 25-yard circle.

If a no-ball is bowled, the batting side is awarded one run and will receive a free hit where they can only be dismissed via a run out.

This will also be the first T20 World Cup with the Decision Review System (DRS). Teams will be allowed two unsuccessful reviews per innings.

Who is the favourite?

Even by regular T20-standards, there is a sense of randomness to this World Cup. Preparation was disrupted by lockdowns and bio-secure bubbles, and what plans teams could implement were initially devised for Indian conditions rather than the Arabian desert. That all three UAE pitches are coming off a month of IPL action will only add to the unpredictability.

Nevertheless, familiar names are the favourites according to the bookmakers, with India likely the team to beat. The 2007 champions have picked an intriguing squad with a clutch of front-line spinners, including an intriguing recall for Ravichandran Ashwin. Their line-up is full of superstars, such as Rohit Sharma, Hardik Pandya and Jasprit Bumrah, with plenty of international and IPL experience. And, of course, Virat Kohli will be desperate to lift the World Cup before he relinquishes the captaincy of India’s white-ball sides.

The closest challengers are expected to be England, despite the major absences of Jofra Archer and Ben Stokes. They boast a familiar batting line-up, featuring the likes of Jonny Bairstow, Jos Buttler and Jason Roy, to the one that powered its way to the 50-over World Cup in 2019. Defending champions West Indies, led by veterans Chris Gayle, Kieron Pollard and Dwayne Bravo, will also take some beating.

Elsewhere, New Zealand’s perennial over-achieving and their battery of fast bowlers mean they cannot be ruled out. Meanwhile, Pakistan have had their build-up heavily disrupted by last-minute series cancellations by New Zealand and England. Historically at their best when counted out, defying the odds and emerging from the chaos with the title would be very on-brand.

India fans can watch on Star Sports, with PTV Sports and Ten Sports holding the rights in Pakistan.

Fox Cricket and Kayo Sports are showing the matches in Australia, and New Zealand audiences are able to tune in on Sky Sport.

SLRC will broadcast the matches in Sri Lanka, ESPN in the Caribbean, and Willow TV in the United States.