Ahead of the Women's Big Bash League getting underway, the 28-year-old has put pen to paper on fresh terms 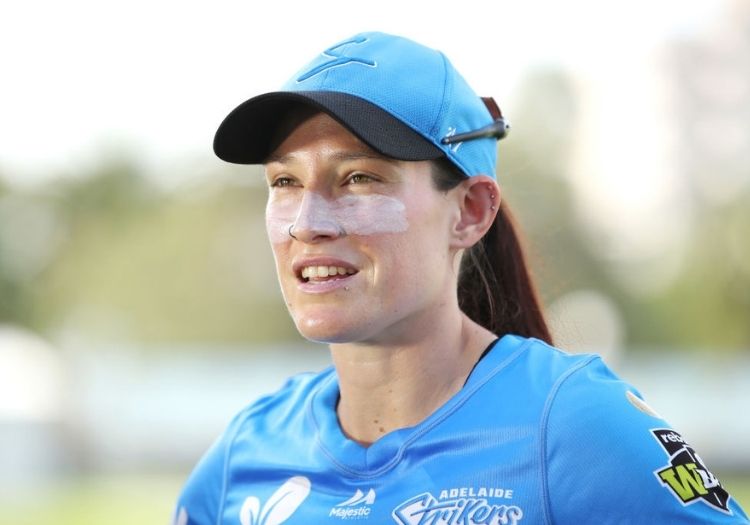 Adelaide Strikers have announced that their longest-serving player Megan Schutt has signed a three-year contract extension, seeing her remain at the club until at least 2024.

The Australia seamer was the very first player to officially agree terms with the Strikers back in July 2015 and has not missed a single Women’s Big Bash League (WBBL) fixture since.

Schutt, who captained the club last year in the absence of Suzie Bates, said: “I am so excited to sign a long-term deal as a Striker and am extremely motivated to continue the work of building something special with this amazing group we have.

“It is a dream to be able to represent Adelaide and South Australia and I will always do that with pride. We can’t wait to play in front of our passionate fans this season. There are plenty of games scheduled at home for us, so we’ll see everyone there!”

The right-armer averages just 24 with an economy rate below six in the shortest form of the game, and has taken 96 T20I wickets in 73 appearances for Australia. Across all formats, she has been capped 142 times at international level, and holds the distinction of being the first woman to take a hat-trick in both T20I and ODI cricket.

Head coach Luke Williams added: “Megan is a huge part of the Adelaide Strikers and we are thrilled to have her elite talent locked away for at least three more years. Megan brings much more than wickets to our team; she brings experience and a positive, professional attitude that affects our entire squad.

“I know how much Megan loves representing South Australia, and to have her in blue well into the future is a great result for everyone involved.”

The Strikers have also confirmed the finalisation of their squad list for the upcoming WBBL campaign, with the signing of 24-year-old Meagan Dixon.

The all-rounder represented Australia in the 2017 Indoor World Cup, before catching the eye of Strikers staff playing for Queensland Fire.

“I’m really excited to be a part of this group,” Dixon said. “Being able to learn from some of the most experienced bowlers in Megan Schutt, Sarah Coyte and Tahlia McGrath is something I am really excited about.“