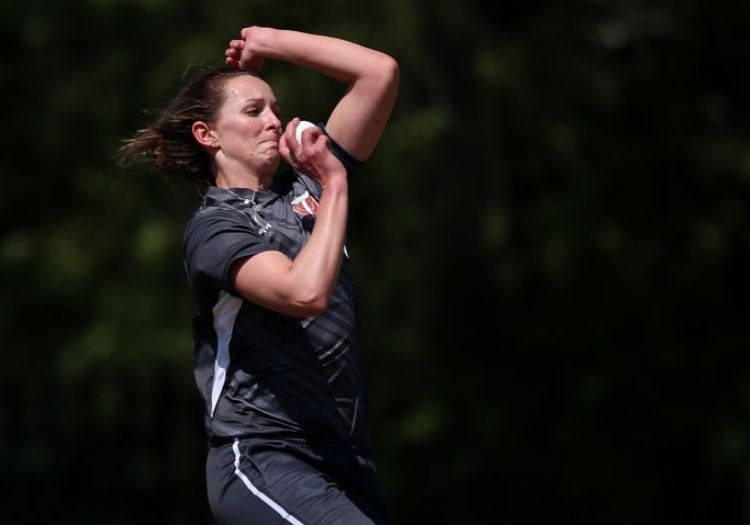 Kate Cross is hoping another positive performance for North West Thunder this weekend will be enough to seal a shot at her first England Test cap in almost six years.

Cross has made an excellent start to this season’s Rachael Heyhoe Flint Trophy.

With the Thunder winning one and losing one so far, the 29-year-old has claimed three wickets in each of the games and hit a superb 43 in the lower middle order in the win against Sunrisers at Chester Boughton Hall on Monday (May 31).

The Heywood seamer is the joint leading wicket-taker in the 50-over competition alongside England colleagues Katherine Brunt (Northern Diamonds) and Sophie Ecclestone.

She will face the Lightning at Chester on Sunday before the selectors pick their squad for the sole summer Test Match against India at Bristol on June 16.

It is the same venue where she took three wickets for the Thunder in their thrilling one-wicket defeat against Western Storm on Saturday (May 29).

Cross played her 28th one-day international on tour in New Zealand in February, but she made the last of her three Test Match appearances against Australia at Canterbury in August 2015.

Asked whether she had her eye on a Test return, she said unequivocally: “Always, always.

“You always get nervous around selection time. But you find a way to get used to dealing with those feelings. 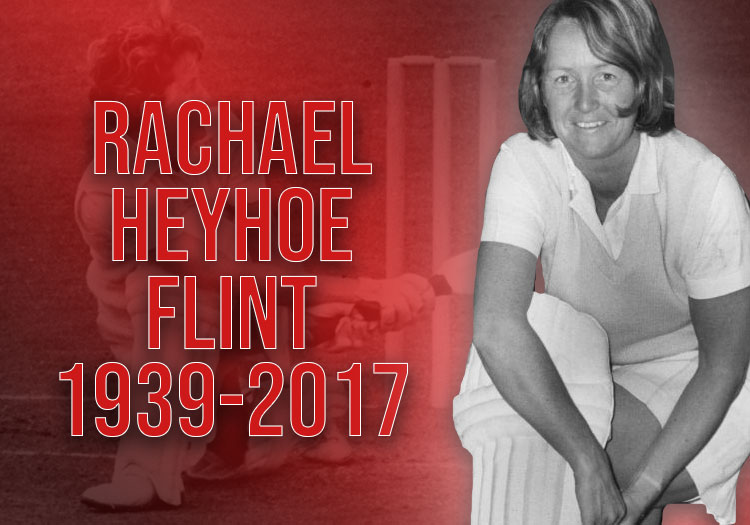 “I have one more opportunity to hopefully put my name in the hat for the Test Match and one-day series that follows. If it’s good enough, great. If not, I’ll help the Thunder.

“I just told myself that I wanted to enjoy my time playing in the Rachael Heyhoe Flint.

“If that’s good enough to get selected, brilliant. If not, I still get the chance to come back and play for the Thunder.

“In the past, we’ve been starved of those opportunities to play good cricket when not selected for England. Now, there’s always going to be something to get your teeth stuck into.

“It was nice to bowl well at Bristol on Saturday on a pitch which might be similar to what we get for the Test Match.

“We don’t get much opportunity to bowl with the red ball, but I always enjoy it when we do.

“It’s my bread and butter - being boringly aggressive and attacking the stumps is what you need to do in Tests.” 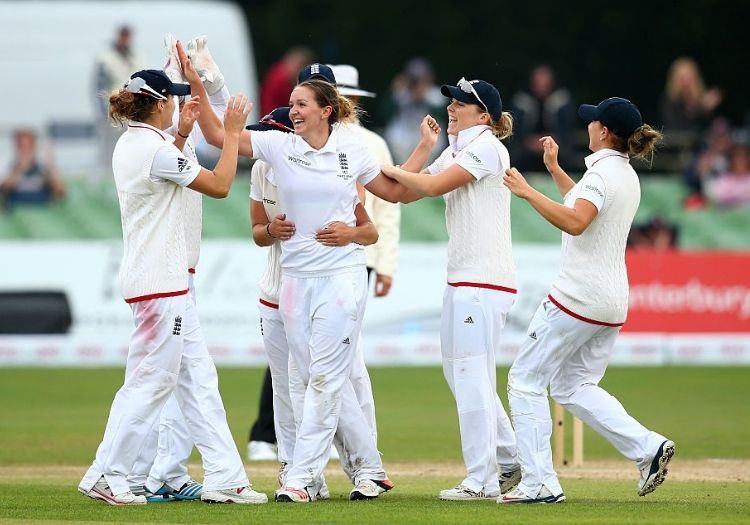 She has since missed out on selection for the last two Tests against the Aussies in 2017 and 2019.

“I knew coming into the Rachael Heyhoe Flint that it would be my opportunity to put my hand up for selection,” she added.

“But the biggest thing you want to do coming back and playing is you want to help your team win games.

“I felt like I bowled better on Saturday than I did on Monday even though I was still able to pick up wickets and get the team into a winning position.

“And we only won by 36 in the end, so my runs became more crucial.

“Again, it’s opportunity. I don’t get much chance to bat with England, so it was nice to spend some time in the middle and put my hand up and give the selectors a bit of a headache.”